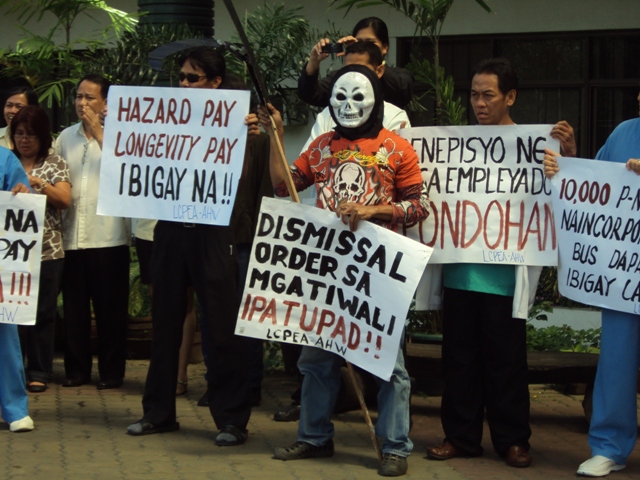 MANILA – “We are not kids, we do not need candies or sugar-coated alibis. We do our duty to save lives, so we demand that the LCP management and government authorities do their duty to us and our patients by providing adequate budget for our hospital and our benefits,” said Ely Sobinsky, president of Lung Center of the Philippines (LCP) Employees Association – Alliance of Health Workers, in their latest series of weekly protests in front of the Lung Center in Quezon City.

The hospital employees donned Halloween masks and characters in their protest early this week, to dramatize the “scary” direction the government is taking with regard to public health and public hospitals.

“Instead of pushing for higher health budget for public hospitals, the DOH blindly implements the Aquino administration’s budget cuts, to the detriment of health services, patients’ and health workers’ welfare,” said Robert Mendoza, secretary-general of the Alliance of Health Workers.

The health alliance criticized the Aquino government’s and the LCP management’s “playing deaf and blind” to the predicament of health workers and patients.

LCP executive director Dr. Jose Luis Danguilan originally requested a P300-million ($7-m) subsidy from the national government, an amount that is already low based on the demand of the progressive health groups for free, comprehensive health care. But the DOH-proposed budget had been only a little over half of Danguilan’s asking budget for the Lung Center of the Philippines. 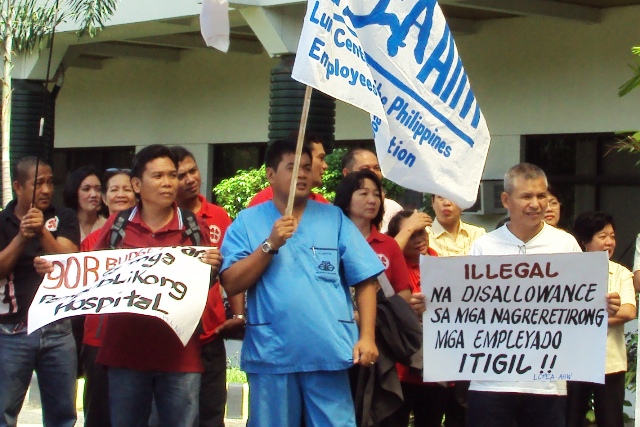 The lobbying efforts of health groups reportedly resulted in some P100-million ($2.3m) additional subsidy to LCP for 2012, based on the approved budget by the House of Representatives last Oct 11.

The health workers have also been asking the hospital management to complete the release of their 2010 Productivity Enhancement, and to stop the forced disallowances of as much as P100,000 ($2,324) per employee. 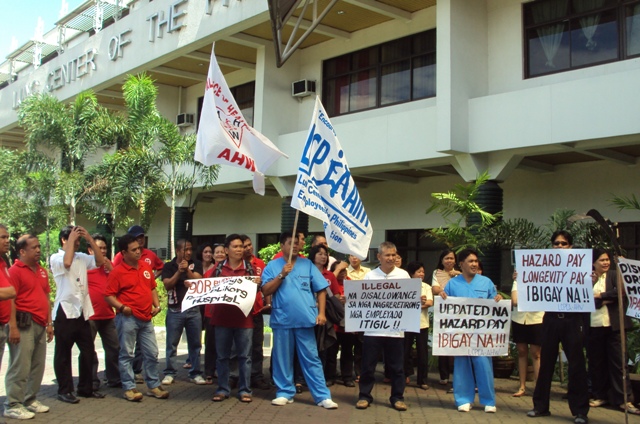 “The LCP management tells us in every dialogue that the hospital has no savings from which to source the employee benefits. But surprisingly, the hospital can well afford to construct new buildings,” Sobinsky said. 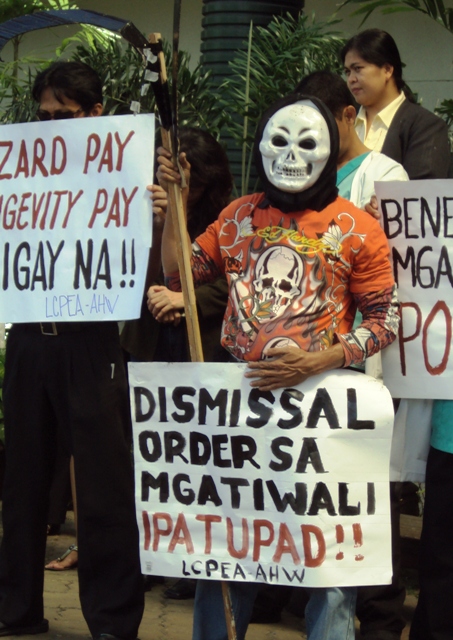 <\br>
The hospital union is also questioning the continued employment and exercise of power in the hospital of their current financial services chief, Ms Angeline Rojas. The union said in a statement that the Office of the Ombudsman has twice given Rojas an order for her dismissal, due to “grave misconduct” involving millions of hospital funds.