Mary, the 13-year-old mother to her siblings

They say children must be able to learn how to be responsible at an early age. Mary (not her real name) is only 13 year old, yet she already has a big responsibility. Her mother died in an illness last year and now she is taking care of her three other siblings. Like an adult, Mary carries a huge burden as she is not only thinking about herself but her entire family as well.

Mary is one of the residents in barangay Corazon De Jesus whose houses were demolished last Jan. 11. Right now she and her other siblings, together with the other residents who refused to be relocated in Rizal, are staying at the temporary shelter provided by the Task Force on Urban Conscientization-Association of Major Religious Superiors (TFUC-AMRSP) in New Manila in Quezon City. 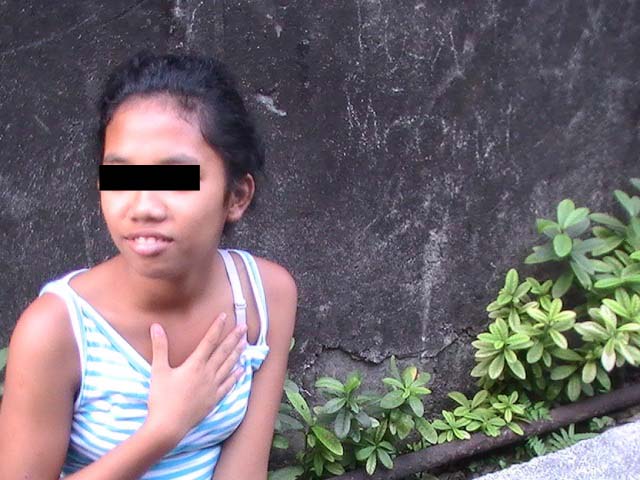 Mary, the 13 year old mother to her siblings still manages to laugh even if life is difficult.(Photo by Anne Marxze D. Umil / bulatlat.com)

On Jan. 11, as early as 5:00 am, Mary packed their things. Her father, at that time, was working as a barker (one who calls out passengers to ride a jeep or bus) at a parking lot of a mall in Ortigas. Mary had to do everything by herself–from packing their things, putting her siblings to safety to building a temporary shelter at Dona Camella, near barangay Corazon De Jesus.

Her father is always away because of his work and Mary has to take care of other siblings ages 12, eight and five. At 13, Mary has the responsibility of a mother. And because of poverty, Mary and the rest of her siblings had already stopped studying.

When asked about how she feels now that she has a big responsibility because her mother is gone, Mary is fighting to hold back her tears. “It is very difficult (when my mother died); of course I have to take care of my siblings. I have to do the laundry, cook for them.” 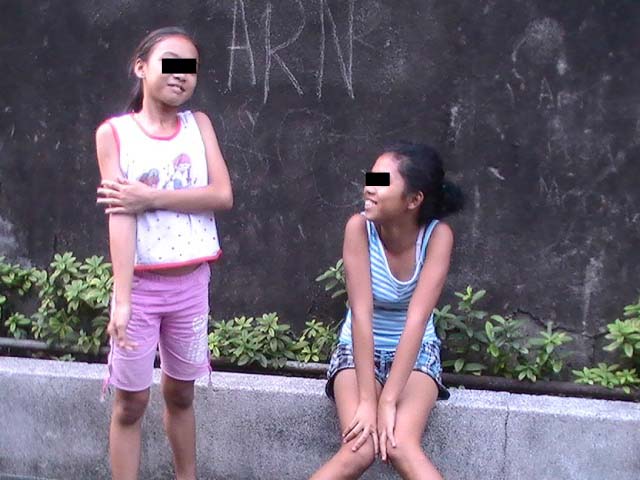 I suddenly remembered how I usually rant over household chores. When I was nine, we do all of the household chores because our mother and our father have to go to work. Every afternoon, when I and my sibling are outside the house playing, I had to go back to the house to cook rice, and I really hate it then. Because I was a child and I loved playing outside, the rice was always burned. I remember how my grandfather would curse me, asking me if I wanted to burn our house. I also hated it when I have to take care of my younger brother because I wanted to play. But Mary, she’s not complaining even if she wants to, she can’t. She’s the only one that her siblings have.

What broke my heart even more is the fact that they were evicted from the house where they have lived since they were born. Like the other kids, Mary’s concern is where they will live. She is angry, she said.

I was trying to comfort her and tell me how she feels, but she can’t. She is fighting so hard not to break down.

Even though their life is difficult, Mary knows life still goes on. She plays with other children at their temporary shelter, letting out a hearty laugh to ease her pain.