UP, artists reiterate call for release of Ericson Acosta 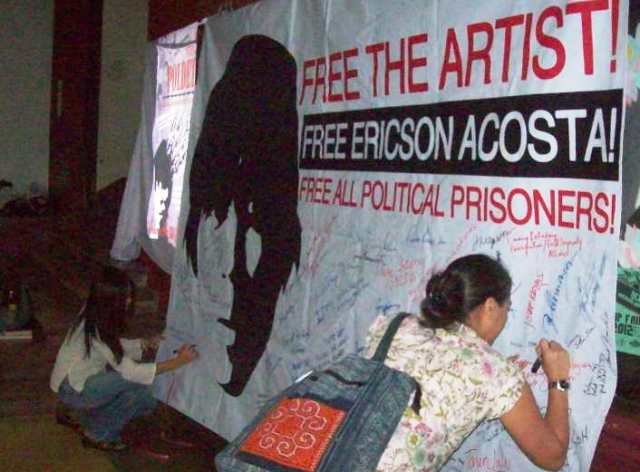 MANILA – Members of the University of the Philippines (UP) community, artists and colleagues marked the first year of detention of Ericson Acosta in a press conference and music jam, at UP Palma Hall, Feb. 10.

Acosta, 39, was arrested on Feb. 13 last year by elements of the 34th Infantry Battalion (IB) of the Philippine Army in San Jorge, Samar. He is charged with illegal possession of explosives and detained at the Calbayog Sub-Provincial Jail. 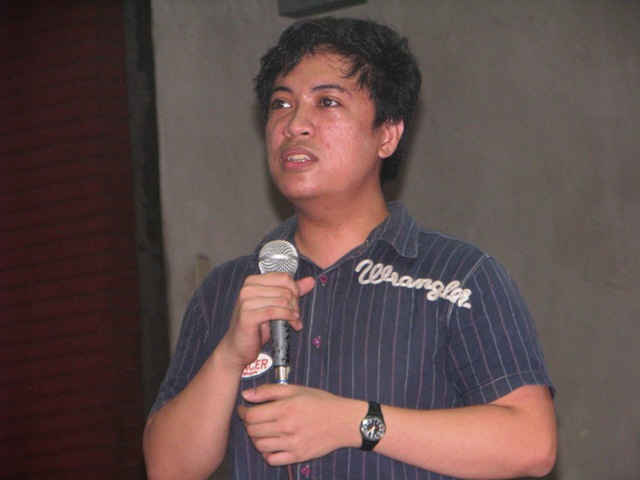 Marjohara Tucay, editor in chief of Philippine Collegian, decried the slow justice system in the country. “The Department of Justice has not issued a resolution [on Acosta’s case] despite the fact that the current Justice Secretary was chairwoman of Commission on Human Rights,” Tucay said in his speech.

Acosta’s lawyers have filed a petition for review before the DOJ on September 1 last year. In its petition, Acosta’s counsels from the National Union of Peoples’ Lawyers (NUPL) stated several irregularities and human rights violations in Acosta’s arrest and detention, including the absence of any warrant, denial of the right to counsel and other violations of the Miranda doctrine or rights of persons being arrested.

Roselle Pineda, a member of the Congress of Teachers for Nationalism and Democracy (Contend)-UP, said the charges filed against Acosta are fabricated. “He did not possess any firearms. He only has sharp words,” Pineda said. 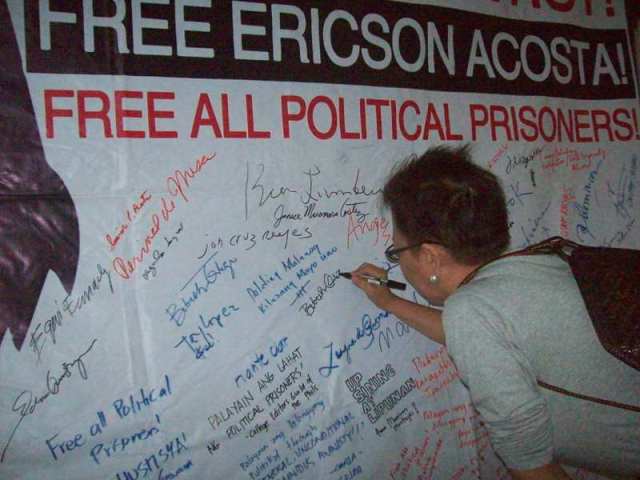 Noel Colina, a member of the Free Ericson Acosta Campaign (FEAC) said Acosta has only continued the progressive tradition of Philippine Collegian, that is “to give voice to the oppressed.”

“He served as the voice of the peasants in Samar who were victims of land grabbing and other forms of exploitation. He conducted a research and wrote about this. His work is an extension of what he used to do inside the university,” Colina, who was a student activist in UP at the time he met Acosta, said. 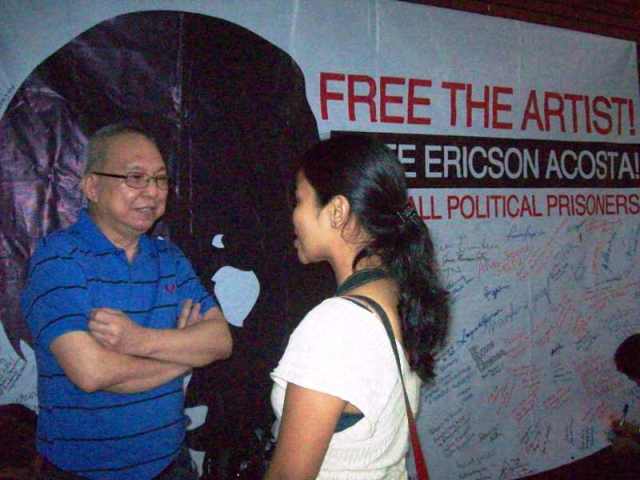 Dennis Longid, another member of FEAC and former student regent of UP, related that he found it difficult to explain to his four-year-old daughter why Acosta is detained. “I told her Tito Ericson is only helping the poor and she told me she no longer wants to help the poor because she could also be detained. What would happen to our society if no one would serve the marginalized sectors?” Longid said. 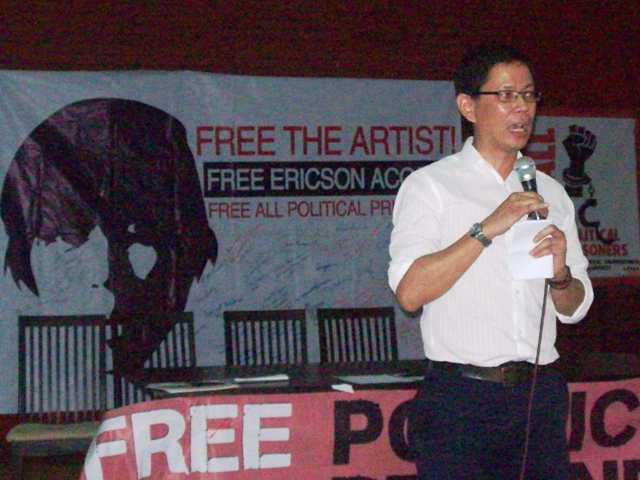 Roland Tolentino, dean of the UP College of Mass Communications and president of Contend-UP, slammed the violations of the rights of UP students. Besides Acosta, Tolentino cited the arrest and detention of film student Maricon Montajes and the enforced disappearance of Sherlyn Cadapan and Karen Empeño.

“Even if it has become dangerous to integrate with the masses, the scholars of the nation know it has to be done,” Tolentino said in his speech. 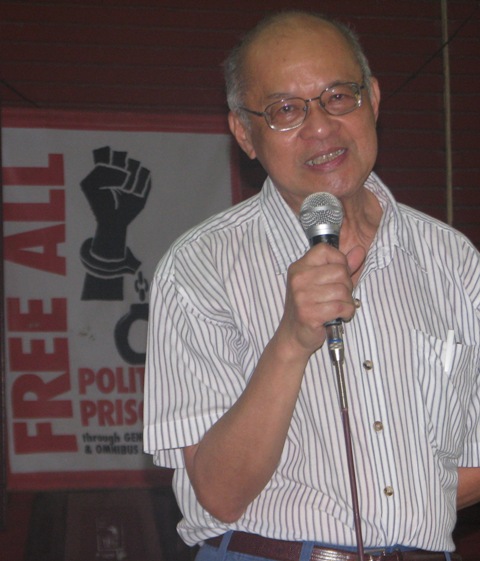 “It is important for us to bear witness to truth of injustice,” writer Epifanio San Juan Jr. said.

Award-winning scriptwriter and playwright Ricky Lee, award-winning director and actor Bibeth Orteza who is also a member of the UP Board of Regents, song writer Jess Santiago, visual artist Boy Dominguez attended the event. 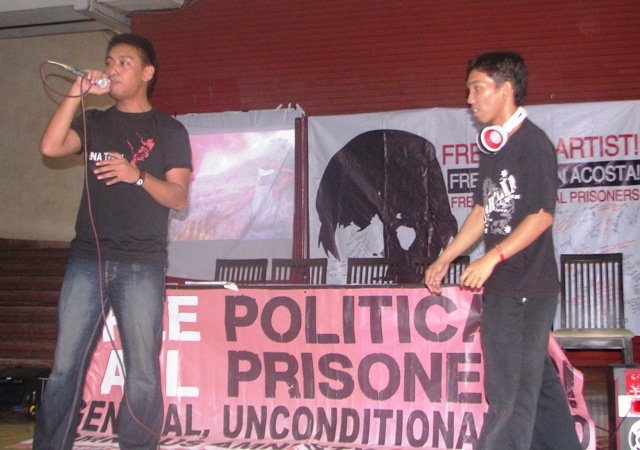