MANILA — Urban poor groups and a government employees union held a protest action in front of the Quezon City Hall to criticize the recently passed local ordinance that designates the East and North Triangles as the city’s central business district. But they were prevented from entering the city hall and, in the process, six urban poor protesters were hurt during the dispersal.

“The injury is nothing compared to the sufferings that families face everyday because of threats of demolition.” Salvacion Berza, one of the injured residents, said.

At around 10:30 a.m. residents and members of Barangay Central Neighborhood Association-Kadamay, who come from the urban poor communities along BIR road, and the September 23 Movement from Sitio San Roque stormed the Quezon City Hall. Police and security guards prevented the protesters from entering the city hall’s main building by barricading it with metal barricades.

Protesters still managed to stage a 30-minute program before they had an organized dispersal.

Urban poor groups were criticizing the Quezon City Central Business District, a 250-hectare project that aims to transform Quezon City as a haven for foreign investors. The project is being implemented by virtue of Executive Orders 620 and 620-A signed under former president Gloria Macapagal-Arroyo but is now being continued under President Benigno “Noynoy” C. Aquino III. It would, however, displace five urban poor communities and government offices and its employees. 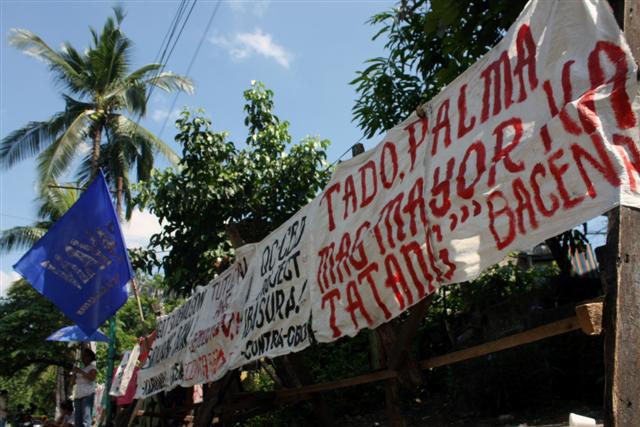 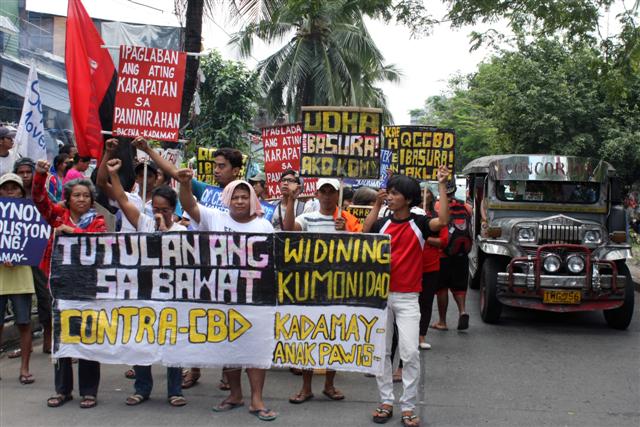 The recently passed QCCBD ordinance, declaring the North and East Triangle and the Veterans area as the city’s business district, Contra-QCBD said, is a gesture of the Aquino administration’s efforts to distance itself from the issue since the resistance of urban poor families to be displaced to relocation sites where there they will have no source of income has reached the national consciousness.

They added that a few months after he was elected, the demolition of homes of some 200 families in North Triangle exposed the real score in Aquino’s purported pro-poor stance.

“But his responsibility remains for every demolition of urban poor community being implemented by the local government units,” Gloria Arellano, secretary general of Kadamay, said.

On March 28, the Task Force for the Control,Prevention, Privatization and Demolition of Illegal Structures and Squatters, an agency under the office of Quezon City Mayor Herbert Bautista, handed a notice of demolition to residents living along BIR Road and in Sitio San Roque.

Residents added that they have received reports saying that the Quezon

City local government has only until August to implement the full-blown demolition of homes of the urban poor settlers. “Investors are already putting high pressure on Malacañang to complete the projects that has been delayed for five years now,” Kadamay said in a statement.

Kadamay cited that there are currently 16,000 urban poor families who would be affected by demolitions in Metro Manila alone. “The number is even more glaring on a nationwide scale.”

“This despite the fact that demolition is prohibited without decent relocation, where there is quality housing, adequate basic services and sustainable livelihood support,” Arellano said.

Doubts on Aquino’s ability to lead the country

“Aquino’s demolition rampage, the widespread unemployment, the unabated oil price increases and the looming power rate hike raises questions regarding his ability and authority to lead the nation,” Arellano said. 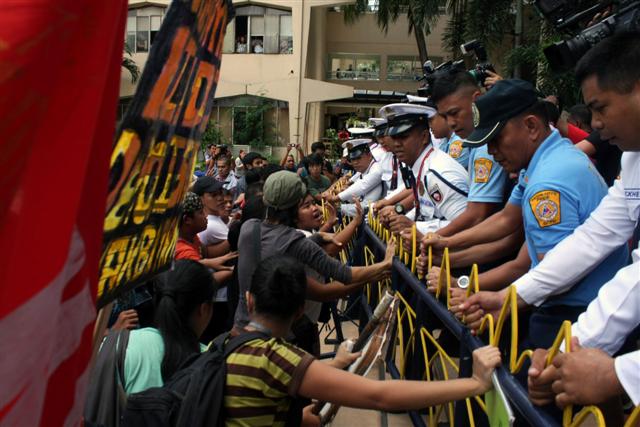 She added that if the Aquino administration wants to stay in power in the years to come, the welfare and concerns of the urban poor should be addressed accordingly. “UDHA, as an example, should be repealed instead of being reinforced by orders such as EO 69,” Arellano said. UDHA is the Urban Development and Housing Act of 1992.

“Aquino should not resort to topsy-turvy measures dictated by some of his “activist” cabinet members who are pretending as urban poor experts,” Arellano said.

With the demolitions at hand, Arellano said, the urban poor will definitely defend their homes.

“They will directly put the blame on Aquino’s inconsistency with his pro-poor image and with the covenant he signed with the urban poor as presidential candidate,” she said, adding that the government is bound to face more fierce resistance and louder clamor from the urban poor sector in the days to come.