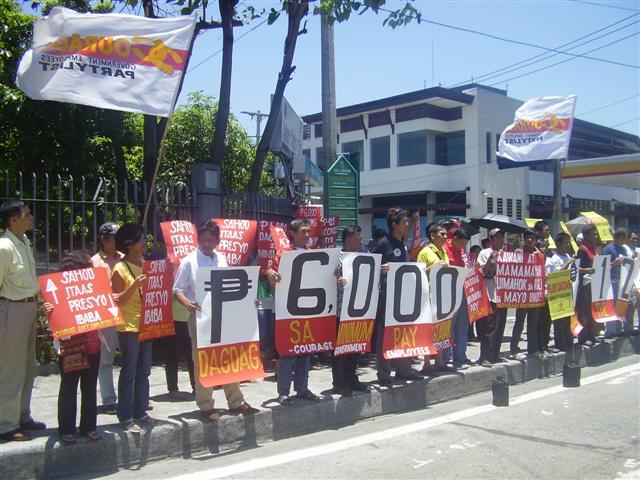 MANILA – Government employees called for a wage increase in a picket rally outside the National Printing Office building along EDSA, more than a week before the May 1, Labor Day.

In a statement, Ferdinand Gaite of the Courage Government Employees Partylist said the need for a wage increase and the increasing prices of everything remain as the top concerns of the Filipino people, citing results of a recent Pulse Asia survey.

“It’s still the economy, the bread and butter issues of the people that matters most. In fact, based on the same survey the impeachment of Supreme Court Chief Justice Renato Corona is least of the people’s concerns,” he said, adding that the government is using the impeachment case against Corona to detract the people from its inaction to their needs,

“It is high time President Aquino heeds the people’s demand or face the growing upheaval and dissent,” Gaite added.

Government employees have long demanded for a $139 wage increase in their monthly salaries. During the picket, they also called for a $2.9 daily wage increase that workers from the private sector are also calling for.

The current minimum pay of state workers ($192 per month) and workers in private sectors ($9.4 per day) are “way below what a family of six members need to survive,” said Gaite. Government data shows that a family of six needs at least $22.3 a day or almost $698 a day in order to live decently. 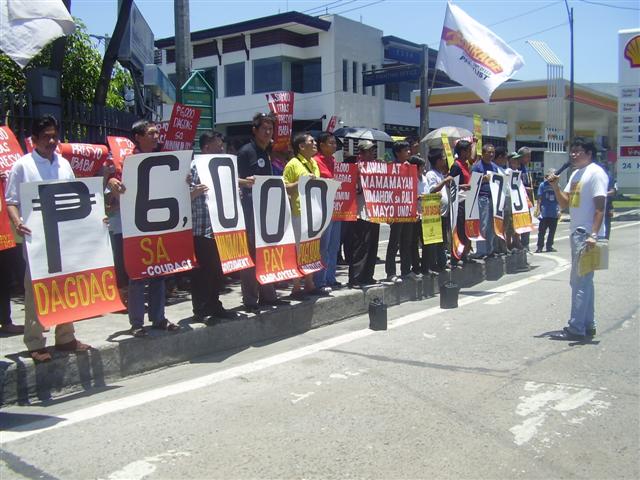 “With the escalating prices of basic goods such as food, oil, water, power, fare, among others – the wage hike demand is even more justified,” Gaite added.

Government employees also announced their plan of joining the workers protest action on May 1, Labor Day.