Karapatan-Southern Tagalog, in coordination with Artists’ Arrest, and other human rights groups marked the 9th death anniversary of human rights worker Eden Marcellana and peasant leader Eddie Gumanoy through an art exhibit set up just along the entrance of the crowded Redemptorist Church in Baclaran last April 25. 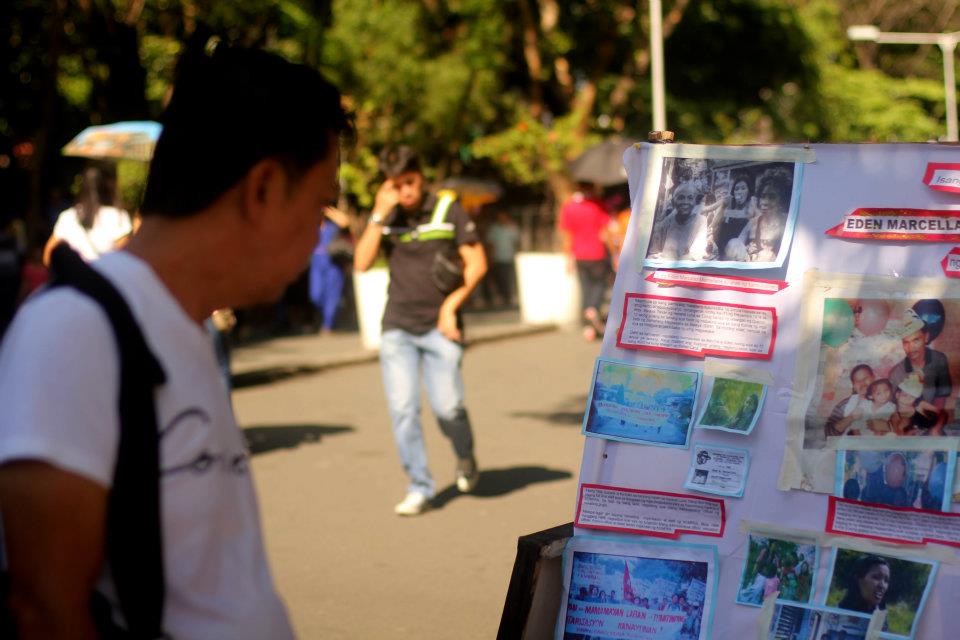 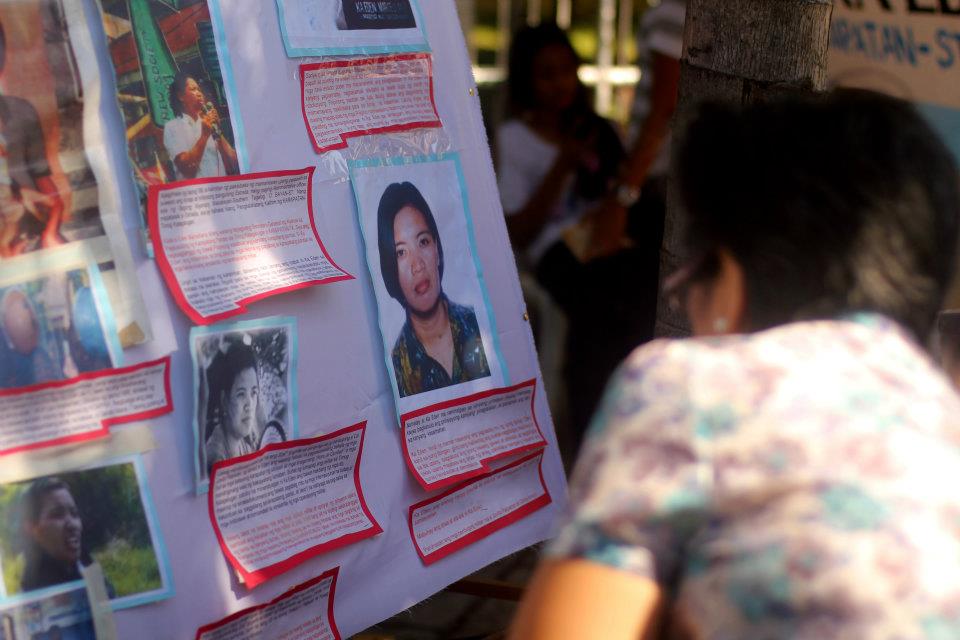 Independent artists from various institutions showcased their artworks, depicting not only the stories on the lives of Marcellana and Gumanoy, but the general situation of injustice the country faces daily. 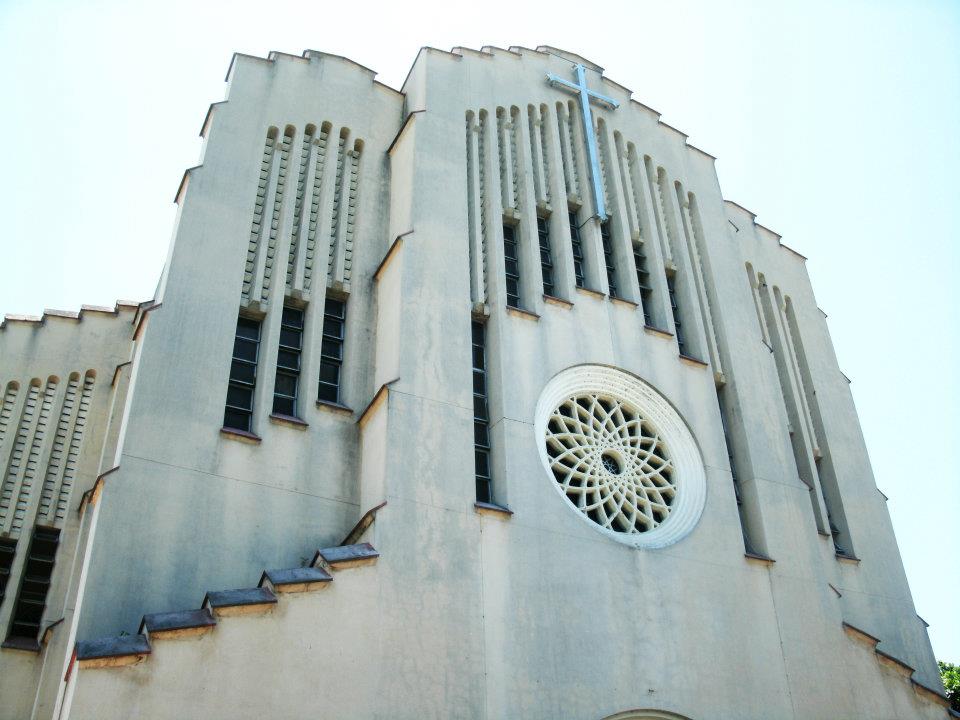 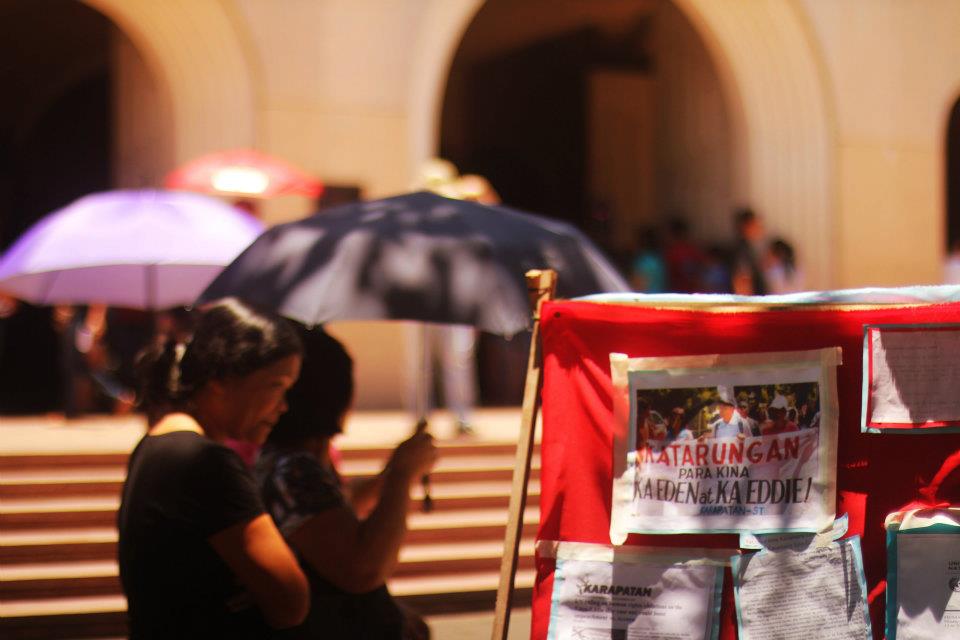 The event organizers originally planned to hold a mass for the two but failed to acquire permission from the church so they opted to establish an art exhibit instead, which went well as the displayed paintings and other artworks attracted Baclaran parishioners and passersby. 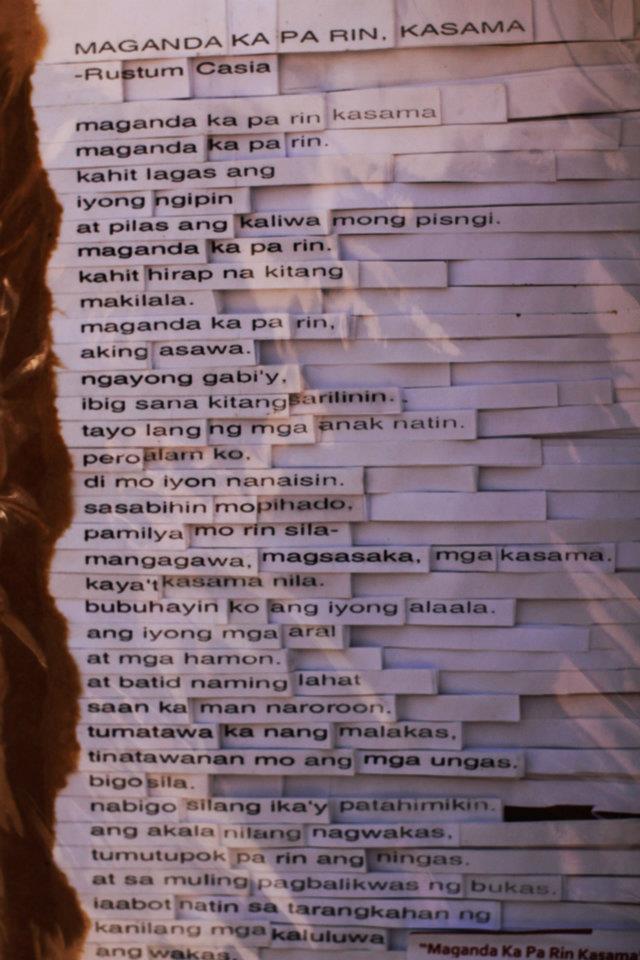 Apart from from the art contributions, two bulletin boards were raised featuring photos of the two slain activitists and their valuable contributions to the struggle for human and peasant rights. 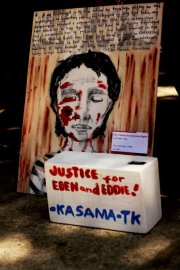 On April 22, 2003, the two led a Karapatan-ST-led Quick Response Team (QRT) investigation about reported extra-judicial killings in Mindoro Oriental. Thy were were brutally slain by soldiers under the command of then Gen. Jovito Palparan. 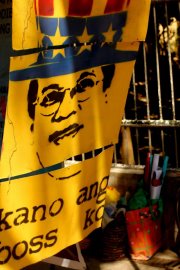 After nine years and several court hearings, the case remains open and unresolved.

On April 23, activists from Karapatan-ST and peasant group KASAMA-TK held a rally in front of the Department of Justice (DOJ), calling on Sec.Leila de Lima to reopen the case. A dialogue between the said groups and DOJ ensued while protests continued outside the building. Undersecretary Francisco Baraan III proposed a one-week rereading of the case saying they were unfamiliar with the case.