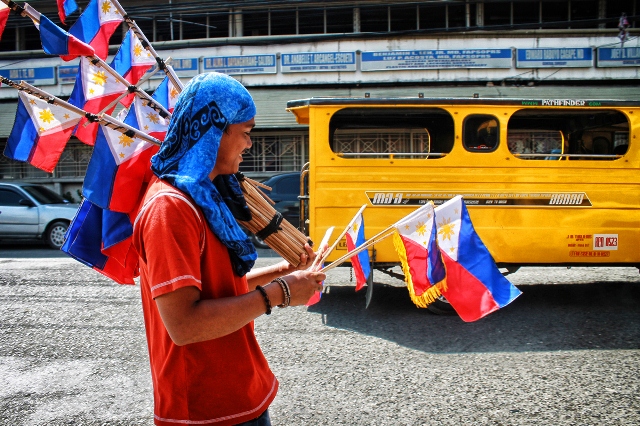 MANILA — A man sells miniature Philippine flags along Davao City’s Ponciano Street. On June 12, the country commemorated its declaration of independence from Spain, 114 years ago.

June 12 is an official holiday in the Philippines since President Diosdado Macapagal signed the Republic Act No. 4166 declaring this on August 4, 1964. The Philippine government since then have been annually holding mini-reenactment of the first time the Philippine flag was raised and the national anthem was played, which was in 1898, following the victory of armed revolt against the then Spanish colonizers. The first Philippine republic had been short-lived though, since the US launched war against the republic and directly colonized it until 1946. 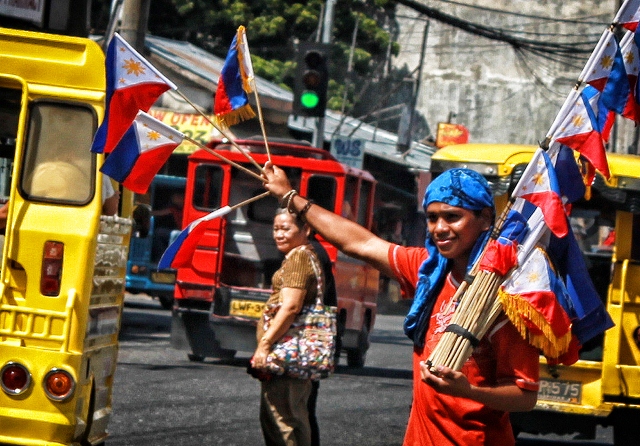 This June 12, the Aquino government held simultaneous Independence Day activities in separate places designated by historians as significant. But patriotic and progressive groups said there is no genuine independence when resources are controlled by big foreign companies at the expense of most Filipinos, and the government is being led by “puppets of US imperialist.”

Still, for the independence day programs regularly held all over the countrys, Philippine flags remain as hot merchandise on streets, such as in these photos taken in Davao City and in Antipolo City. 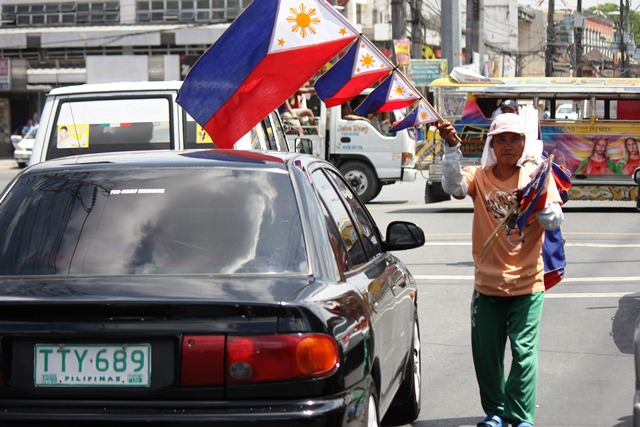