You Are Here: Home → 2012 → July → 3 → Perception Economics: Two years of the Aquino administration

The administration is hard-pressed to provide similar glowing accounts of sustainable development on the ground because there are still no such gains to speak of.

MANILA — The Aquino administration asserts that “good governance leads to good economics” and points to rapid economic growth in the first quarter of 2012, supposedly looming investment-grade credit ratings, and even alleged creditor nation status. Yet while these indicators of supposedly sound macroeconomic and fiscal fundamentals are appealing to banks, credit rating agencies and investor groups, they do not reflect the reality of continuing problems for the economy and tens of millions of Filipinos.

The administration is hard-pressed to provide similar glowing accounts of sustainable development on the ground because there are still no such gains to speak of.

The reported high 6.4% growth in gross domestic product (GDP) in the first quarter is welcome but unfortunately empty and appears largely due to a surge in government spending that is likely to be temporary. Government consumption grew 24% from a 15.8% contraction in the same period last year while public investment grew 62.2% from a 37.9% contraction. In contrast, household consumption only grew marginally faster to 6.6% from 5.9% last year while private investment actually shrank by 9.9% from 23% growth last year – indicating that the private sector did not seem to share the administration’s optimism in the first quarter. Overall investment actually contracted 23.5% from 36.1% growth in the first quarter of last year. 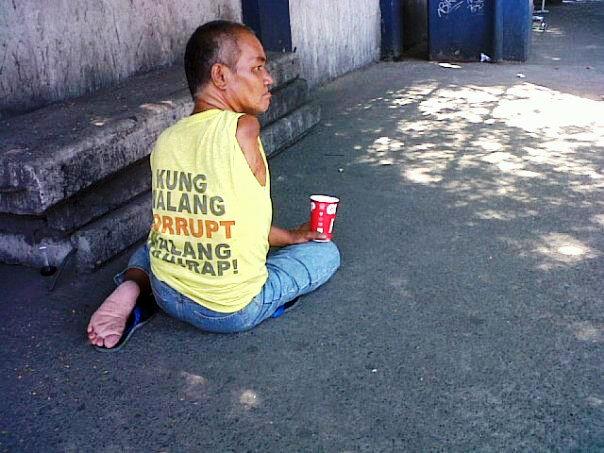 The most important sectors of the economy actually slowed substantially in the first quarter from last year. Growth of agriculture dropped from 4.4% last year to just 1% and of industry from 7.3% to just 4.9 percent. Yet these are the sectors that are supposed to create the most jobs, have the greatest productivity and be the main drivers of economic growth.

Consequently the country’s jobs crisis remains despite supposedly sound fundamentals. According to IBON estimates on National Statistics Office (NSO) data, the total number of unemployed and underemployed Filipinos has increased by 780,000 in the last two years, from 10.9 million in April 2010 to 11.7 million in April 2012 – consisting of 4.4 million unemployed and 7.3 million underemployed. While the unemployment rate over the same period fell from 11.4% to 10.3% this was more than offset by rising underemployment which rose from 17.8% to 19.3 percent. These trends remain even if official NSO data that underreports unemployment is used.

Over one million jobs were supposedly created in April 2012 from the year before but these consisted of 2.5 million additional part-time workers and a large 1.6 million drop in full-time workers. Merely part-time work now accounts for 43% of jobs in the economy, or 16.2 million out of 37.8 million employed. All these indicate that the quality of jobs being generated is deteriorating.

Wages remain too low for decent living. Despite the recent staggered Php30 wage hike in NCR, the mandated minimum wage of Php446 in May 2012 is just 44% of the Php1,017 family living wage (FLW). This wage gap is even greater than a decade ago, in May 2002, when the minimum wage was 53% of the FLW. As it is the real wage of wages that workers actually received was virtually unchanged between July 2010 (Php308) and July 2011 (Php307, taking inflation into account). The administration has categorically dismissed justifiable calls for an across-the-board Php125 wage hike.

In terms of land distribution, the Aquino administration has the weakest among any post-Marcos governments – with the Department of Agrarian Reform (DAR) and Department of Environment and Natural Resources (DENR) distributing an average of just 13,819 hectares per month over the July 2010-September 2011 period. This is just one-third of the 38,229 hectare per month average under former president Ramos, with the highest land distribution accomplishment, and even less than the 17,311 hectare per month average under former president Arroyo. At the current rate of DAR land distribution the Aquino administration is already over five-and-a-half years behind schedule with its June 2014 target under the extended agrarian reform program CARPer.

Even the flagship dole-out conditional cash transfer (CCT) program, the Pantawid Pamilyang Pilipino Program (4Ps), is due to peak in 2013-2014 with the number of beneficiaries declining rapidly afterwards. Around two million beneficiaries graduating from the program next year will have to confront the still poor prospects for jobs and incomes in the economy.

In contrast the wealth of an elite few and corporate profits have continued to soar. Amid poverty and economic underdevelopment the collective wealth of the 40 richest Filipinos more than doubled and grew by US$24.6 billion (108%) from US$22.8 billion reported in 2010 to US$47.4 billion in 2012. For comparison, US$47.4 billion is equivalent to over one-fifth (21%) of GDP last year.

The perception of economic progress is just that and little more. The administration’s governance reform agenda has unfortunately not included an economic reform agenda of building an economy biased for directly improving the lives of the majority of Filipinos.