Protests against the “true state of the nation” were held simultaneously across the country.

MANILA — It was not only in the National Capital Region (NCR) where protests erupted against President Benigno Aquino III’s third Station of the Nation Address (Sona). Elsewhere in the country, people’s organizations decried that Aquino administration’s dismal failure to improve the lives of Filipinos since he ascended to office in 2010.

In Mindanao and up north in Luzon, groups protested against the government’s mining investments political killings and displacement of lumads, and the neglect of victims of natural calamties. Based on reports, around 15,000 marched in Mindanao cities, with around 5,000 in Davao City; 4,500 in Cagayan de Oro; 1,500 in Tandag; 2,000 in Butuan City, General Santos with 500; Koronadal with 300; Digos 500; Zamboanga City 200, Ozamiz City 100 and Cotabato 100. Protests were led by chapters of the Bagong Alyansang Makabayan, Bayan Muna and progressive partylist groups, church organizations, and various consumer alliances and groups opposed to privatization of public utilities and services. 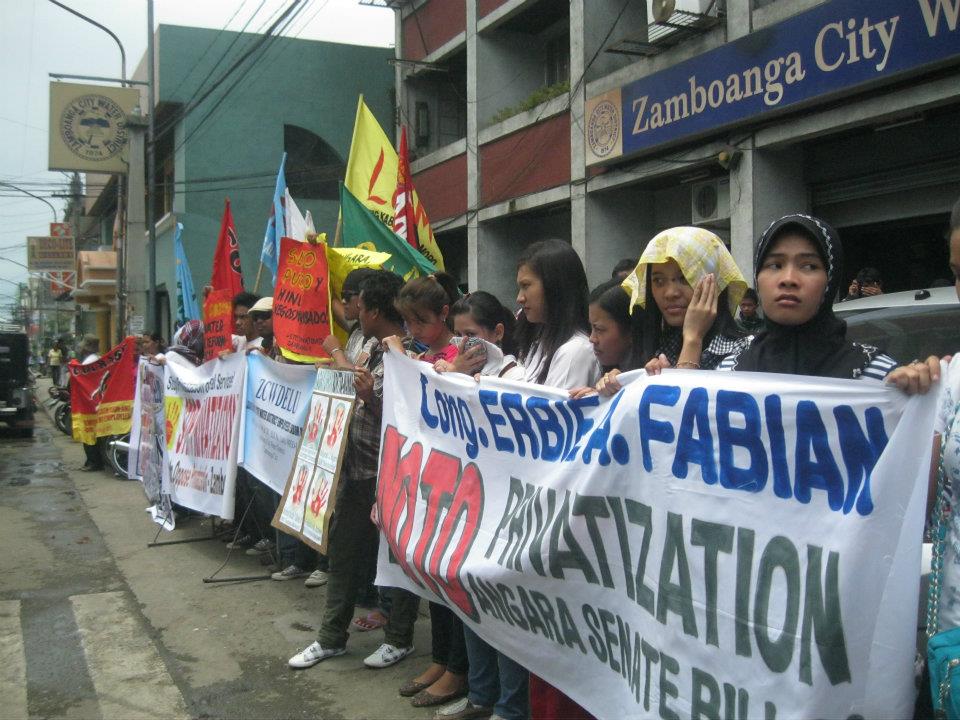 In Zamboanga City, the Bagong Alyansang Makabayan (BAYAN) denounced what it said was Aquino’s “unfulfilled promises which resulted in worsening poverty and escalating injustice and impunity.” The group said that very much like the preceding government under Gloria Macapagal-Arroyo, Aquino’s government exhibits full subservience to the United States government and local crony interests.

In a statement, Bayan Zamboanga City said the economic accomplishments that Aquino proudly declared to be his during his Sona are not grounded in reality, or are at the least, superficial.

“Like the rest of the Filipino people, residents of Western Mindanao and neighboring provinces in the Autonomous Region in Muslim Mindanao continue to experience intense poverty due to unemployment and low wages, coupled with increasing prices of basic commodities,” the alliance said.

Bayan Zamboanga City is actively fighting against the moves of the Aquino administration to fully privatize government agencies with social service functions, among them the water districts and hospitals. It said the costs of health and water services are already unaffordable for many. The protesters marched to Plaza Pershing for the rally dubbed as “Ang Tunay na Sona ng Bayan.”

“With privatization, these services will be completely inaccessible for the poor. For instance, once corporatized or privatized, the Zamboanga City Medical Center (ZCMC) and the Zamboanga Water District will be run by business groups that will extract profits from the facilities and impose high rates for the services that Zamboangenos need,” it said.

As Aquino delivered his Sona in the House of Representatives. Zamboanga City residents, cause-oriented and people’s organizations under the alliance of Stop Privatization held a picket rally in front of the ZCMC. According to reports, residents of Bgy. Sta. Catalina and Tolungatong, most of whom are former patients and employees of the hospital, joined the protest directed against plans to privatize the said facility. Among the residents were senior citizens who are extremely apprehensive that once privatized, the hospital will no longer provide them free medicine and check-ups.

Bayan Zamboanga City secretary-general Neil Murad said Aquino’s flagship economic program – the public-private partnership scheme – is anti-people and anti-poor. Ema Paris, regional coordinator of Confederation for Unity, Recognition and Advancement of Government Employees (COURAGE), called on employees and doctors of ZCMC to take a strong stand against privatization and inform their patients of the effects once the bills are enacted. 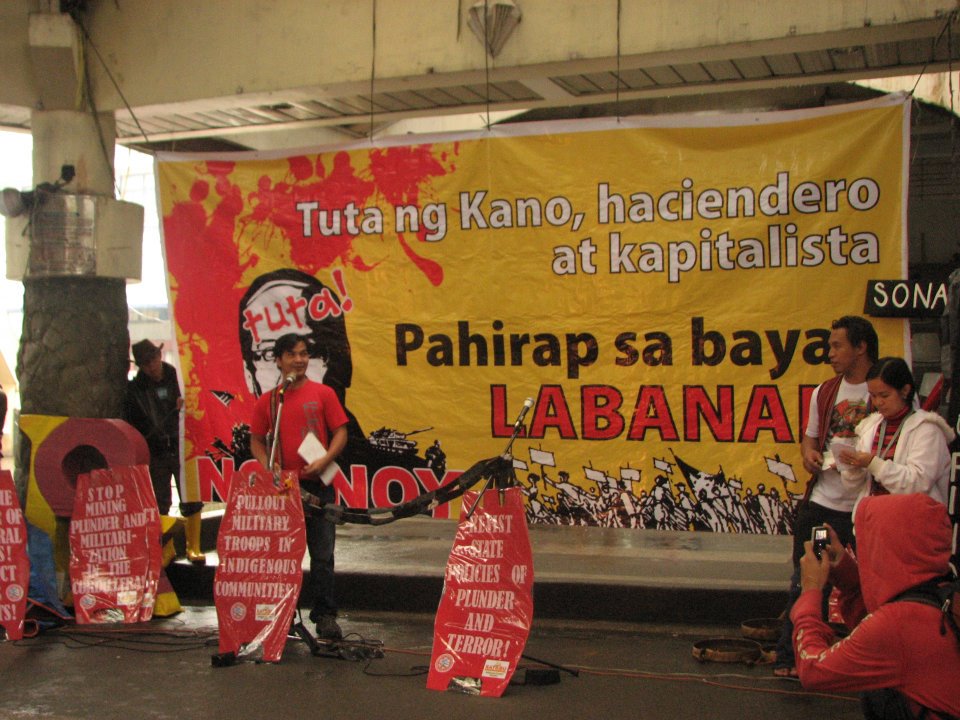 In the meantime, Dr. Romeo Ong, chief of ZCMC, has already issued statements opposing privatization and even responded to a letter from Bayan Muna Representative Teodoro Casiño, whom he said was the only representative who consulted them about the privatization move. The local city council has also released Resolution No. 486 against HB 6069 and SB 3130. Through another resolution (638), they showed support to the protest actions led by the Stop Privatization alliance.

The patriotic alliance also said Aquino was unable to get around or explain away statistics that reveal the true state of the nation.

“Unemployment is pegged at 34.4 percent, meaning 13.8 million Filipinos are jobless. This figure will still increase if one considers those only employed part-time or underworked, and the 1.4 million Filipinos who leave the country annually to seek work overseas because they cannot find good paying jobs locally. Poverty incidence is at 55 percent, equivalent to 11.1 million Filipinos who are considered poor. In the meantime, the most understated statistics also point how 23.8 percent or 4.8 million Filipino families experience hunger on a regular basis,” it said.