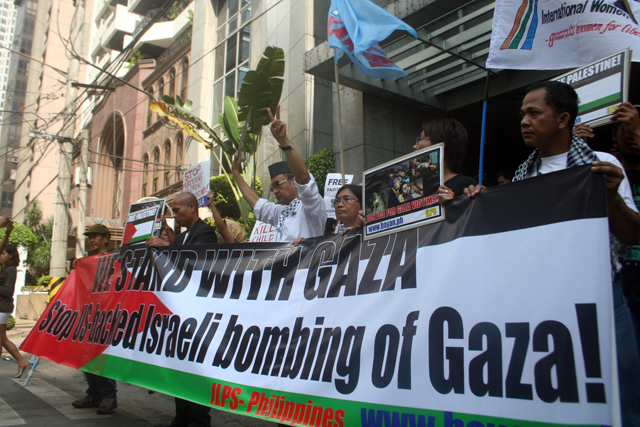 MANILA – In a rally in front of the Israel embassy in Makati City, Filipino activists called on Israel to put a stop to the continuing airstrikes in Gaza that has claimed the lives of over 100 Palestinians and wounded roughly 750.

“US and Israel are the real terrorists,” the Bayan-led group chanted during the protest action. 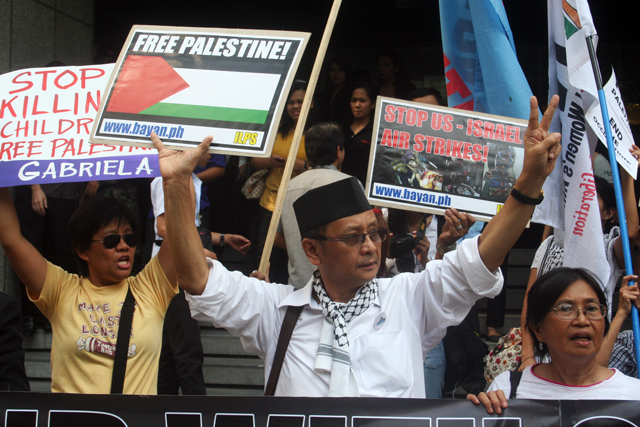 Israel has been launching continuing airstrikes against Gaza for seven days now. The BBC reported that at least three Israelis were also killed from rockets fired by Palestinians.

Renato Reyes, secretary general of Bayan, said they are against any escalation of the Israeli offensives that may possibly include ground invasion. “The attacks, no doubt, have the support of the United States and other imperialist powers. The bombings must end. The Israeli occupation must end.” 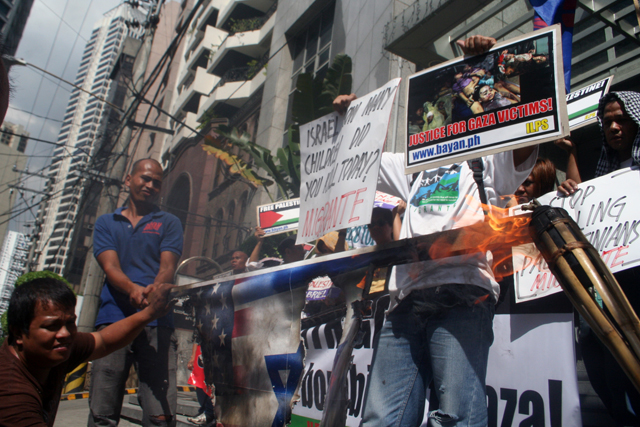 Bayan, in its statement, said the US government is supporting Israel through various forms of aid. “The US also remains Israel’s most reliable ally and enforcer in the UN Security Council. Israel remains a vital cog in the plans of the US to impose its will on the Middle East,” Reyes added. 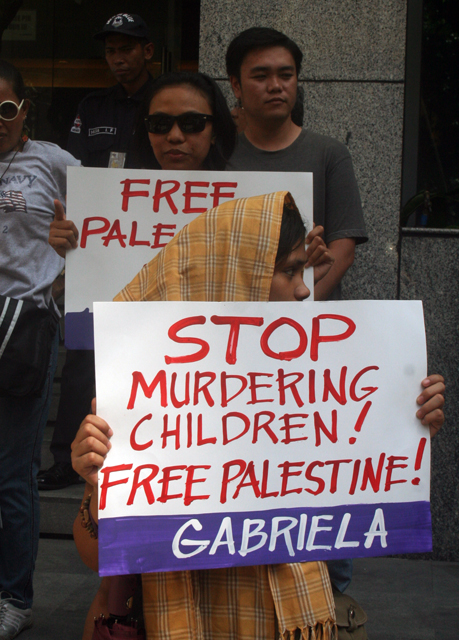 US president Barack Obama said they are “fully supportive of Israel’s right to defend itself from missiles landing on people’s homes and workplaces and potentially killing civilians.” He added that it is “preferable” that Israel’s defense can be “accomplished without ramping up of military activity in Gaza.”

“What Israel is doing is not self-defense. Taken in the context of its decades-long occupation of Palestinian lands, the airstrikes are meant to crush the Palestinian resistance,” Reyes said.

“Any form of bombings is not just,” Aguedo Jalin, a professor from the University of Sto. Tomas, said during the protest action.

Reyes said it is high time for the Philippine government to join the mounting clamor internationally to end the attacks against Gaza. 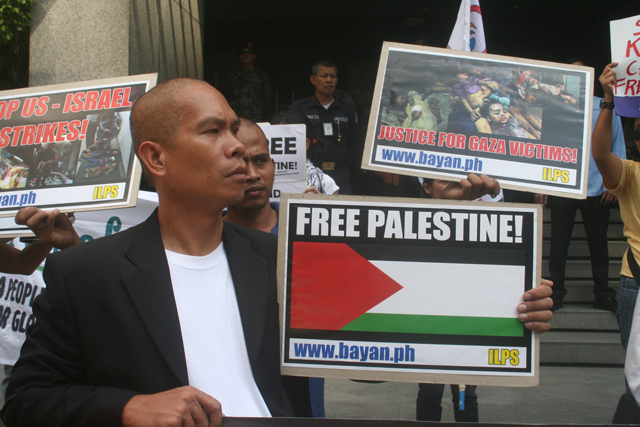 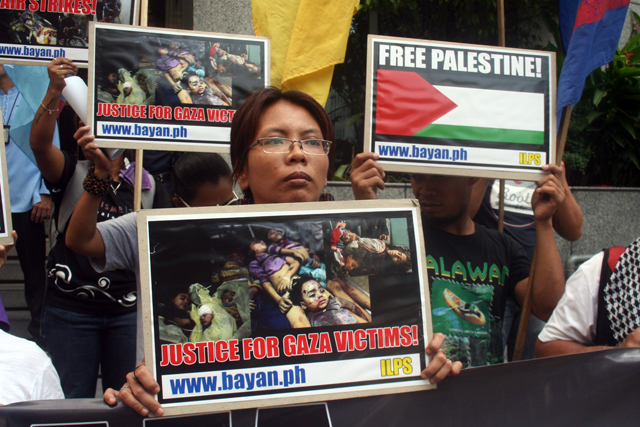 Migrante International, for its part, said the Department of Foreign Affairs has yet to come up with “a clear blueprint on how to evacuate our distressed compatriots.”

The OFW group also urged President Aquino to take a stand against Israel aggression against Gaza.

“Failure to do this proves his complicity to US’ shadowing of Israel’s war of aggression in its occupied territories in Gaza for its self-serving interests,” Migrante’s statement read.