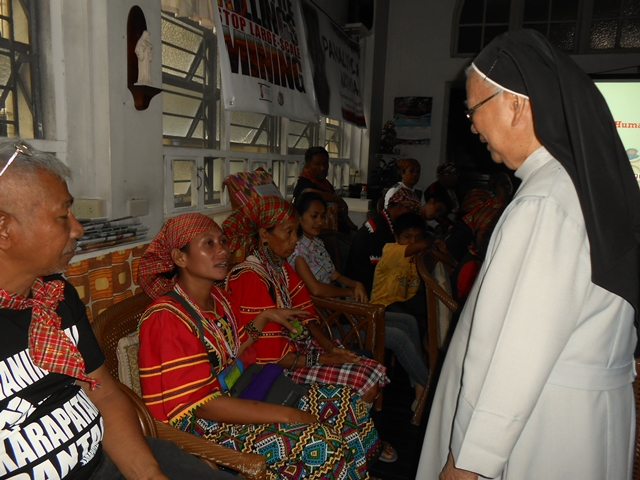 MANILA — Participants of Manilakbayan visited the Benedictine nuns for a dialogue on their plight and sufferings from the hands of multinational corporations and the military in Mindanao.

“Impunity continues to permeate in Mindanao. One proof is the slow-paced trial of the Ampatuan massacre. But it is not limited to that,” Jean Marie Serraris, one of the participants of Manilakbayan, said during the dialogue. 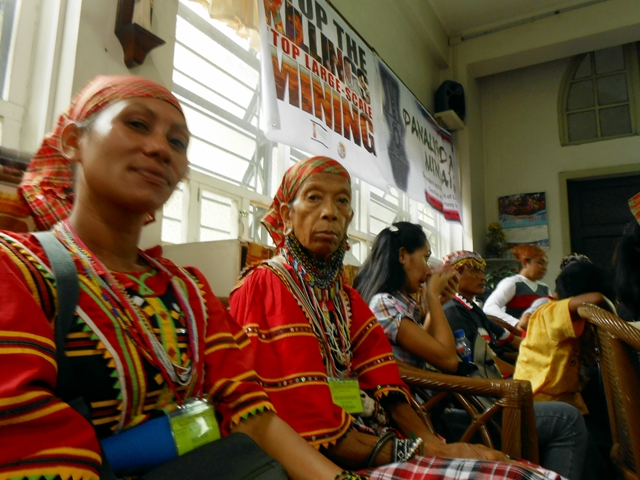 Manilakbayan is a caravan of victims of human rights violations from Mindanao. They are here in Manila to protest the violations on their rights. To date, there have been 34 environmentalists killed, 24 of them were Lumads. No one has been held accountable for the killings. There are also 159 activists facing trumped-up charges.

“There are lots of human rights cases that are yet to be documented because the victims are afraid to speak out,” Aida Siesa, secretary general of Kilusang Magbubukid ng Pilipinas in Southern Mindanao, said.

“Nuns would be of big help to pressure the government,” Jomorito Goaynon, chairman of Kalumbay, an indigenous peoples organization, said. 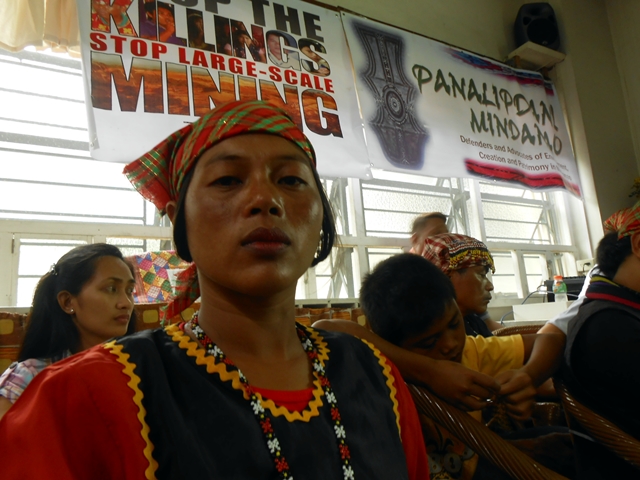 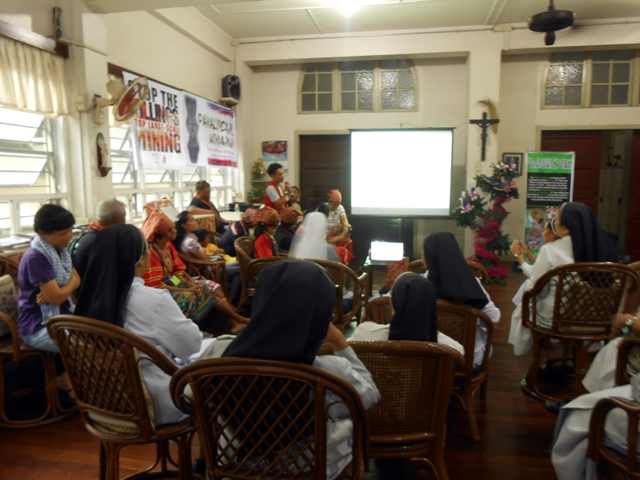 Sr. Stella Matutina OSB, a Benedictine nun currently working with and helping victims of human rights violations, said helping indigenous peoples and protecting the environment is both a pastoral imperative and a moral thing to do.

“We have a Mining Act of 1995 that allows the destruction of the environment while we have people who are ready to fight for their lives and livelihood,” Sr. Matutina said, “We are with the people especially the minority who can hardly protect themselves from these big mining companies.

Sr. Matutina has her own share of human rights violations for actively campaigning for the rights of indigenous peoples and against large-scale mining operations in their area. 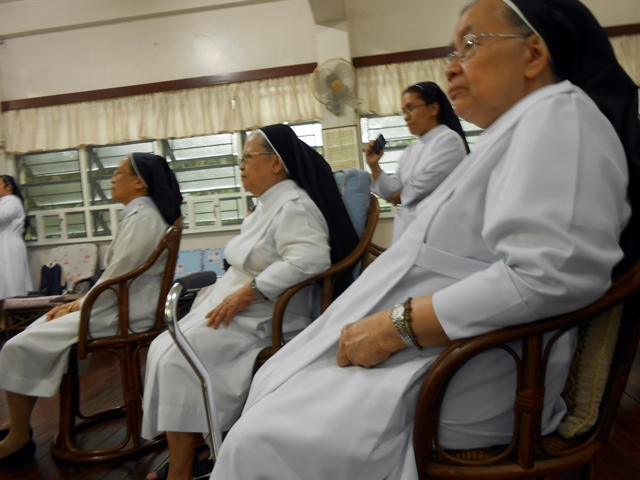 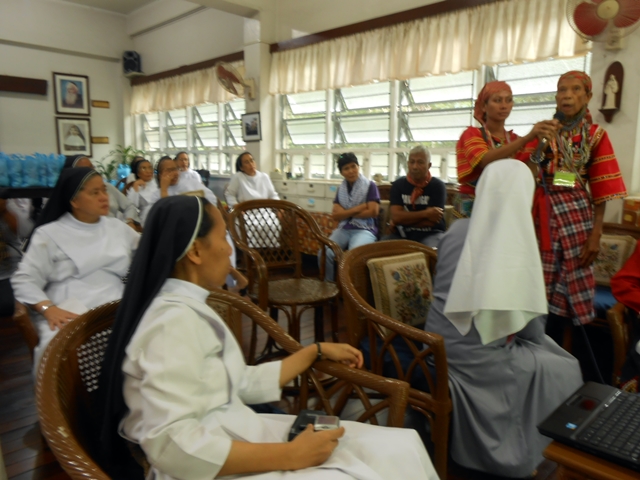 “We have to consider fear. I am also being vilified (being accused by the military of being a member of the New People’s Army) and they say I am just masquerading as a nun,” she added, “Death will come anytime because they will kill anyone who tries to protect the people they want killed.”

Last month, members of the military phoned the Benedictine sisters based in Davao asking if Sr. Matutina is currently staying there. “They were looking for me.”

“The moment you choose to protect the weak and the truth, you bear witness to Christ,” Sr. Matutina said, “I can live a comfortable life but this is my decision. With the escalation of killings, we cannot stay silent.” 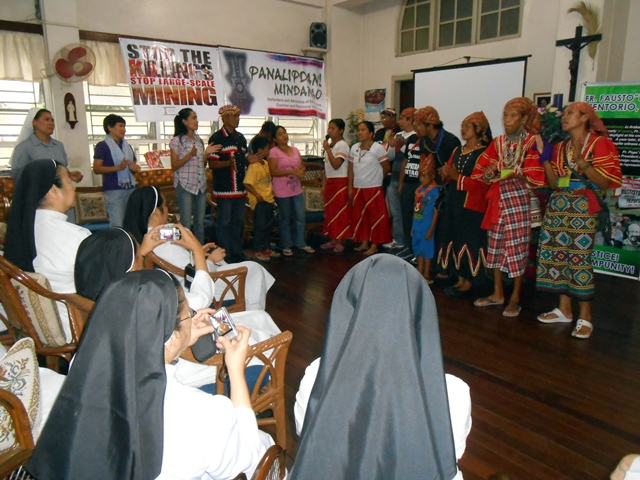 Sr. Matutina also criticized the corporate greed that has led to the killings of indigenous peoples. “If we are silent, who will help and protect them? We need to show them that God is with them.”

“Just like what has been said, the dialogue has enriched us in many ways. We will bring their struggle in our hearts and to God,” Sr. Lumen Gloria Dungca OSB, mother prioress of St. Scholastica’s Manila Priory, told Bulatlat.com.

Participants of the Manilakbayan would also be given an opportunity to share their experiences to students of St. Scholastica’s College. Sr. Dungca added she hopes that the students, too, would be moved to help the victims of human rights violations in various ways such as by writing to government agencies to press for justice for the victims.