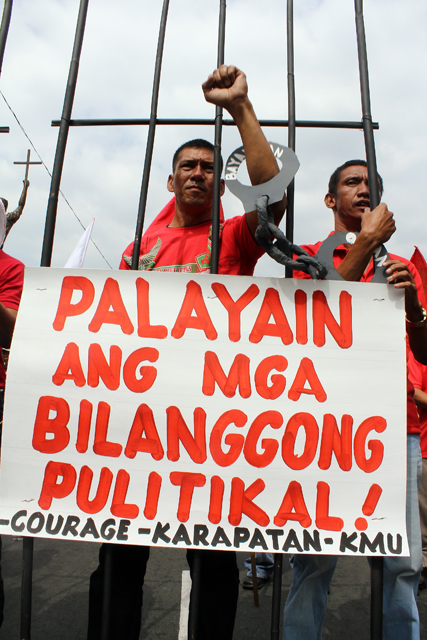 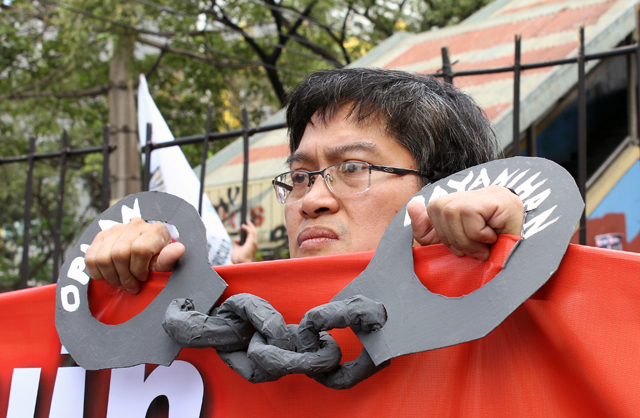 Protesters also denounced the intensified attacks against activists under Oplan Bayanihan, the governments anti-insurgency campaign. 28 persons were successively arrested and detained in less than one month since December last year. 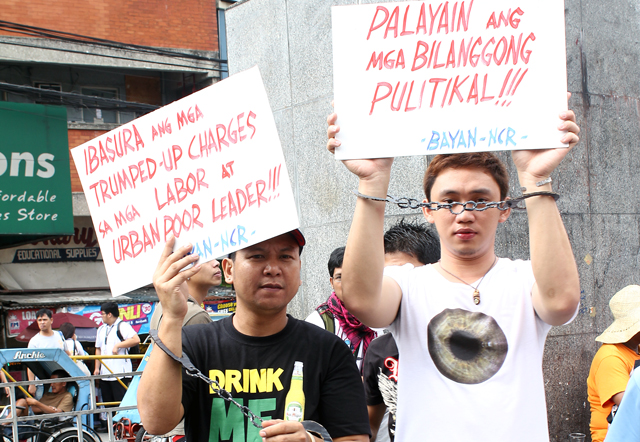 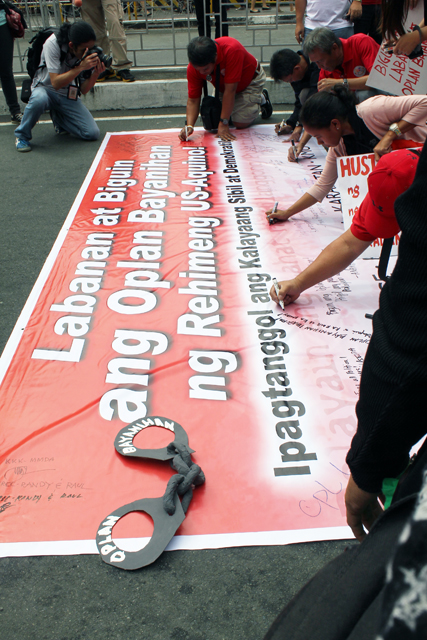 Nikki Gamara, daughter of Amelita Gamara and political prisoner Renante Gamara, decried the government’s tagging of her parents as criminals while real criminals like Gen. Jovito Palparan are not brought to justice. She said the real criminal is the Aquino government that is killing people with policies like Oplan Bayanihan. 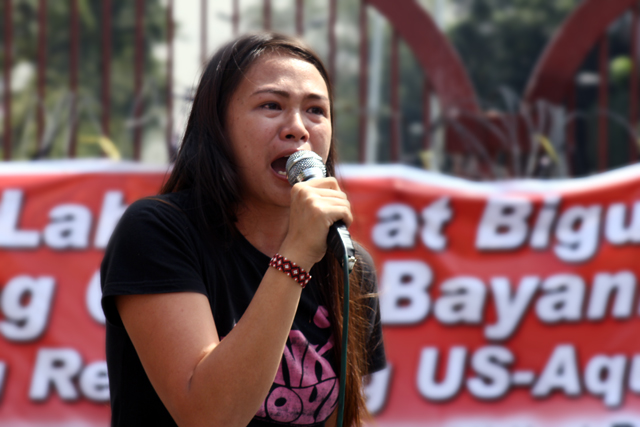