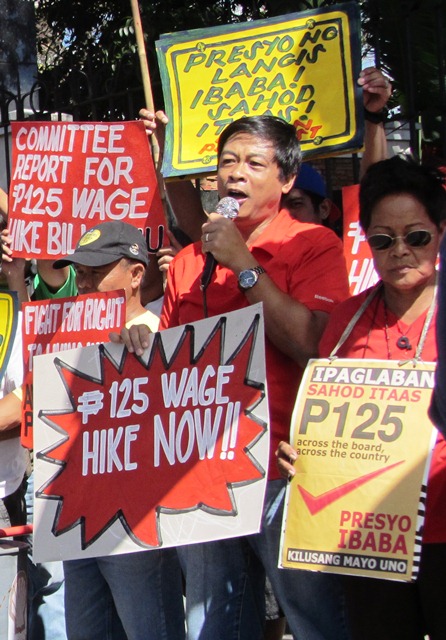 MANILA – Members of labor group Kilusang Mayo Uno (KMU) trooped to the gates of the House of Representatives January 28 in the hope that lawmakers would heed their demand to pass the P125 ($3.08) wage hike bill. They brought noisemakers and held noise barrages to catch the attention of lawmakers. 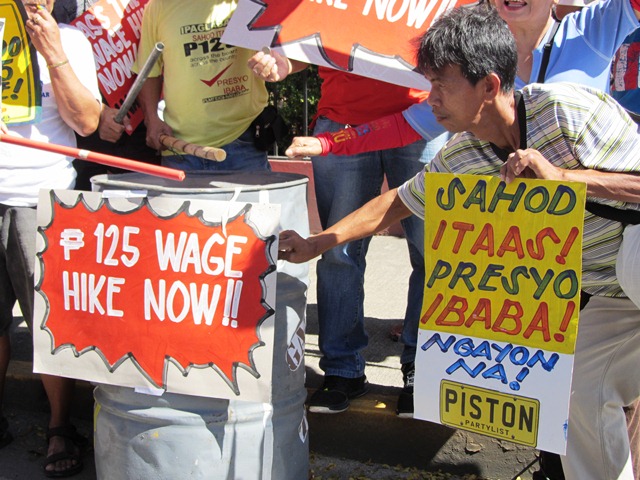 “It is important for the P125 wage hike bill to be submitted for plenary discussions by the House Committee on Labor (and Employment), before Congress takes a break,” Elmer “Bong” Labog, chairman of KMU, told Bulatlat.com. Failure of the committee to do so — even after the House Committee on Labor had conducted all required regional consultations and announced it was already set to write the report for submission to plenary — would force back the wage hike proposal to stage 1 come next Congress, Labog explained.

Only six days remain for the House Committee on Labor and Employment to submit the P125 wage hike bill to the plenary. The bill has been proposed in Congress for more than a decade now. 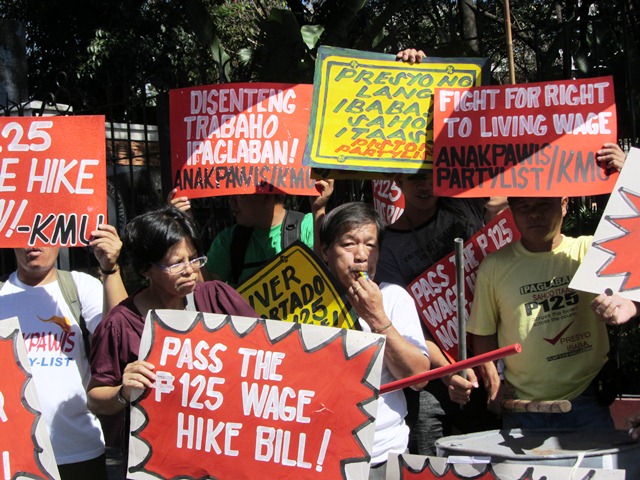 Our ‘representatives’ cannot continue calling themselves that if they cannot even pass the P125 ($3.08) wage hike bill, Camilo Cuares, chairman of KMU in the National Capital Region, said during the protest. Cuares questioned the activities of lawmakers who, he said, seemed to be more concerned in “putting holes in our laws rather than implementing them.”