The article cited in this year’s Hildegarde Award is about 13-year-old Mary who carries a heavy burden of being a mother to her three other siblings. Her family is among those whose homes were demolished in Corazon de Jesus in San Juan City.

MANILA – Bulatlat.com won in the print and online category of the 7th Hildegarde Awards for Women in Media and Communication for its article, “Mary, the 13 year old mother to her sibling.”

Hildegarde Awards for Women in Media and Communication is the award-giving body organized by St. Scholastica’s College – Manila’s Department of Mass Communication. Named after the newly canonized St. Hildegarde von Bingen, known for “outspoken demeanor at a time when women had no opportunities outside the home or cloister,” Hildegarde Awards aims to recognize works of women and institutions who advocate in advancing women’s rights and welfare.

This is the second time that Bulatlat.com was cited by Hildegarde Awards. In 2011, the Scholastican community also recognized Bulatlat writer Anne Marxze Umil for her coverage on women’s issues.

The article cited in this year’s Hildegarde Award, written by Umil, is about 13-year-old Mary who carries a heavy burden of being a mother to her three other siblings. Her family is among those whose homes were demolished in Corazon de Jesus in San Juan City. 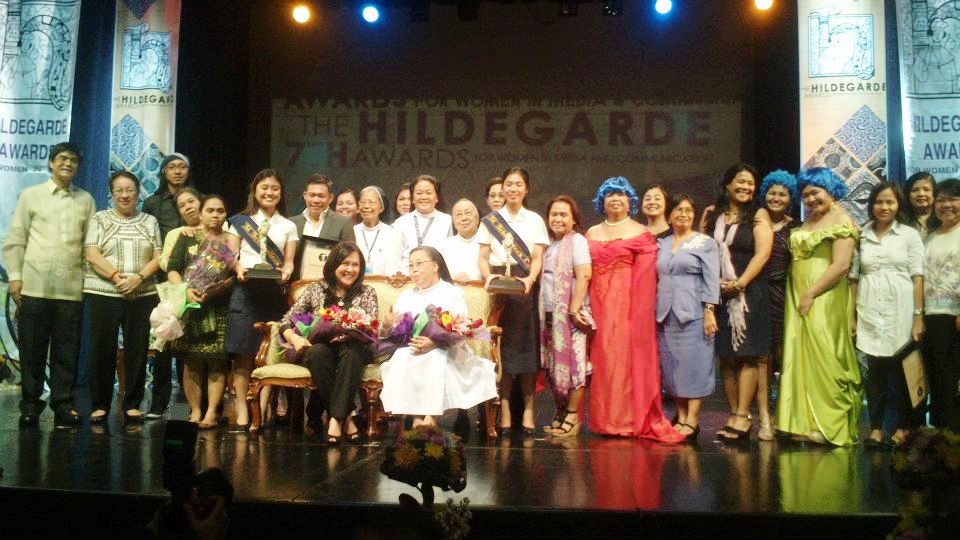 Their family refused to be relocated toMontalban, Rizal and was staying at the shelter provided by the Task Force on Urban Conscientization – Association of Major Religious Superiors during the time of the interview.

During the demolition of their homes last Jan. 11, “Mary had to do everything by herself – from packing their things, putting her siblings to safety to building a temporary shelter at Dona Carmella, near barangay Corazon de Jesus.”

“It is very difficult (since my mother died); of course I have to take care of my siblings. I have to do the laundry, cook for them,” Mary told Bulatlat.com.

Aside from Umil, Rappler.com’s reporters Jannica Diaz and Nikki Luna also won in the online category of the Hildegarde Awards.

Winners in other categories include:

Ong is considered as a pillar in the country’s advertising industry. She was nominated for her advocacy for the positive portrayal of women in advertisements. The Institute of Women’s Studies, on the other hand, was founded by Sr. Mary John Mananzan OSB in 1985. The said institute offers short courses, livelihood programs and gender-sensitivity workshops. For the past 25 years, it is also involved in media publishing and broadcast production.

Both received a trophy designed by sculptor Maria Magdamit.