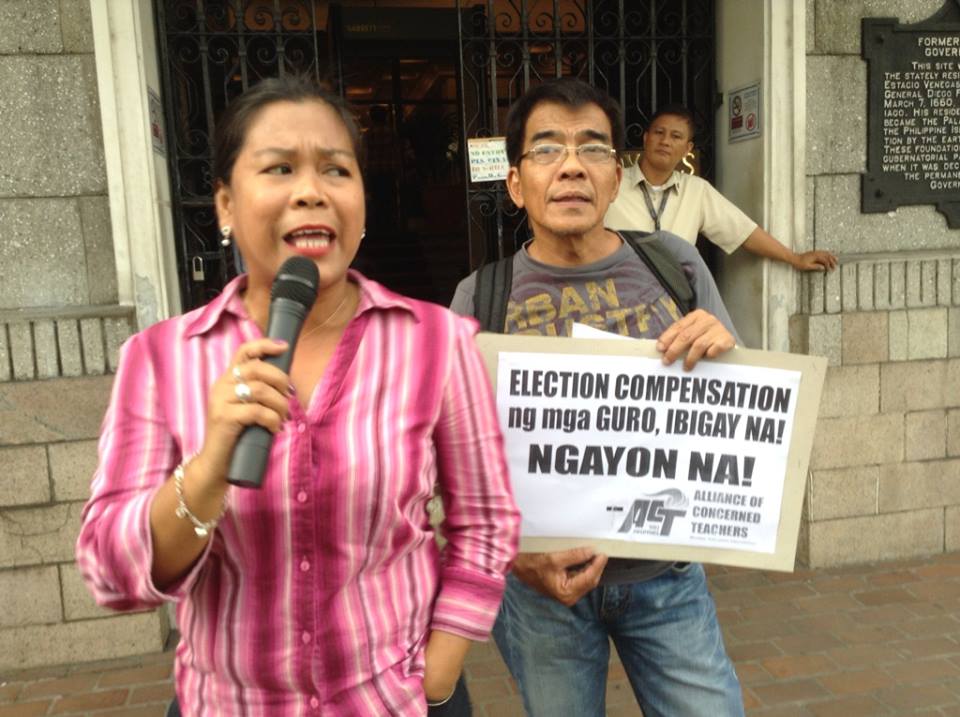 The Alliance of Concerned Teachers once again picketed in front of the Commission of Elections (Comelec) last Thursday as thousands of teachers and support staff who served last elections have still not received their honoraria. The teachers’ group denounced the commission’s failure to act on the delayed compensation of teachers who served as board of election inspectors (BEI) and support staff last May 13.

“It has been three weeks since the election, we are still receiving reports from our teachers from different parts of the country that they have not yet received their honoraria amounting to P4, 000 ($96) as Election Service Compensation that should be given right after election day,” said Benjamin Valbuena, national chairman of ACT. 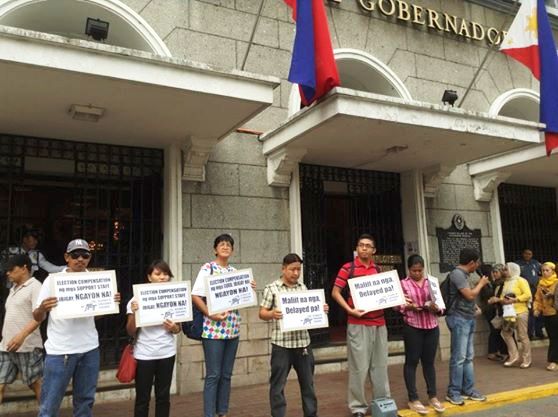 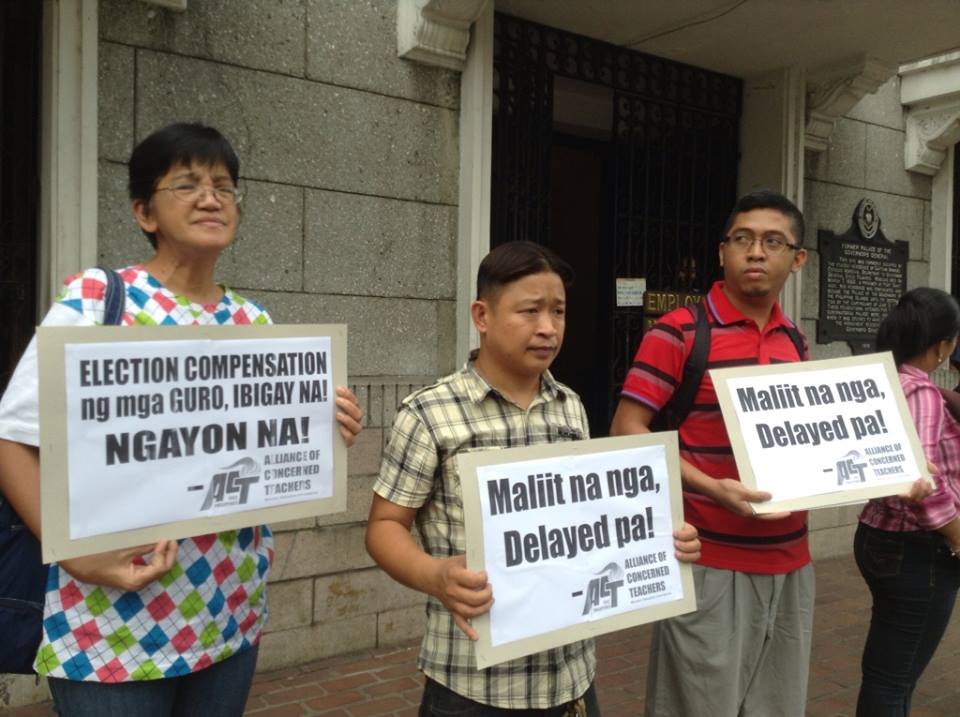 “We are calling the Commission on Elections to act on these concerns; we don’t deserve this kind of treatment and, as a matter of fact, election service is far beyond our duty as educators,” Valbuena added.

The teachers also lament that their compensation in this year’s election was lower than the past elections, which was P4,300 ($99.51).

According to Valbuena, his group demanded for P6,000 ($138.85) compensation for this year’s election however, the Department of Budget and Management did not grant it. Despite Comelec’s pronouncements of lesser work because elections are already automated, many teachers find it more difficult to serve because of clustered precincts. The group said there are about five precincts clustered into one. One cluster served a thousand voters. Teachers also complained of PCOS machines malfunctions and corrupted compact flash cards. Many teachers still prefer manual election count rather than automation with a just compensation that they deserve, said Valbuena.

Comelec commissioner Lucenito Tagle said in news reports that the budget for teachers’ compensation was already released and the banks are causing the delays. He said the payment for teachers who served last elections is being coursed through their ATMs.

“We don’t want this to happen again in the next election. This is so unfair to those who rendered valuable service to the people and to our country,” Valbuena said.