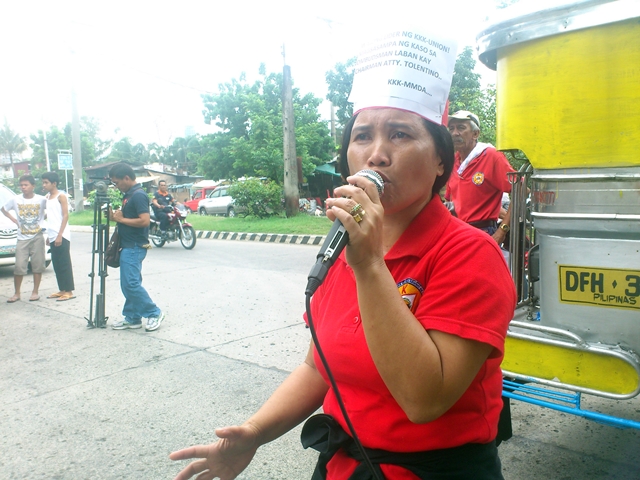 MANILA — Employees of the Metro Manila Development Authority filed a complaint before the Office of the Ombudsman against their administrator Francis Tolentino, who, they said, has continued to refuse to give them their incentive bonus and for the human rights violations he committed against union leaders and its members.

“I am in tears because the government under Aquino does not seem to prioritize the rights of workers, including our right to a decent salary and to our mandated benefits. I do not have plans to go to the mountains and arm myself to fight the government. The enemy is right here in the city,” Tess Gonzales, secretary general of Kapisanan para sa Kagalingan ng mga Kawani ng MMDA, said in a protest action in front of the Office of the Ombudsman in Quezon City.

The employees have been demanding for the release of the Collective Negotiation Agreement Incentive, which was supposed to be deducted from the agency’s savings. KKK-MMDA said they found out that the MMDA, in 2011, incurred savings from its budget for Maintenance and Other Operating Expenses and Capital outlay amounting to $1.05 million and $1.19 million, respectively. 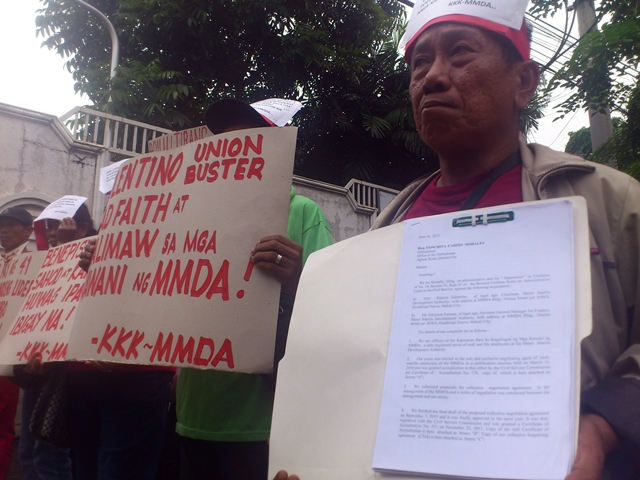 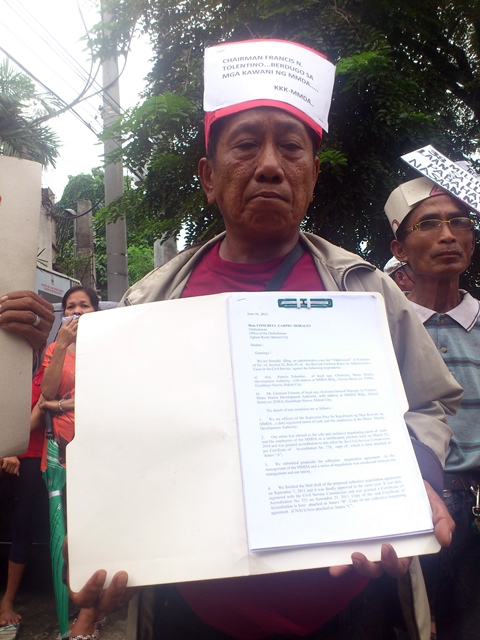 KKK-MMDA, in a previous Bulatlat.com report, revealed that the MMDA has four deposit accounts in three different banks.

All union-member employees are expected to receive at least $595. Salve Ferran, 57, said this would be a big help to the agency’s employees, most especially the minimum-wage earners, because most of them were forced to pawn their ATM to avail of loans for their daily needs.

She added that there were several employees who did not send their children to school because they could not afford it. 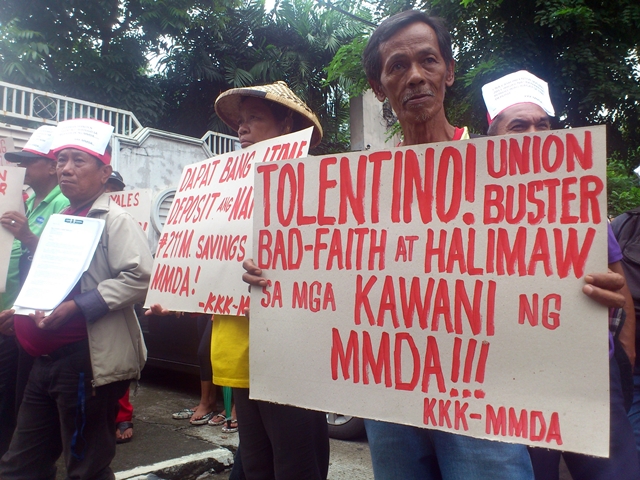 On June 15, 2013, MMDA employees asked the Office of the Ombudsman to look into the agency’s refusal to grant them their incentive bonus as stipulated in the Collective Negotiation Agreement, the unreasonable dispersal of their protest actions in the front of MMDA’s office along EDSA, the filing of criminal charges against the leaders who lead the protest actions and, consequently, their preventive suspension.

“We hope that the above respondents be subjected to the usual investigation and meted out the corresponding penalty for their infractions,” the union said in their complaint.