People power: Disgust over the pork barrel system and corruption

For the first time, the Aquino administration, which rode on the people’s disgust over the scandalous corruption under the previous Arroyo government to propel Benigno Aquino III – who was never remarkable during his stint in Congress – to Malacañang, is facing the people’s wrath over, of all things, corruption and the pork barrel system. This is the biggest challenge that the Aquino government, which claims it is trekking the daang matuwid, is facing. The broadness of the protest activity today is strikingly similar to that of Edsa 1, in which, ironically, his mother the late president Corazon Aquino was the icon of. Luneta, where the protest activity would be held today August 26, was also the site of Corazon Aquino’s Tagumpay ng Bayan (People’s Victory Rally) on February 16, 1986, where she launched a civil disobedience campaign to force the late dictator Ferdinand Marcos to vacate Malacañang. 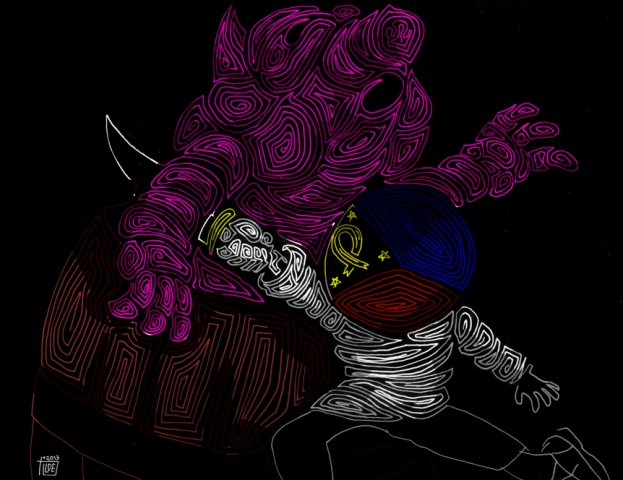 Pardon me, your lard is showing
BULATLAT PERSPECTIVE by Benjie Oliveros

What the Aquino government really wants is to return to business as usual. With its image being eroded, it could still get a semblance of being in business as usual but it would never be as before. It would be flooded with protests that are as real as the floods we have experienced recently. Of course the seemingly unsolvable floods we have been experiencing since time immemorial, despite the billions supposedly being spent by the government to address it, is incontrovertible proof that corruption is still prevalent. (Click here to read the entire report)

All roads in Manila lead to Rizal Park today, virtually and physically, as outraged Filipinos reiterated plans to converge there to demand the actual and genuine abolition of ALL pork barrel allocations of government officials – from legislators to the president in Malacañang. This is despite President Benigno “Noynoy” Aquino’s announcement on Friday August 23 of “reforms” on the pork barrel system. Desperately trying to cushion the political impact of today’s protest activity, authorities issued veiled threats and warnings against participating in the protest action today, and there were efforts by some groups to sow intrigues among the anti-pork barrel groups. (Click here to read the entire report)

“When we say pork barrel system, we’re not just calling for the abolition of the PDAF, but the whole system of discretionary spending. This includes funds under the un-programmed funds, the special purposes fund, the presidential social fund, and other lump sum accounts that are under the Executive’s direct discretion.” – Kabataan Party Rep. Terry Ridon (Click here to read the entire report)

Govt dared: ‘Scrap pork and use funds for climate-proofing PH’

“The P10-billion (US$ 228 m) pork barrel re-channeled to fake NGOs should have been used instead for an P8.3-billion restoration project for our country’s mangrove forest cover and almost four year’s worth of community-based disaster preparedness and response programs costing at least P2 billion.” – Kalikasan-PNE (Click here to read the entire report) 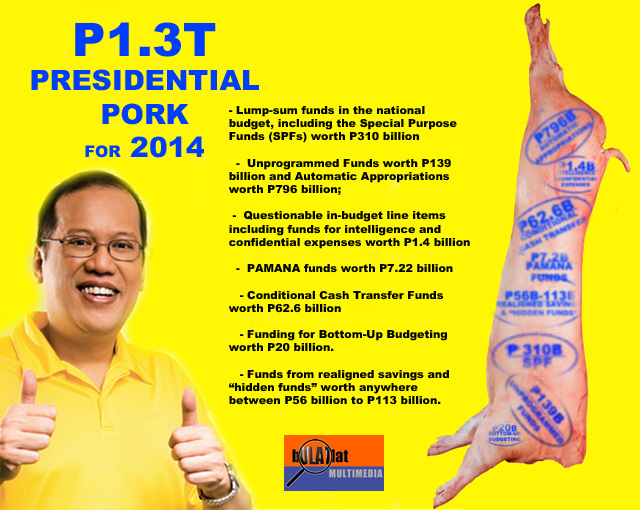 ‘Aquino has the greatest pork of all’ — progressive groups

By jumping on the bandwagon of the people’s disgust for the pork barrel system, Aquino is trying to cover up the fact that he has the ‘greatest pork of all,’ said Kabataan Rep. Terry Ridon.

“This just shows that he remains obstinate on his own lump sum appropriations, which are far greater than the legislative pork barrel. He cannot be allowed to succeed in this double speak,” Ridon said. (Click here to read the entire report)

A portion in Presidential Decree 910 grants the President the power to allocate the Malampaya funds to any project he wants. “This absolute discretion leads to irregularities or discriminatory allocation of funds to presidential friends and pet projects.” – Bayan Muna (Click here to read the entire report) 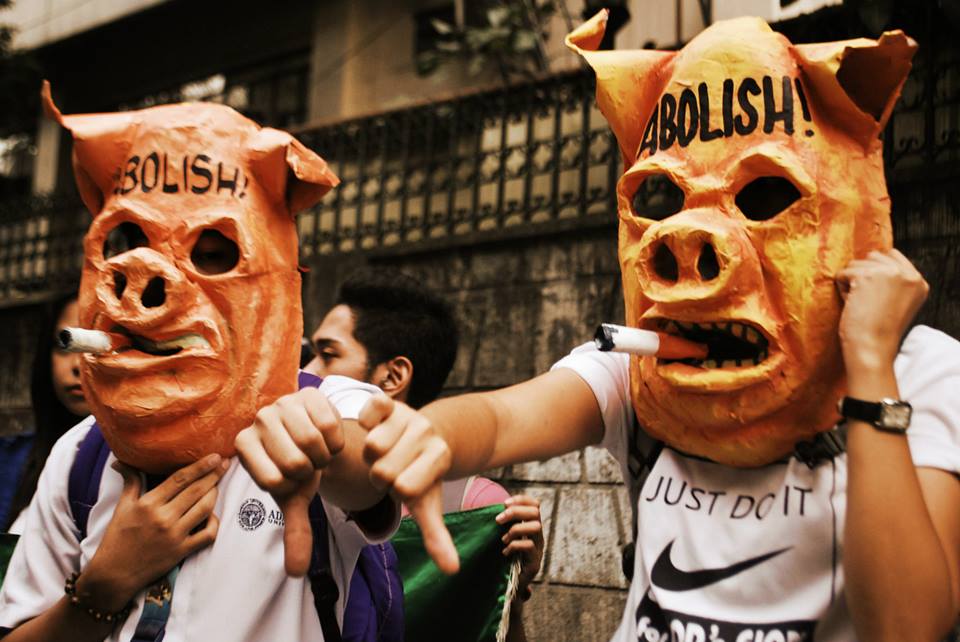 Beware of politicians who like to insert the keywords ‘transparency’ and ‘good governance’ in their speeches. They are the same people who also use deceptive slogans such as ‘sustainable economy’ and ‘inclusive growth’ to justify the imposition of anti-poor economic policies. These are agreeable political concepts – who would openly oppose them? – but politicians have already distorted their substantial meanings. (Click here to read the entire report)