You Are Here: Home → 2013 → October → 11 → Teachers reject US military presence in Philippines 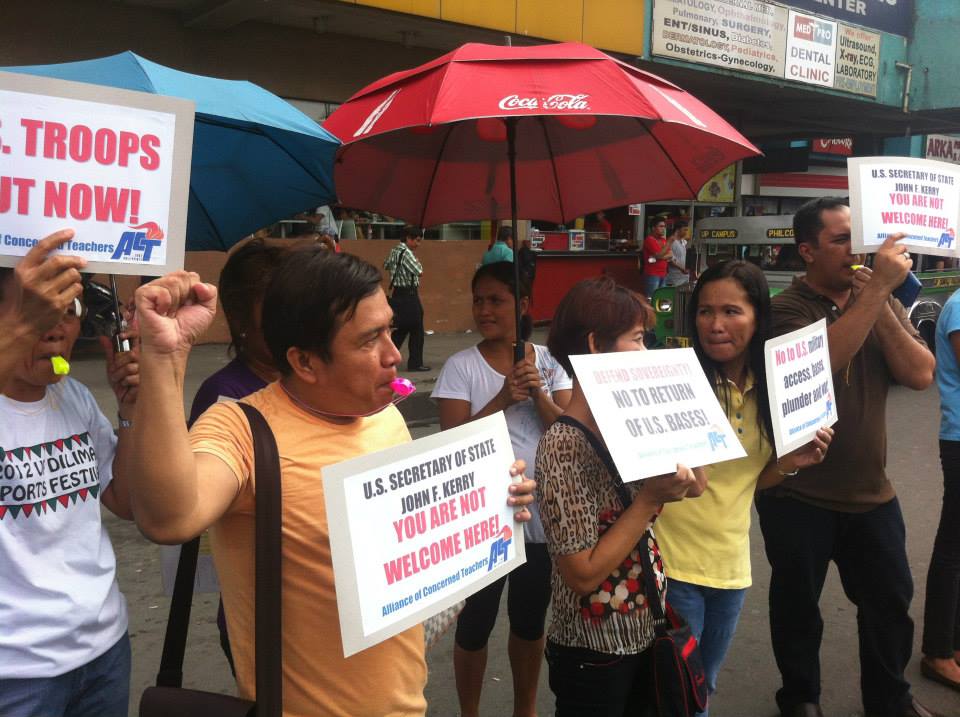 MANILA – A broad alliance of teachers called for the rejection of US military presence in the Philippines.

The Alliance of Concerned Teachers (ACT) and education workers held a protest action on Oct. 10, Thursday at Philcoa, Quezon City. The protest action was held in relation to the visit of US Secretary of State John Kerry, which was scheduled Oct. 10 to 11. But due to bad weather, the visit of the US secretary of state was postponed.

The teachers slammed Kerry’s visit saying that the visit will be a strong push for the US’ agenda for the further opening up of the economy, the 100 percent foreign ownership of lands, and the intensification of US military intervention and increased US troops’ presence in the country in accordance with the Pentagon’s strategic military pivot in the Asia Pacific.

The visit comes amid talks between the two treaty allies on expanding US military presence in the country, at a time when the Philippines seeks to counter what it perceives as a growing threat from China. The proposed deal, called the Framework Agreement on Increased Rotational Presence and Enhanced Defense Cooperation, will allow more US troops, aircraft and ships to frequently rotate in the Philippines, as Washington refocuses its attention on Asia. 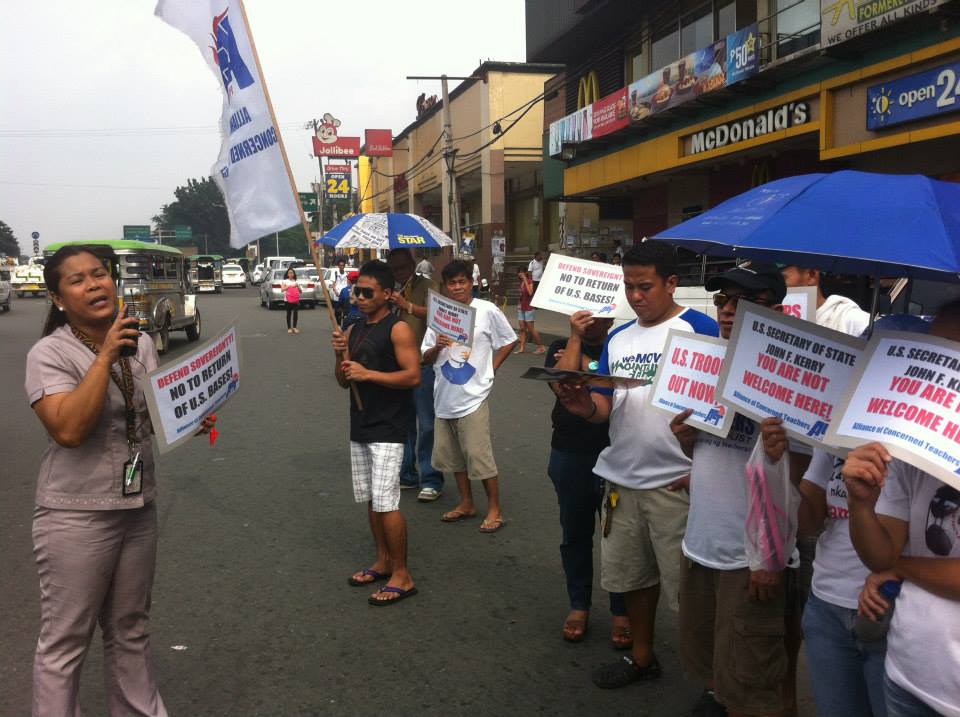 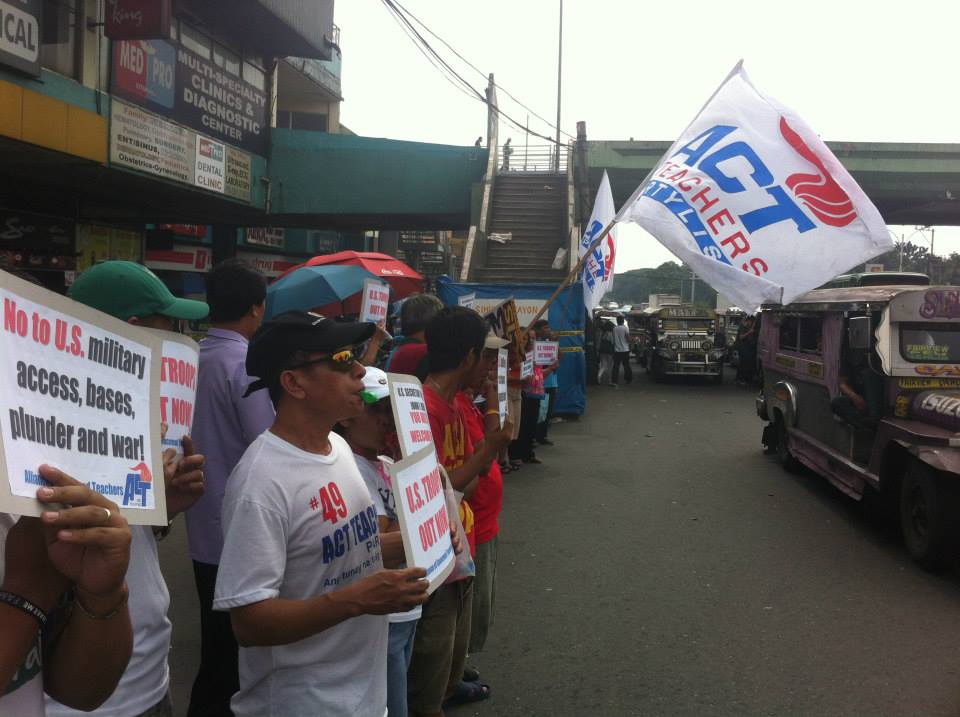 President Benigno S. Aquino III’s plan to grant the US military greater access to Philippine airports, docks and military bases serve the US plan to further heighten its military presence in the Asia-Pacific, encircle China, project power and establish its hegemony in the South China Sea and other trade routes in the regions.

“More military access by US does not serve the national interest of the Filipino people,” said Benjie Valbuena, national chairman of ACT. On the contrary, he added, it serves to heighten the military and diplomatic tension in the area by letting the US increase its military presence, undertake provocations against China and threaten to drag the Philippines to a war that we do not want.”

“We, the teachers, administrators, students and communities whom we serve, under the banner of ACT Against War collectively say NO to increased US presence in the Philippines; and hold the puppet Aquino government responsible for completely surrendering to the foreign policy dictates of the US government,” the group said in a statement.

The group said that the Aquino government should focus in the country’s internal affairs besieged with graft and corruption.

“No funds should be allocated to support the war tactics of US. We call on all freedom-loving and patriotic forces in the Philippines to assert our national sovereignty and resist the USA’s increasing military intervention in the country,” Valbuena ended.