MANILA – Women’s groups led by Gabriela stormed the offices of the Department of Agriculture (DA) and National Food Authority (NFA) in Quezon City, Friday Nov. 15. The groups demanded a rollback on the price of rice to P25 ($.57) per kilo, especially now that people in the Visayas islands are in a dire situation. The groups said the price freeze on all basic commodities is not enough.

After holding a noise barrage in front of the DA office, Gabriela together with women from Samahan ng Maralitang Kababaihang Nagkakaisa (Samakana), Amihan (National Federation of Peasant Women) and Lila Filipina then marched to the NFA. 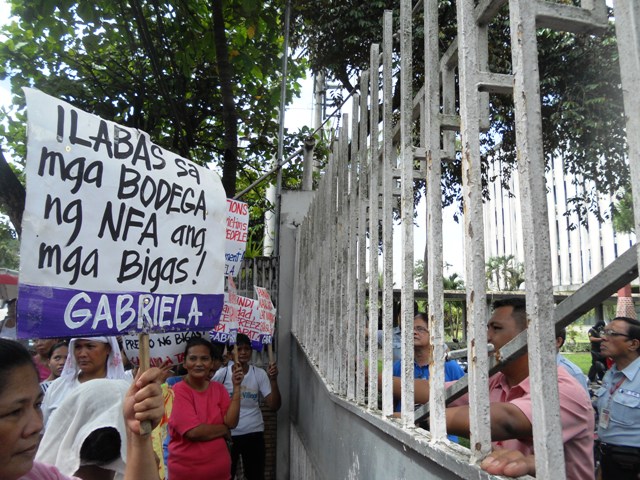 “What is the use of a price freeze if the price of rice is expensive? Our brothers and sisters in the Visayas islands– who have lost not only their livelihood but also their loved ones – have no money to buy food. And even if they have the money left to buy rice, the price per kilo of rice is already expensive even before typhoon Yolanda hit central Visayas,” said Joms Salvador, secretary general of Gabriela. 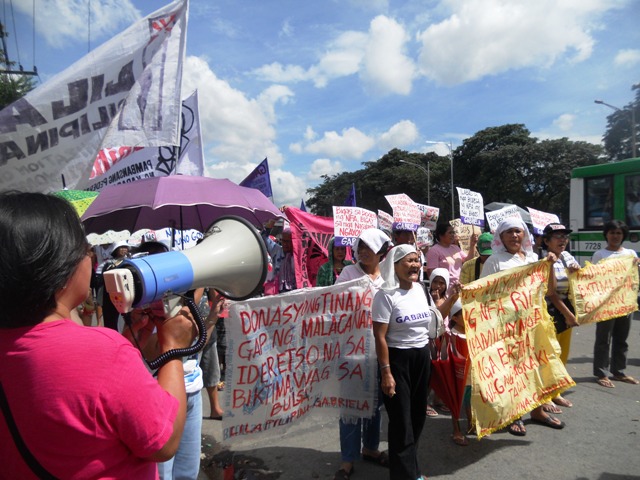 Neri Guerrero, chairwoman of Samakana, said even if the people from Metro Manila are not directly and greatly affected by the typhoon, they also face hunger and desperation every day. “We have long been calling for a price rollback of NFA rice but the government never heeds our call. We are facing hunger everyday as long as the government does not rollback the price of rice.”

They hold NFA administrator Orlan Calayag and DA secretary Proceso Alcala accountable for their sufferings as price of NFA rice remains expensive. A kilo of a rice in the market is still at P36 (.$82) per kilo. In the NFA website, a kilo of a regular-milled rice costs P27 ($.62). 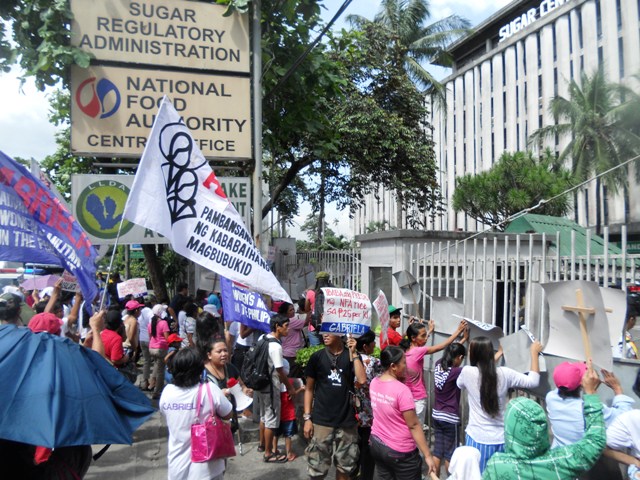 Zen Soriano, chairwoman of Amihan also said the NFA should be of service to the people especially in times of calamity. She lambasted the NFA for not distributing sacks of rice in its warehouses. “An earthquake has devastated Bohol and then now typhoon Yolanda also ravaged central Visayas. People need all the help they could get. The NFA has a lot of sacks of rice in its warehouses; why not distribute all these to those affected by disasters?” 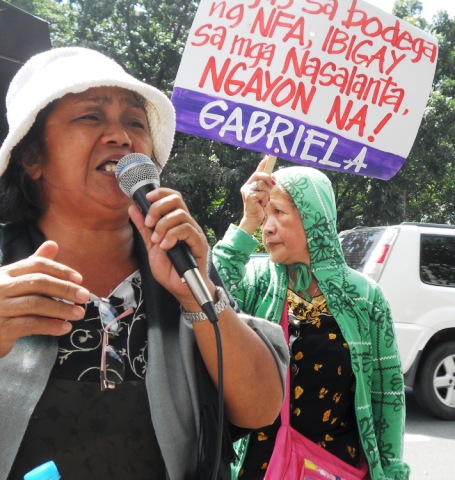 “They say that difficult times can bring out the best or the worst in a person. We have seen the willingness of all Filipinos to help victims of typhoon Yolanda, even our poor mothers and other members in the communities had pledged whatever they could just to send some help to the people of Visayas. The government, on the other hand ,had shown not only its worst, but also remains merciless to the people; seven days have passed and they are just starting to come up with a plan. People would surely die of hunger,” Salvador said referring to the slow relief operations of the national government.

They call for the resignation of Alacala and Calayag for being “inutile.”