They dance vs. privatization of Fabella 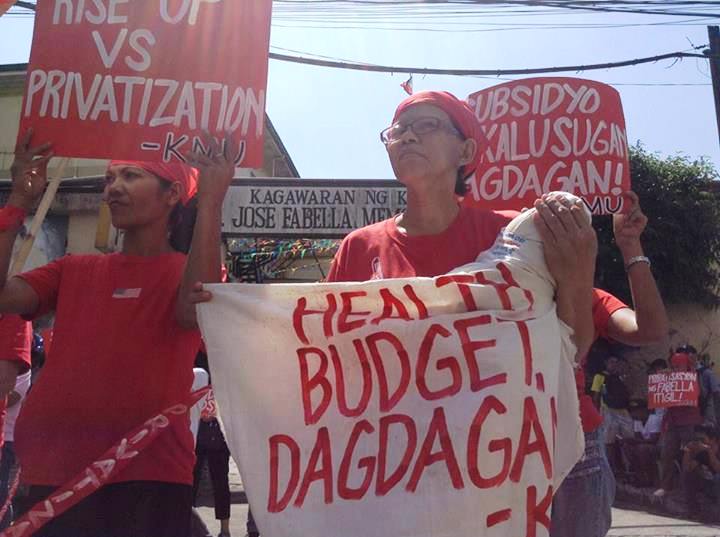 As part of the campaign dubbed as “One Billion Rising for Justice,” directed at violence against women and girls, the women workers danced carrying placards saying “Save our mothers and babies!”

Nenita Gonzaga, KMU vice-chairperson for women’s affairs, said: “Everybody knows that Fabella is the go-to maternity hospital for poor women, including women workers. We are revolted that the Aquino government is planning to privatize this hospital, which could only result in higher fees.” 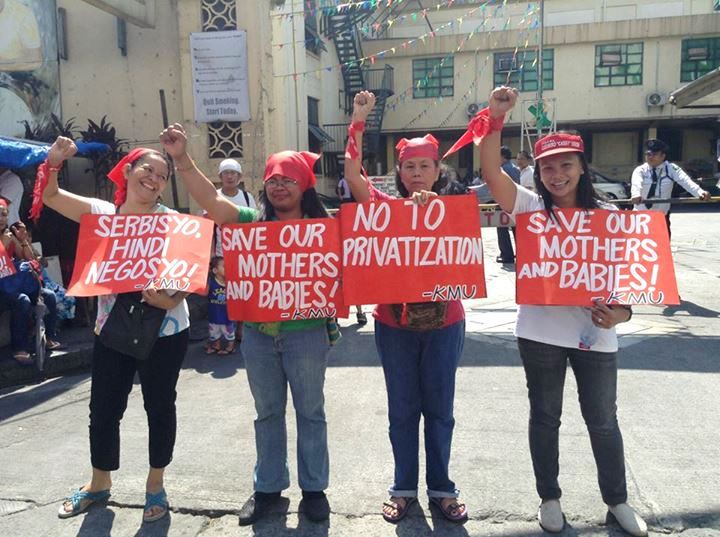 A week ago, reports said the maternity hospital will be transferred to a new building constructed by J. D. Construction under a P743-million deal in the Aquino government’s Public-Private Partnership program.

“The government considers this hospital a burden that has to be done away with, not a service which should be improved,” Gonzaga said. The women’s groups are suspicious because as experiences showed, Gonzaga said the promised improvement of services by Fabella, through privatization, could mean fees will be too high for poor mothers to pay.

The labor leader also questioned why the officials of the Department of Health are refusing to call their move as “privatization,” and instead describing it as “partnership with the private sector.”

“The government may continue to claim partial ownership of Fabella, but the profit motive in the hospital’s operations is already being introduced and patients’ fees are sure to increase. Health Department officials want the policy but not its name,” Gonzaga declared. 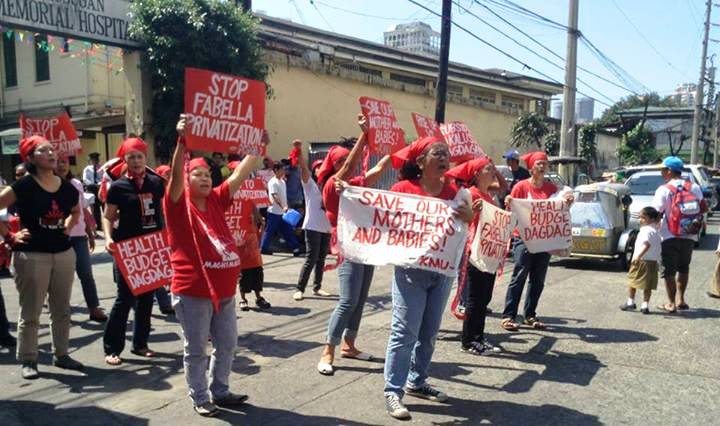 The women leader urged the public to express also their opposition to the privatization of Fabella, and of other public hospitals such as the Philippine Orthopedic Center. Gonzaga said there are street protests and social networking sites like Facebook and Twitter where public opposition can be aired.