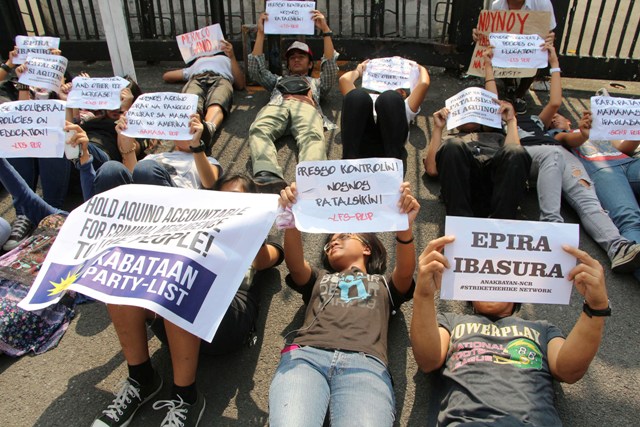 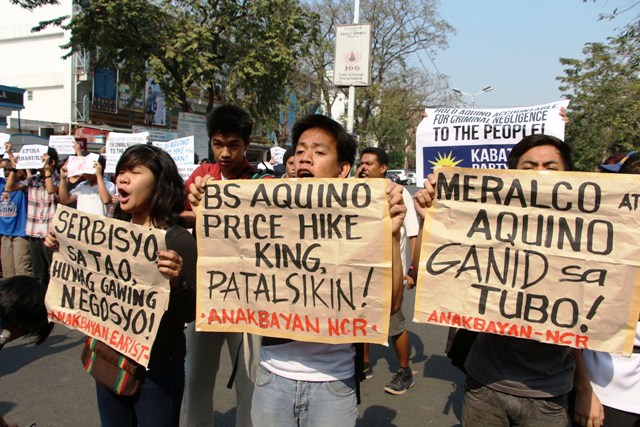 The groups protested the inaction of President Benigno S. Aquino III on the rising prices of basic goods, services and utilities such as electricity, water, oil, LPG, LRT/MRT, PhilHealth and SSS premiums, food, tuition among others. They also said government agencies seem to be mere rubber stamps and mouthpieces of big private businesses in raising their prices.

“Clearly, President Aquino is not really sincere and is incapable of heeding the growing clamor of Filipino consumers to bring down the prices of basic commodities and services in the local market,” Dianne Marie Solmayor, spokeswoman of #StrikeTheHike Network and secretary general of Anakbayan-NCR said.

The groups warn of more street protests and different forms of actions that will not just call for lower prices and higher wages but they will also demand for Aquino’s immediate ouster from office.

“Aquino does nothing to unload the already burdened shoulders of our people; it will be better if he just goes down and vacate his post in the soonest possible time,” Solmayor said.

The groups would also stage protest actions on Feb 18. On Feb. 17, the groups would hold a noise barrage and blackout protests in different parts of Metro Manila, which they dubbed as “Kalampagin ang Malakanyang.”