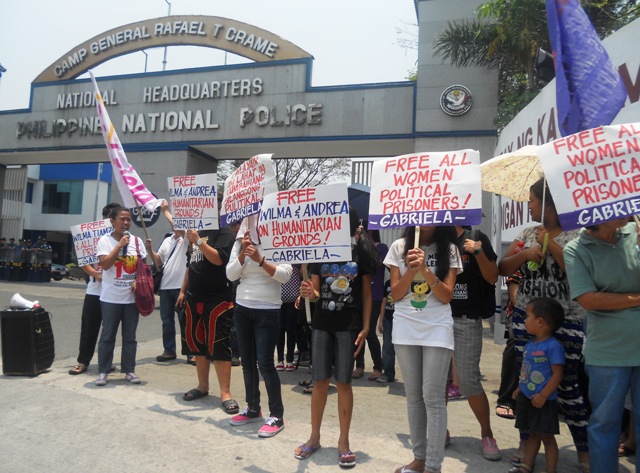 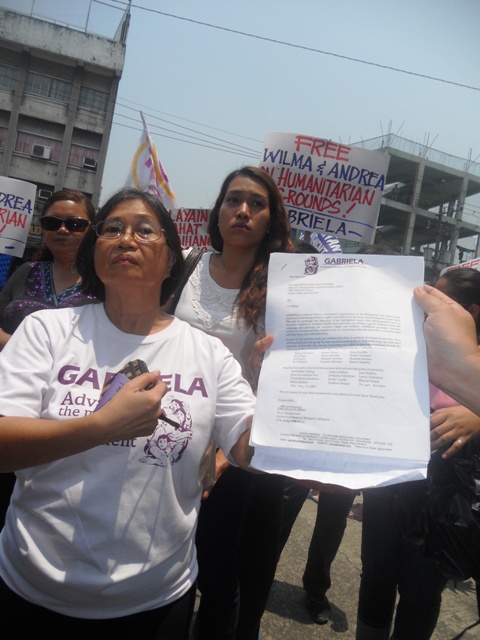 MANILA – Progressive women’s group Gabriela trooped to Camp Crame of the Philippine National Police on Tuesday, April 22 to demand for the immediate release of National Democratic Front of the Philippines’ consultant Wilma Austria-Tiamzon and Andrea Rosal, daughter of the late spokesman of the Communist Party of the Philippines Gregorio “Ka Roger” Rosal.

The women’s group said Tiamzon and Rosal should be released on humanitarian grounds. According to Gabriela, Tiamzon is suffering from severe asthma and spinal bone degeneration. Rosal is nine months pregnant and is currently detained at the Camp Bagong Diwa in Bicutan. 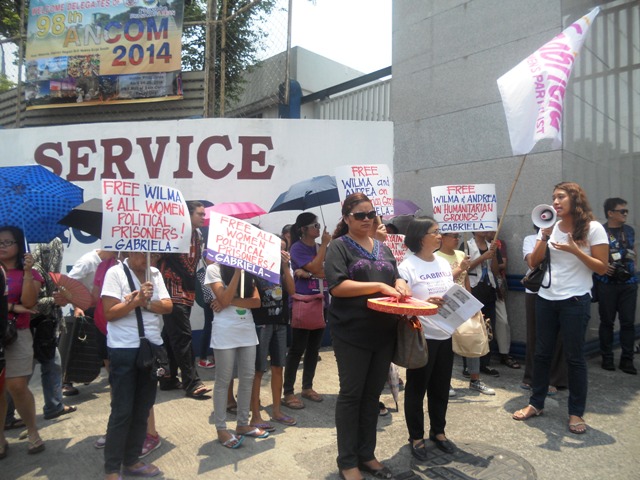 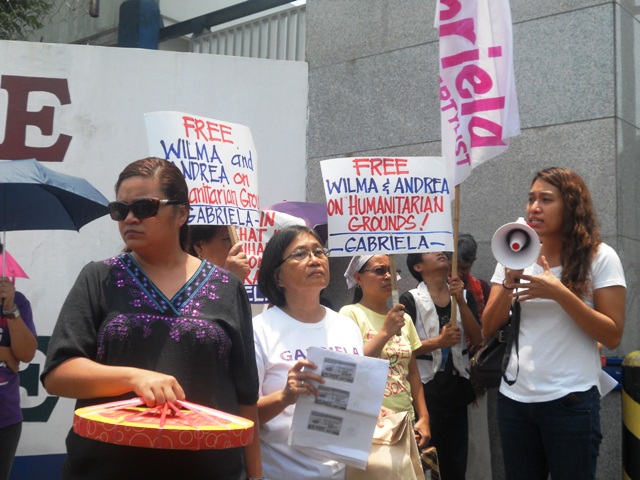 “The conditions inside the detention facilities where Tiamzon and Rosal are detained aggravate their health situation and put them at great risk,” said Joms Salvador, secretary general of Gabriela. She added that Tiamzon is in need of immediate medical attention and so is Rosal who is about to give birth anytime soon. “As such, we assert that Tiamzon and Rosal be immediately released.”

Gabriela and the Karapatan chapter in Southern Tagalog also demanded for the immediate transfer of Rosal to a hospital facility.

“Whether it is bureaucratic red tape or intentional delay, the PNP has stepped on Tiamzon’s right to be visited and our right to visit even she has a health condition that needs special attention,” Salvador said.