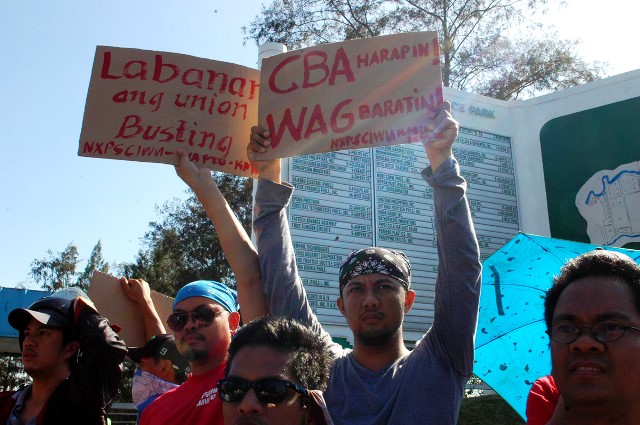 MANILA — Workers of NXP Semiconductors in Cabuyao, Laguna picketed yesterday the main gate of the Light Industry Science Park I to protest the allegedly illegal dismissal of 24 union officials and to call for the resumption of their collective bargaining negotiation.

Around 300 workers from NXP, from other companies inside and outside the industrial enclaves and supporters held a program in front of the LISP I gate. Industrial enclaves such as the LISP are regarded as a “no-union, no-strike” zone. The workers later marched to Pulo, Cabuyao and also held a short program there. 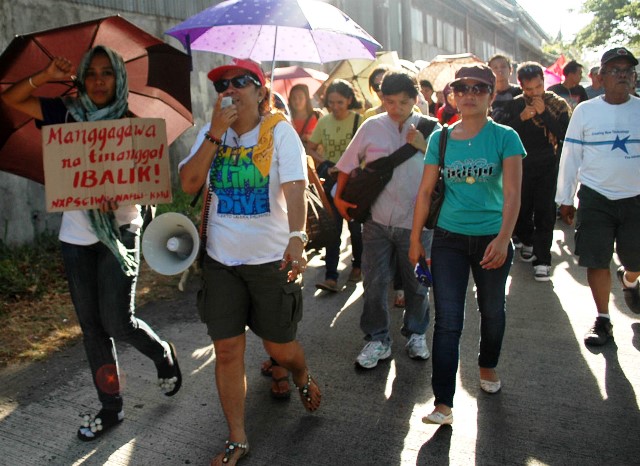 “Our immediate demand now is the reinstatement of the 24 union officials illegally dismissed by the NXP management last May 5. We are also calling for the immediate resumption of the CBA negotiation as well as the regularization of contractual workers in the company who now number to about 2,000,” said Reden Alcantara, union president of the NXP Semiconductors Company Workers Union (NXPSCIWU).

The union said the NXP management terminated workers without any due process allegedly due to their participation in an “… illegal strike on April 9, and other following holidays.”

“The illegal dismissal of all union officers is tantamount to union-busting. It is a desperate and malicious move of the NXP management to force us to give up on our just CBA demands to improve the lot of the workers,” added Alcantara, who is also concurrent national president of the Metal Workers Alliance of the Philippines (MWAP).

The dismissed officers include all members of the union Executive Board as well as the Shop Steward Council and were all part of the union negotiating panel for a new collective bargaining agreement (CBA) package. They were immediately put on a blacklist and were barred from entering the LISP I gates and the company premises. All their benefits were blocked including the educational subsidy which is due to be released on May 15. 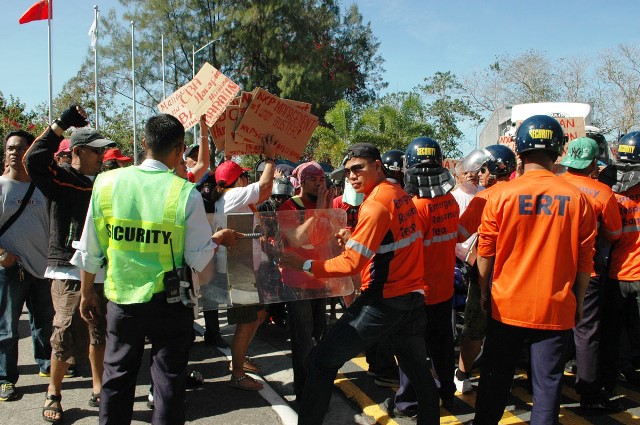 With the dismissal came the more noticeable presence of state police and military in the area. The union noted there is now a heavy presence of the Regional Special Action Force (RSAF) wearing civilian clothes in NXP, and they are roaming around even the production area. Even the shuttle buses which ferry the workers to and fro the NXP premises are now heavily guarded, the unionists said.

“It’s as if we are under martial law and workers are treated like criminals,” said Alcantara.. The NXP management wants to sow fear among the workers.”

Alcantara criticized the Aquino government, particularly the Department of Labor and Employment (DOLE), saying it is protecting the interest of foreign companies such as the NXP Semiconductors which is one of the biggest electronics company in the country. But at the expense of the workers. “The government’s cheap labor policy is aimed at attracting foreign investments such as that of the NXP which only rakes in profit from the sweat and toil of Filipino workers,” Alcantara said.

The union of NXP rank and file employees believe the government is colluding with foreign investors like NXP who located in the so-called “no-union, no-strike” special economic zones. Their union is regarded as one of the few successful cases, having survived the economic zones’ unwritten policy against unions, but that is also why the union is being hit now, said Alcantara. He vowed that that the union continues to have a basic right to have a good collective bargaining agreement (CBA) “because we workers are major stakeholders in the company’s progress.”