“As military generals, those who murder and torture, get promoted and plunderers of the nation’s coffers receive special treatment in jail, the Aquino government is on full blast promoting impunity.” – Karapatan

MANILA — Human rights and media groups slammed the promotion of a military official implicated in the infamous Ampatuan Massacre.

Col. Medardo Geslani of the Philippine Army was promoted to brigadier general shortly after he was cleared by the Office of the Ombudsman.

Army spokesperson Lt. Col. Noel Detoyato said in a news report that Geslani “possesses all the qualification (to be promoted general)” and that there is no legal impediment to the said promotion.”

The National Union of Journalists of the Philippines, in a statement, said the promotion of Geslani is an insult to the victims of the Ampatuan Massacre, which claimed the lives of 58 people, including 32 journalists and two human rights lawyers, nearly five years ago.

Geslani, according to the NUJP, was at the time the commander of the 601st Brigade of the Philippine Army whose “failure, or more accurately, refusal to act on a request from Esmael Mangudadatu, who was then running for governor against a member of the Ampatuan clan, for security escorts for the convoy and, again, when he was informed by an intelligence team that scores of gunmen had stopped the convoy in Barangay Salman, Ampatuan and had taken the vehicles toward the hinterlands, followed by a backhoe, that may have sealed the fate of the Ampatuan 58.” 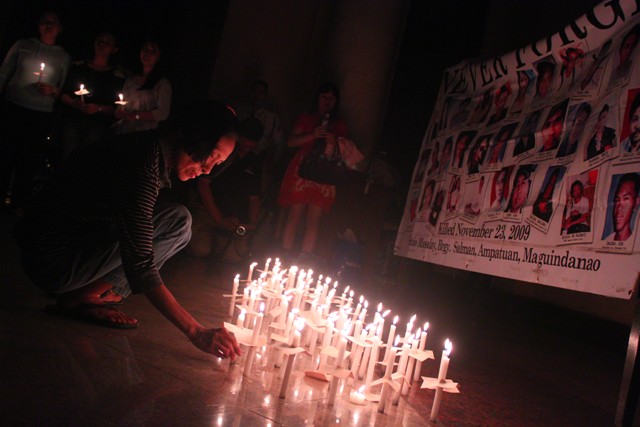 Apart from Geslani, then Lt. Gen. Alfredo Cayton was also promoted to major general of the 6th Infantry Division of the Philippine Army.

“It was Cayton who assured the journalists who would eventually perish in the convoy that it was perfectly safe to travel from Buluan to Shariff Aguak even if it boggles the mind how the Army, which never ceases to boast its intelligence prowess, could have missed the fact that, three days before the massacre, Maguindanao police and members of the Ampatuan clan’s private militia had already set up checkpoints on the highway leading to the provincial capital, or that as early as then, word was spreading like wildfire that the family that ruled Maguindanao had vowed that Mangudadatu would never run against their own,” the NUJP said.

Detoyato said the Philippine Army has conducted a separate investigation and that their findings were submitted before the Office of the Ombudsman.

“It’s the Office of the Ombudsman that cleared him. You cannot be promoted without getting the Ombudsman’s clearance,” he said in a report.

The NUJP, for its part, said “The military, of course, undertook its own ‘impartial’ investigation after the massacre and, as expected, absolved the two officers of any responsibility whatsoever.”

President Aquino’s approval of Geslani’s promotion “is yet another betrayal of his promise to make justice and human rights the cornerstone of his presidency,” the NUJP added.

“As military generals, those who murder and torture, get promoted and plunderers of the nation’s coffers receive special treatment in jail, the Aquino government is on full blast promoting impunity,” Palabay said, “Impunity is being fostered by its counterinsurgency program Oplan Bayanihan, the symbol of killings, torture and other human rights violations.”

These include the promotion of Gen. Eduardo Año, who was charged with the abduction of activist Jonas Burgos, generals Aurelio Balabad and Jorge Segovia, who were charged with civil and criminal charges for torture and illegal detention of the health workers collectively referred to as Morong 43, and Gen. Ricardo Viscaya, the ground commander during the infamous Hacienda Luisita massacre back in 2004.

“This policy and practice of promoting human rights violators from the military indicate the Aquino administration’s disregard of the recommendations of Prof. Philip Alston, United Nations Special rapporteur on extrajudicial killings in his 2008 report to the UNHRC. The BS Aquino government also ignored the views and recommendations of several governments during the Universal Periodic Review of Philippines in 2008 and 2012,” Palabay said.

Karapatan added that no high-ranking military official has ever been prosecuted for human rights violations.