All set for Sona ng Bayan

While the president and his people in Malacañang are harried with making reports, claims and new promises to present on President Noynoy Aquino’s 5th State of the Nation Address (SONA) tomorrow, various groups are just as frenzied preparing for the big protest “SONA ng Bayan”. 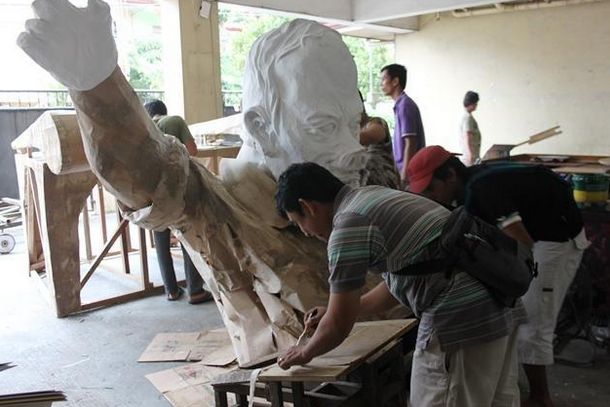 At the office of the Bagong Alyansang Makabayan (Bayan), final touches are being done on the giant Noynoy holDAPer effigy.

According to Bayan, this year’s theme for SONA centers on Aquino being the mastermind of the corrupt pork barrel system. 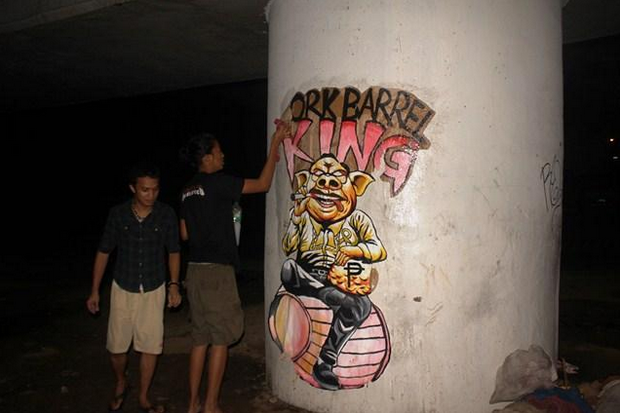 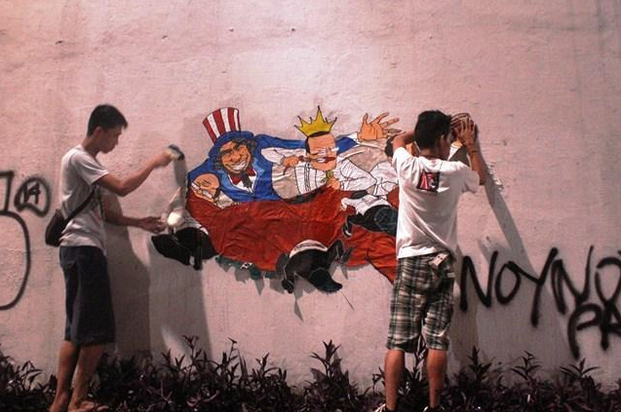 “We are ruled by a president who justifies stealing from the people and using the money for empowering his allies and their anti-people programs while our basic rights and needs remain neglected. Prices of basic commodities are soaring, disaster victims continue to go hungry and many Filipinos lack any form of social services,” Espanta said.

Women’s group Gabriela, meanwhile, composed a jingle for Monday’s protest. Members of the group, as early as Friday, have been rehearsing the song “(A)bad Romance” (sang to the tune of Lady Gaga’s Bad Romance).

Gabriela Secretary General Joms Salvador said the group expects about 7,000 to 10,000 protesters from the women sector to join the SONA ng Bayan. She said these protesters will be coming from the Metro Manila and provinces like Central Luzon, Southern Tagalog and Eastern Visayas. 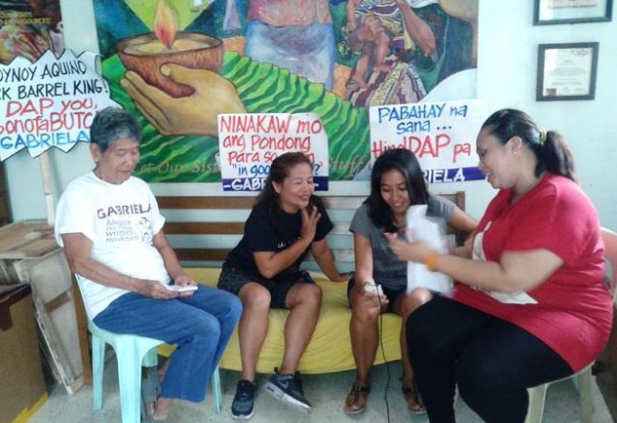 Salvador added that like other groups, their protest will focus on the controversial Disbursement Acceleration Program (DAP).

Meanwhile, Gabriela Women’s Party Representatives Luzviminda Ilagan and Emmi de Jesus announced yesterday that they will wear peach-colored Filipinianas when they attend the SONA, in support of the call to hold the Aquino administration accountable on the issue of DAP.