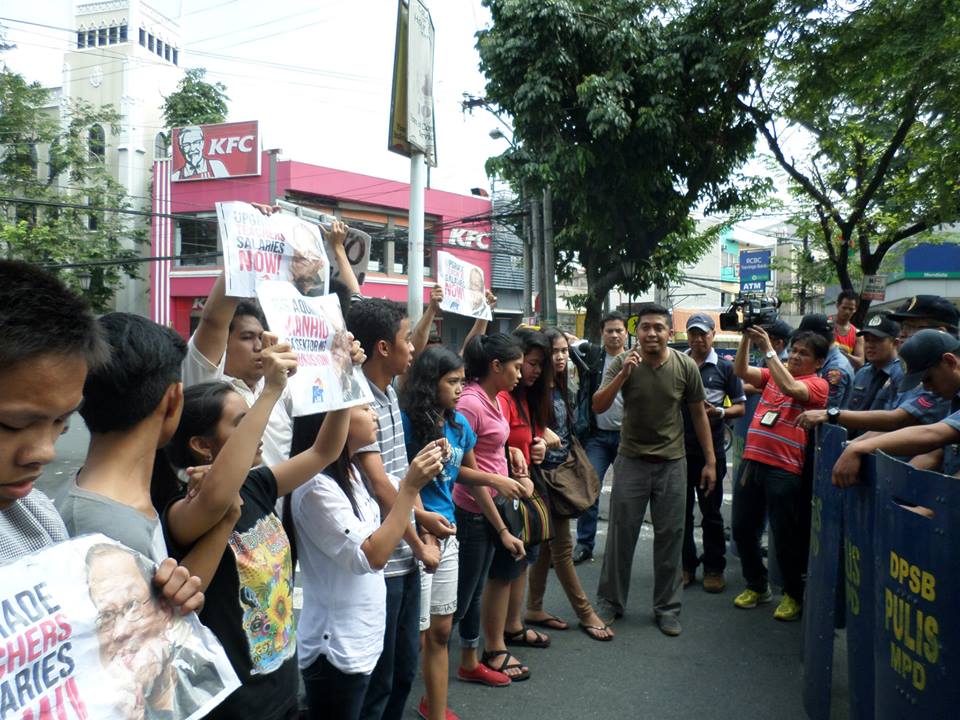 MANILA – Teachers once again stormed Gate 7 of Malacañang Palace on Monday, Oct. 6 to show their rage over President Benigno S. Aquino III’s callousness on their demand for a salary increase.

Despite repeated calls by the Alliance of Concerned Teachers for a salary increase for teachers and non-teaching personnel, President Benigno S. Aquino III has not budged.

In a statement, ACT secretary general France Castro said, “It angers us that as we celebrate the World Teachers’ Day, the present administration is still mum on our demand for salary increase.” 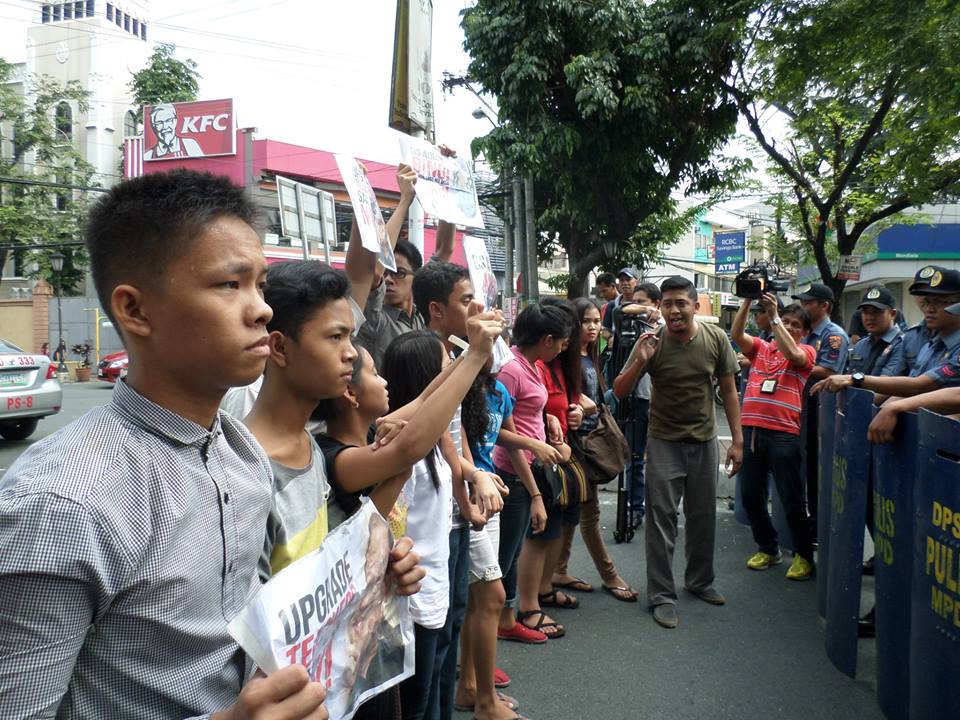 “BS Aquino continues to use the old alibi that there is no budget available to cover the amount needed for the increase, but we all know that huge amounts of public funds were wasted in graft and corruption and other kinds of anomalous projects funded by the government. As a matter of fact, the proposed budget for 2015 still contains huge lump sum allocations aimed to benefit his friends, party mates and allies in the bureaucracy.”

Castro also slammed Presidential Communications Operations Office Secretary Herminio Coloma Jr. who said that the Aquino administration is unlikely to increase teachers’ salaries next year because there is still no available funds. 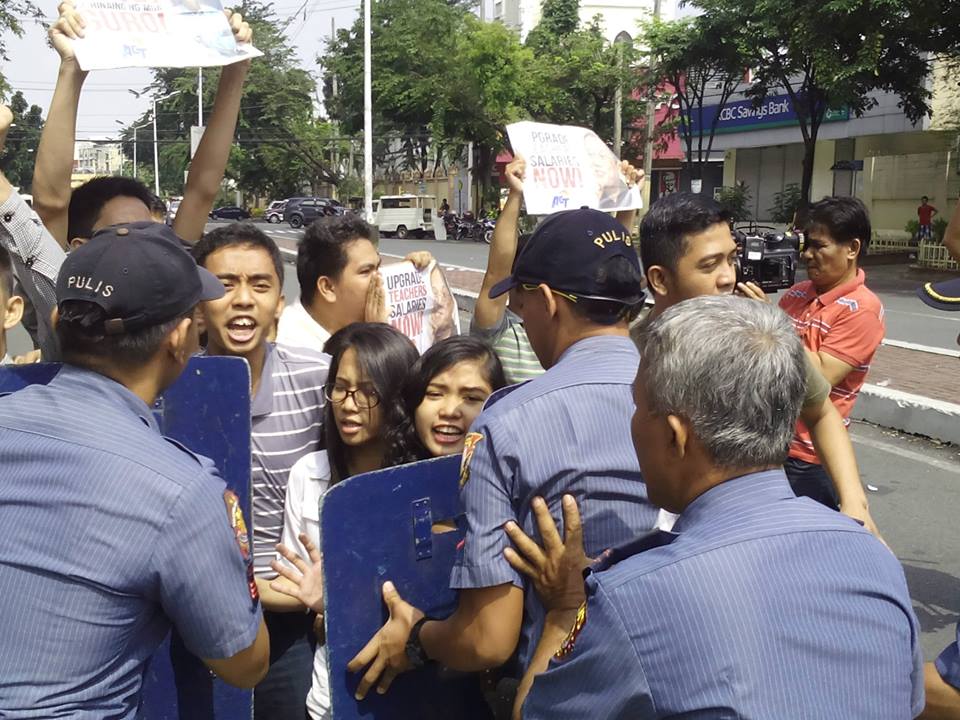 “We cannot accept this reasoning, the President is asking us to bear this situation and yet he is all open to giving in to the whims of his allies,” Castro said. 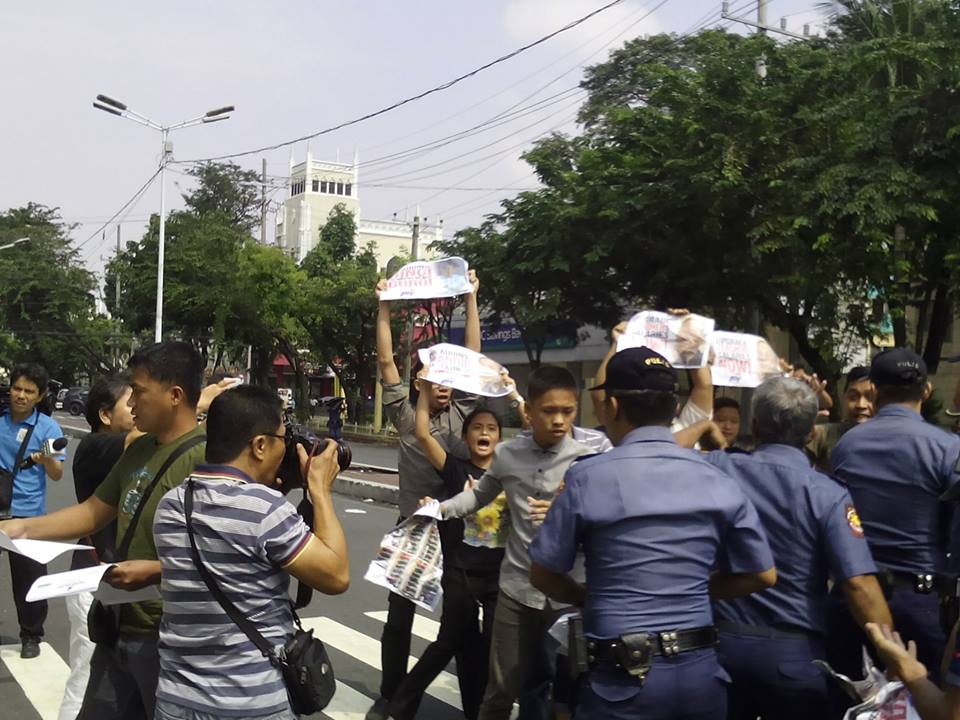 Photos by Alliance of Concerned Teachers