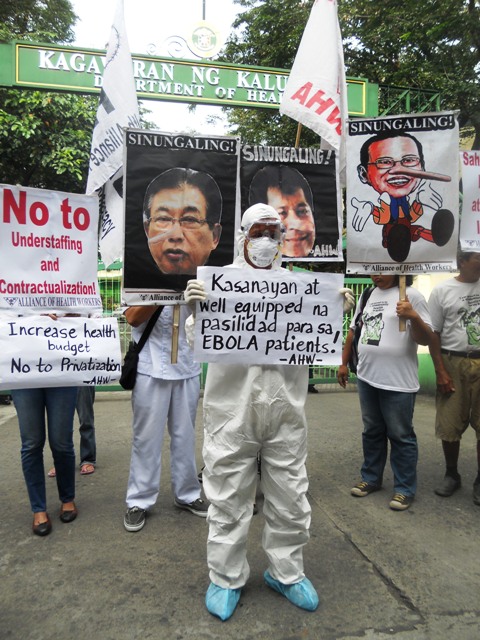 MANILA – Health workers under the banner of the Alliance of Health Workers (AHW) stormed the main office of the Department of Health on Monday, Oct. 27, denouncing its continuing neglect of the public health service system.

The health workers lament that the DOH fails in providing adequate health care for the people, and neglects the plight of health workers who suffer from low wages and lack of benefits. The AHW also lashed out at DOH’s claim that the Philippines is ready if Ebola hits the country.

“The DOH does not prioritize health services reflected in the 2015 health budget, and instead, focuses on how to generate income out of people’s sickness through Philhealth and Public-Private Partnership,” said Jossel Ebesate, president of AHW. 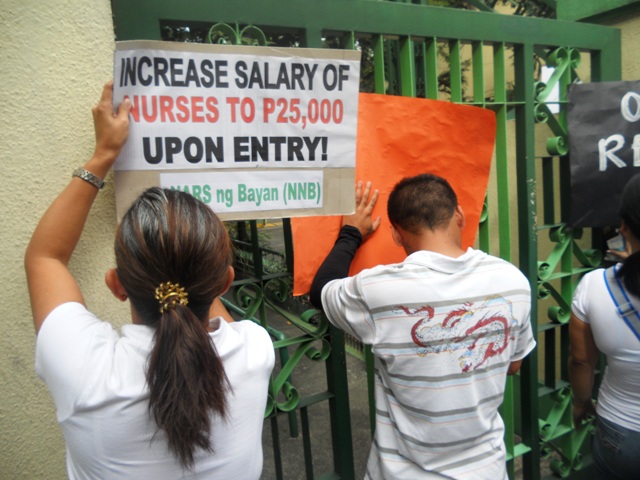 “How can we even expect the DOH to prepare the three specialty hospitals – namely, San Lazaro Hospital, Lung Center of the Philippines and the Research Institute for Tropical Medicine – to be well-equipped and train hospital workers to be ready for Ebola patients,” he said. 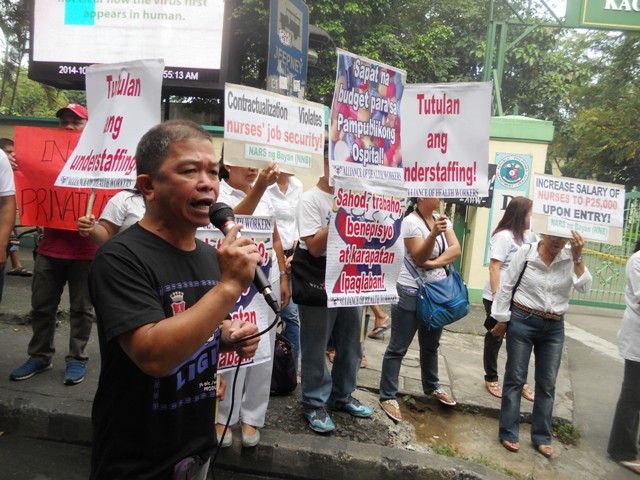 He slammed the government for not funding the modernization of the Philippine Orthopedic Center (POC) which costs P5.6 billion ($124 million), and instead passed on its obligation to improve hospital facilities to private companies like Megawide-World Citi Consortium. The POC modernization has been awarded to the said corporation. Ebesate said the “modernization” of POC will increase the cost of its services as private companies will try to get back the money it has invested in the project.

Sean Velchez, president of the POC employees union, meanwhile, said health workers should also fight for the people’s right to health and other social services because by not doing so would be turning their back to the Filipino people that they are serving. “Then we will not be different from this government that has abdicated its responsibility to the people.”