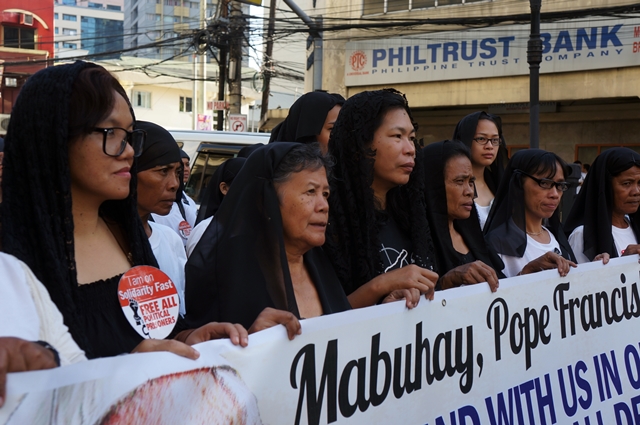 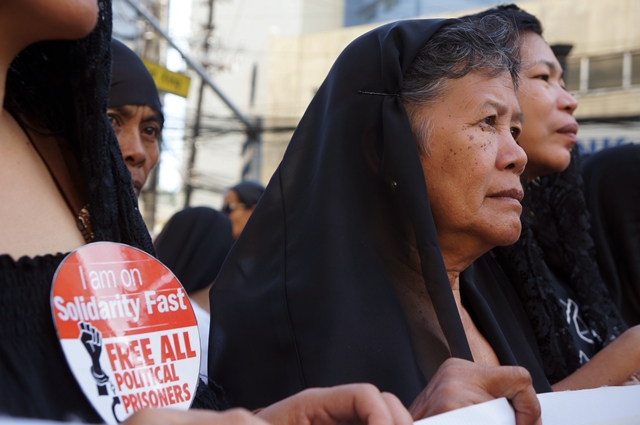 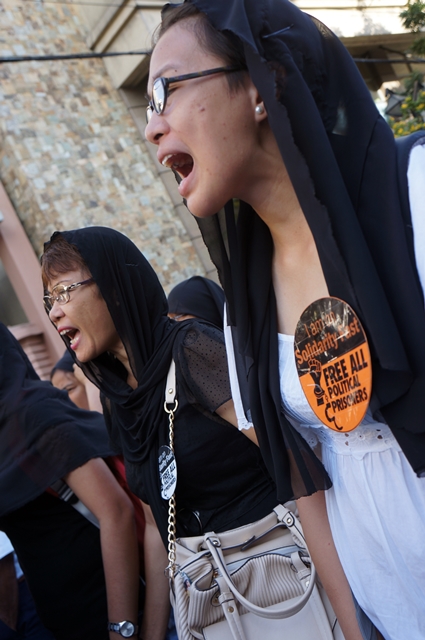 MANILA — It has been two years since Willem Geertman, a Dutch missionary, was killed. Yet, his fiancee Maria Aurora Santiago said it remains unclear who were behind the brutal killing.

If she will have the chance to speak to Pope Francis, she would tell him, “Willem is no criminal and did not deserve such death. He fought for our rights. Yet, until now, we do not know who ordered his killing.”

Geertman, executive director of Alay Bayan Luzon Inc., was shot dead on July 3, 2012, in front of their office in San Fernando, Pampanga. Human rights activists believe that the motive behind his killing was not mere robbery but political in nature due to the death threats, surveillance and red-tagging by state security forces that he was a communist. 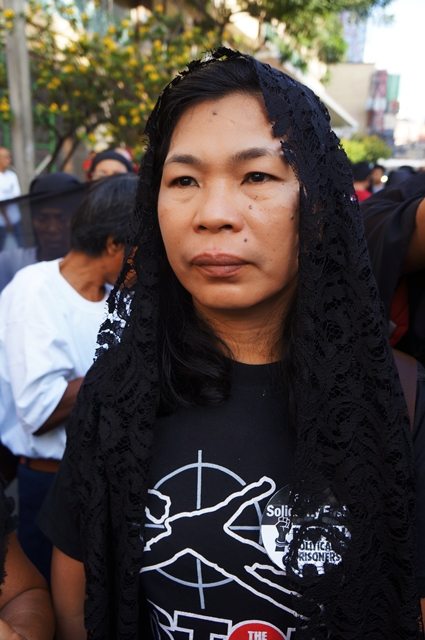 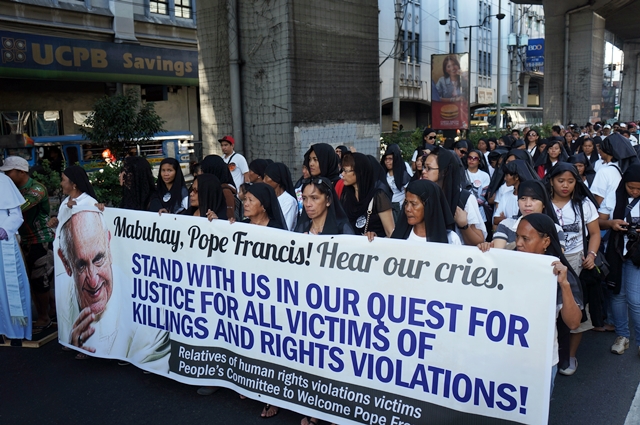 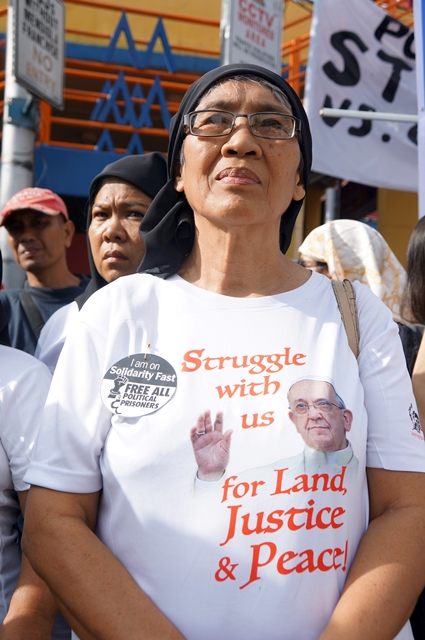 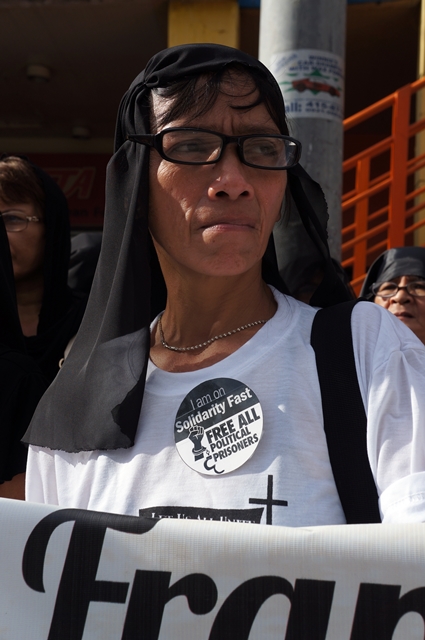 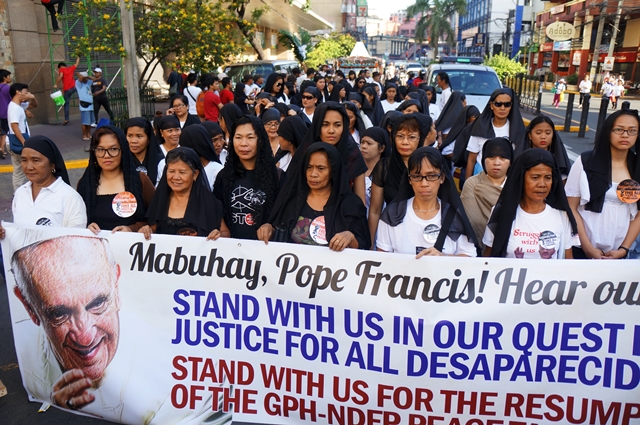 But Santiago, was barred from even getting a glimpse of the Pope. She was among the “200 women in black,” composed of relatives of victims of human rights violations who joined a gathering in Mendiola from where they tried to march towards Ayala Bridge to see the Pope on his way to Manila Cathedral, but they were blocked by police.

“What are you trying to hide from the Pope? What did Malacañang ordered you to do?,” Nikki Gamara, daughter of political detainee Renante Gamara, told the police. “This government is a hypocrite. While it welcomes the Pope, it represses the people. Is that the teachings of the church?” 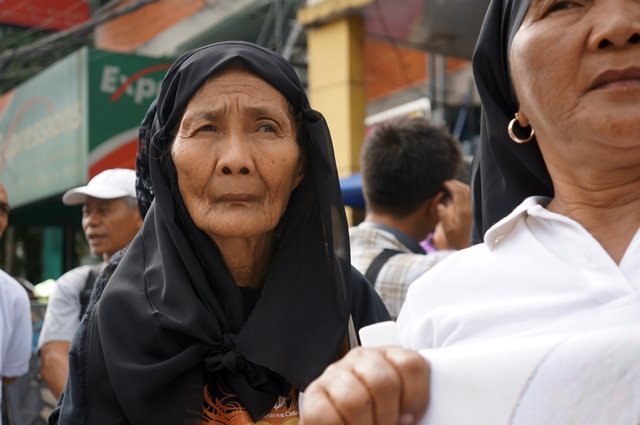 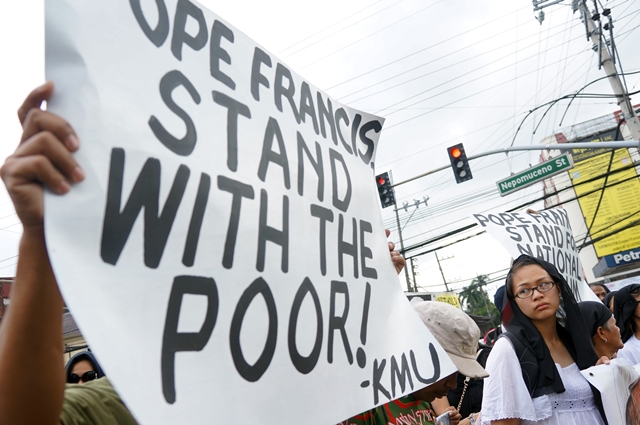 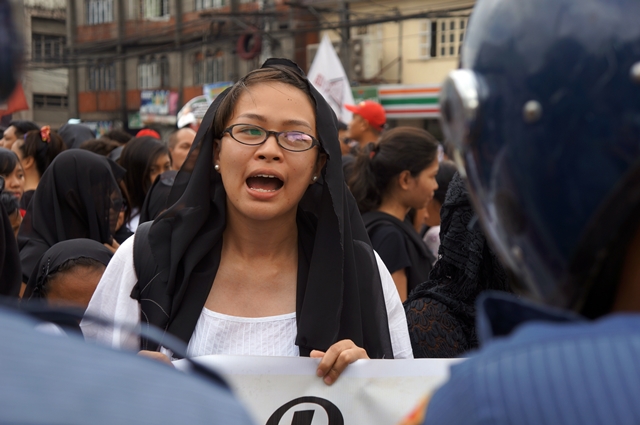 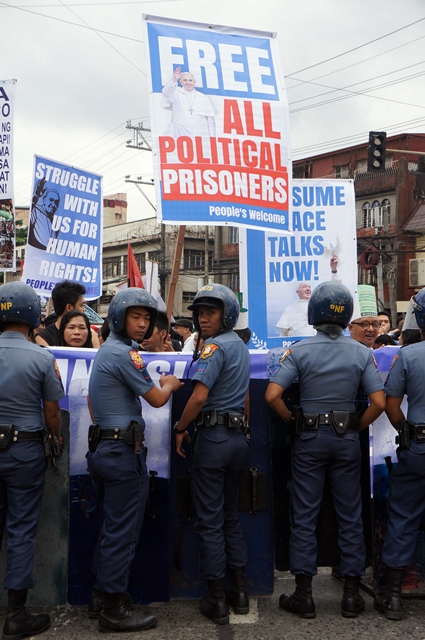