Leo was born in Olongapo, Subic, Zambales province, his father was a worker at the US Subic Naval Base. At an early age, he became aware of the discrimination against Filipinos in their very own land, by Americans who enjoyed, and abused, extraterritorial rights in the former US military base. 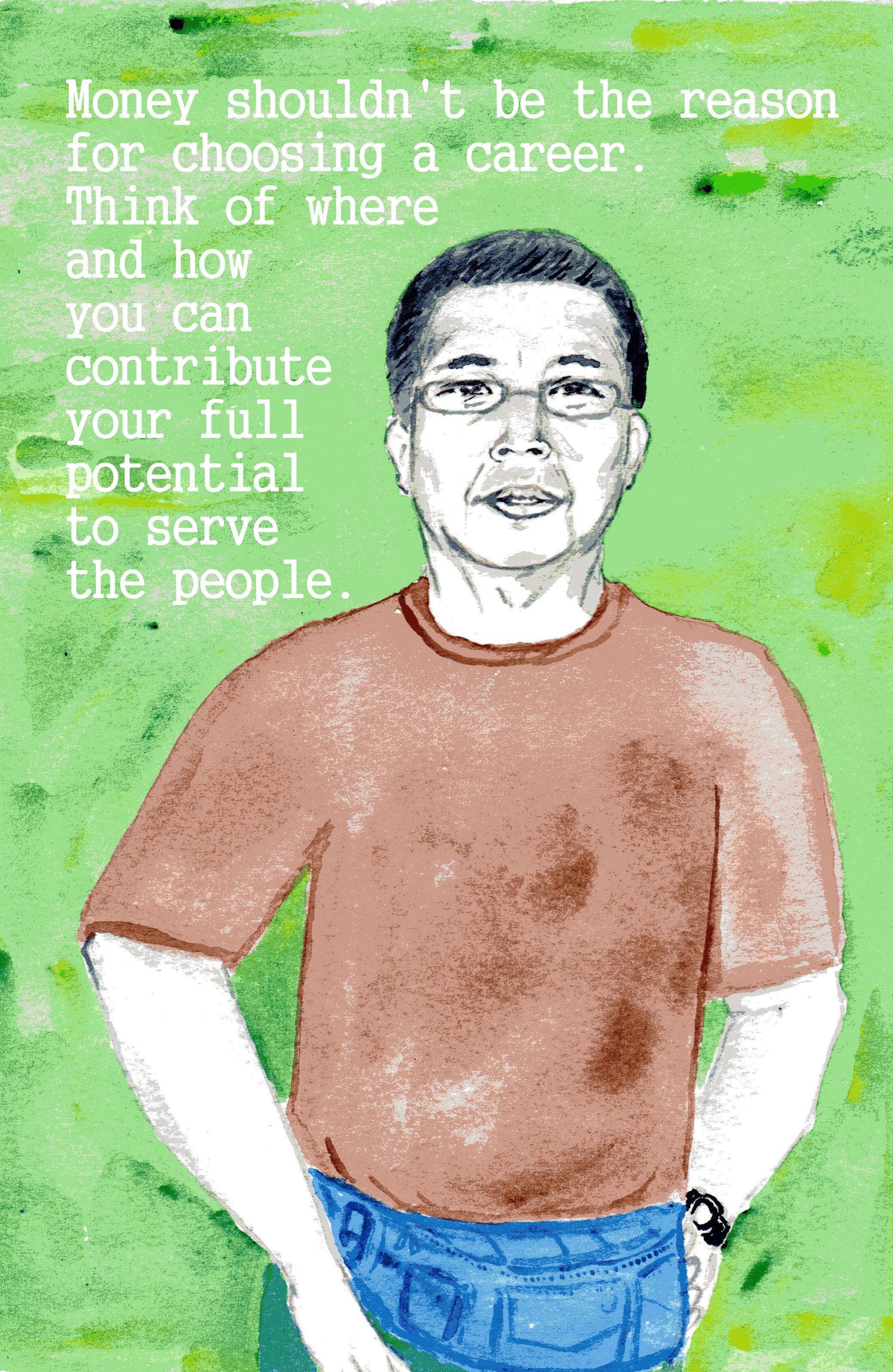 Leo was among the youths who “went through the fire” of the First Quarter Storm, and imbibed deeper commitment to serve the people.

1970 was the year he entered the College of Medicine at the University of the Philippines. Later that same year, he joined the armed struggle in the countryside.

Leo spent most of his years in Cagayan Valley region, where he organized among peasants, helped implement agrarian revolution, and led “breakthrough” campaigns in resisting the Marcos Dictatorship, including big mobilizations and campaigns against human rights violations and peasant exploitation.

Leo married Elizabeth Principe, another activist from UP Diliman, and a comrade in the countryside.

Their daughter, Lorena “Aya” Santos recalled how she grew up without both parents around. But they were always there to guide her and her older brother Anton.

Aya recalled that as she was turning 18, she wanted to have a debutante ball, which one aunt was willing to pay for, but was opposed by another aunt. When she asked her father for advice, Leo told her:

“Of course, you deserve a party. But you know, you deserve much more than that. You deserve a better society which will genuinely make you happy, not only on your 18th birthday, but for the rest of your life.”

After graduating from college, Aya joined an alternative multimedia outfit, on her father’s prodding that money should not be the decisive factor in choosing a job, but rather, how one’s full potential could serve the people.

After Leo’s disappearance, later that same year, on November 28, his wife Elizabeth was also abducted in Cubao, Quezon City, as she was coming out of a diagnostic laboratory for a test. She was surfaced on Dec. 2, at a press conference by the police and Phil. Army.

She was released on July 21, 2009 after all six criminal charges against her had been dropped or dismissed by the court.

Leo remains missing. It has been eight years.