Is the Philippines under a state of war? Against whom? 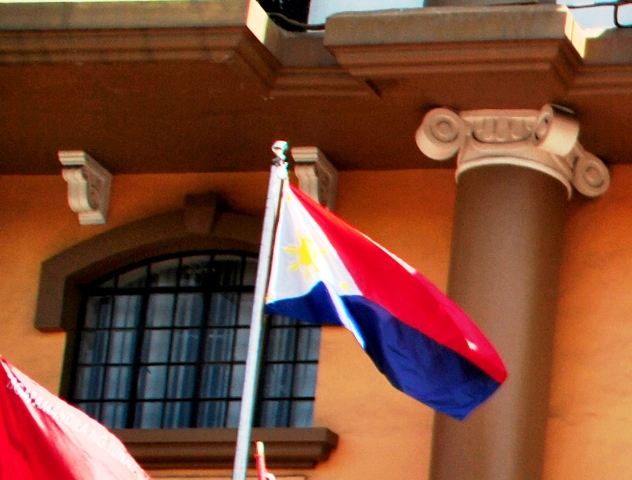 At the recent Southeast Asian Games, some Filipino athletes’ uniforms showed the Philippine flag with the red and not the blue color up. Apologies followed after authorities blamed the supplier of uniforms. 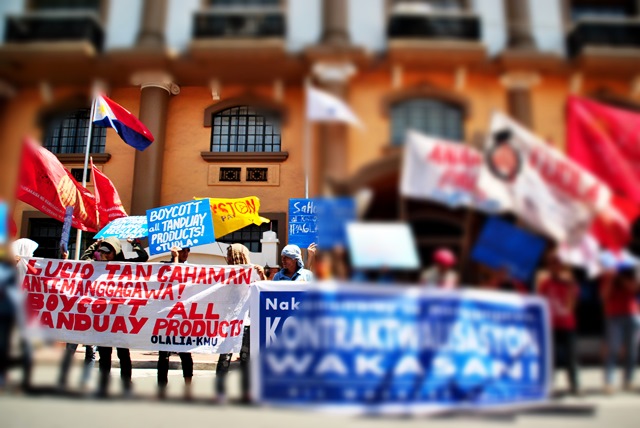 Yesterday, at a picket protest of workers from Metro Manila and Southern Tagalog in front of the Department of Labor and Employment in Intramuros, Manila, they noticed the department’s Philippine flag had the red color up.

Since the workers have been denouncing the labor department’s hand in forcing them into dangerous workplaces and low-wage, insecure jobs, and seemingly engaging them in a war when they protested, the workers found nothing wrong in seeing the Philippine flag displaying the red color up. 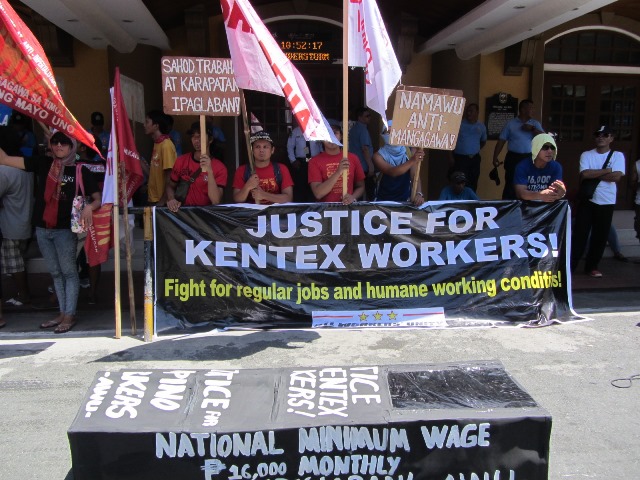 The workers on strike from Tanduay Distillers Inc. still bore the scars of their recent defense of their picketline from the police, security guards and what they call “Lucio Tan’s goons.”

The supporters of Kentex Manufacturing Corp.’s fire victims brought a mock coffin symbolizing the killer work conditions which the labor department had approved and marked as labor standards-compliant. 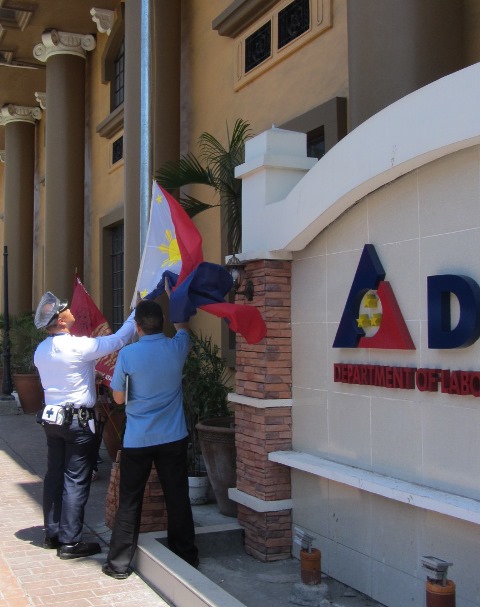 Some of the policemen watching over the protesters and the security guards hastily pulled the flag down to “correct” its color.

[Text by Marya Salamat, Photos by M. Salamat and Pamantik-KMU]