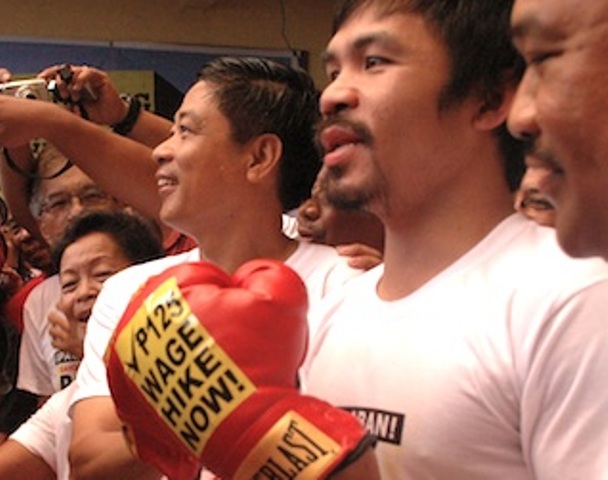 The “People’s Champ” is set to visit Mary Jane Veloso, the Filipina on death row in Indonesia.

Pacquiao was the former acting chairperson of the House of Representatives’ Committee on Overseas Filipino Workers Affairs.

Mary Jane’s supporters in Indonesia plan to give “batiks” to Pacquiao and wife Jinkee as a thank you gift for their continuing support to save Mary Jane from execution. At the height of the #SaveMaryJane campaign, Pacquiao called on Indonesian president Joko Widodo to spare the Filipina from death row.

“On behalf of my countrymen, Mary Jane Veloso, and the entire Filipino people, I am begging and knocking on your kind heart that your Excellency will grant executive clemency to her by sparing her life and saving her life from execution,” Pacquiao had said.

Mary Jane’s execution was stayed at dawn of April 29 to give way to the legal proceedings here in the country, following the seeking of protective custody of her recruiters. She was sentenced to death in Indonesia five years ago for carrying in 2.6 kilograms of heroin secretly stashed in the luggage bag her recruiter lent her.