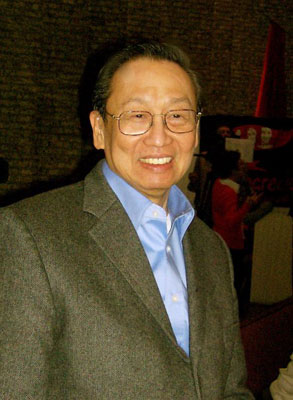 The 2016 elections are still nine months away and yet those aiming for national positions from the president to the senators are already campaigning this early. Media conglomerates are beginning to cash in on paid advertisements.

What is at stake in the upcoming elections? Bulatlat columnist and UP professor Sarah Raymundo interviewed Prof. Jose Maria Sison to get the views and the position of the Left, a significant political bloc in the country, on the upcoming 2016 elections.

1. In general, what do you think of the elections conducted by the present ruling system? Do they really allow the expression of the political will of the people and do they result in the election of officials that solve the problems of the people? Are the presidential elections of 2016 any different from previous elections?

JMS: The elections conducted by the present ruling system of big compradors and landlords subservient to US imperialism do not express fully the political will of the people and do not result in the election of officials that can solve the basic problems that pertain to foreign domination, domestic feudalism and bureaucrat capitalism.

The elections are dominated by the political personalities and parties that are representatives of the big compradors and landlords and veritably exclude the patriotic and progressive representatives of the workers and peasants. The methods of exclusion include military and police surveillance and other coercive operations, slander campaigns in the press, schools and churches, lack of campaign money and manipulation of the electoral voting system, whether automated or not.

The presidential elections of 2016 are bound to be no different from previous elections and may differ only in some respects, such as the unprecedentedly huge amount of public funds for campaigning and bribing local officials and the pre-programming of the automated electoral system. That’s why many are worried that Mar Roxas will win as president through fraud. Aquino is known to boast cynically that the only thing needed is to create the illusion that Roxas is zooming up in the poll survey and the mechanisms for electoral fraud will do the rest.

JMS: All pronouncements and publications of the Communist Party of the Philippines regarding elections show that this revolutionary party of the working class continues to regard the elections conducted by the reactionary classes as a farce for conjuring the illusion of democracy and deceiving the people. The CPP does not participate in such elections and neither endorses reactionary parties and candidates nor any of the patriotic and progressive small parties that are liable to be Red-baited.

Some parties and candidates actively seek the open or discreet endorsement of the CPP because of its large revolutionary mass base. This is considered even bigger than the Iglesia ni Cristo membership of voting age. Indeed, the mass base of the CPP if won over on the basis of united front can be an even bigger swing vote for or against any political party or candidate.

Efforts are sometimes exerted by political parties and candidates to seek my support because of my historical position as founding chairman of the CPP. But it is the CPP and its leading organs that make decisions regarding the elections and the application of united front policy. I am always careful and proper in saying that it is the CPP and not me as an individual that makes decisions for the CPP. However, as an individual, I can freely make statements related to the elections without speaking for the CPP or any other organization.

3. Are not the progressive party list groups extensions of the CPP? How do you reconcile the position of the CPP considering the elections as a farce and not objecting to the progressive party list groups campaigning and running for office? What is the position of the CPP towards parties and candidates that express adherence to certain positions that may please the CPP?

JMS: The progressive party list groups are not extensions of the CPP. They are independent entities, with their respective reasons for existence, compositions and identities. They are also independent from each other. They are not one and the same as the CPP, no matter how much the the Red-baiters insist.

The CPP considers the elections a farce and does not participate in the elections, especially because it is leading a people’s war for national and social liberation. On the other hand, the progressive party list groups are legal entities which are critical of the general character of the elections but see some opportunities for some seats in Congress, for broadcasting a national democratic program and achieving some reforms.

4. What are those positions that please you or the CPP and that may be espoused by the platform of a party or a presidential candidate?

JMS: The CPP’s program for a people’s democratic revolution is well known and its position on current issues can be read in Ang Bayan. What is pleasing to me is the candidate or party that responds positively to the following demands of the people:

Second, Respect human rights and give full play to democracy

Fourth, Carry out national industrialization as the lead factor of economic development and as the key to solving unemployment, poverty and underdevelopment.

Fifth, Implement land reform as a matter of democratic right and social justice and as a method of liberating the landless tillers, releasing capital, promoting rural development and creating a domestic market

Sixth, Improve the wage and living conditions of the workers, protect and promote all possible means of livelihood and raise the people’s standard of living

Eighth Stop plunder and all forms of graft and corruption and punish the
perpetrators; end the pork barrel system and channel government funds
to planned economic development, infrastructure development and expansion of
social services.

Tenth, Promote a patriotic, democratic , scientific and progressive system
of education and culture.

Twelfth, Ensure wise utilization of natural resources and protection of the
environment.

Thirteenth, Respect the rights of national minorities to self-determination and
development.

Fifteenth, Pursue an independent policy and develop closest cooperation with
all neighboring countries for the purpose of international solidarity,
peace and development.

5. What can the CPP or you as CPP founding chairman do to show that you are pleased or displeased with the position of a party or presidential candidate on certain or a whole set of issues?

JMS: I can publicly praise the adoption or acceptance of any of the foregoing 15 demands by any party or candidate. And I can criticize the rejection of any of these demands. I can compare the parties and candidates concerning the acceptance or rejection of these demands. I cannot speak for the CPP in this interview but you can monitor its views concerning elections by visiting www.philippinerevolution.net.