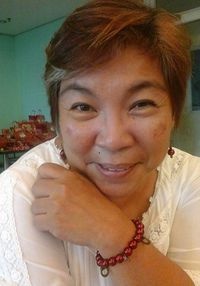 “It betrays the mindset of dangerous people who do not know how to distinguish between criticism and dissent and rebellion.”

MANILA – An award-winning journalist has become the subject of red tagging due to her consistent reporting on Lumad killings.

In a meme posted yesterday on the Facebook page of Justice and Truth shall Prevail, Inday Espina-Varona of ABS-CBN online news site, has been branded as an asset of the Communist Party of the Philippines (CPP), New People’s Army (NPA) and National Democratic Front of the Philippines. The meme has Espina-Varona’s photograph and a hammer and sickle in the background.

Asked to comment on the incident, Varona told Bulatlat.com, “It betrays the mindset of dangerous people who do not know how to distinguish between criticism and dissent and rebellion.”

Varona challenged those who are behind the meme to “put it out there.” “It is a reflection on them than on me,” she said.

The creators of the meme accused Varona, a recipient of numerous journalism awards, of unfair reporting. She was also called spokesperson of human rights group Karapatan.

Varona covered the recent press conference organized by the Armed Forces of the Philippines. In her stories, Varona also religiously cited the side of the military.

Varona added that the meme “is the best explanation for why legal, unarmed activists are targeted.”

In a statement, Benjie Oliveros, spokesperson of Altermidya, a national network of alternative media practitioners, condemned the incident. “It is reminiscent of the Arroyo administration’s arbitrary branding of people as enemies of the state.”

At that time, the military branded media groups such as the National Union of Journalists of the Philippines (NUJP), the Philippine Center for Investigative Journalism and Bulatlat.com as “enemies of the state.”

“This is a serious attack against our colleague, an award winning journalist at that. This is an affront to press freedom,” Oliveros said.