You Are Here: Home → 2015 → October → 12 → #FighterNgBayan | Colmenares files certificate of candidacy for senate

MANILA — Bayan Muna Representative and the Makabayan party’s senatorial bet Neri Javier Colmenares filed his certificate of candidacy (COC) before the Commission on Elections (Comelec) today, Oct. 12. He was among the first to file candidacy for the senate.

Different people’s organizations and personalities gathered at the National Press Club, then marched to the Comelec office at the Palacio del Gobernador in Intramuros, Manila to show their support to Colmenares.

Colmenares’ aunt, actress Angel Locsin was among his supporters, having earlier joined the clamor for the lawmaker to run for senate in the 2016 national elections. 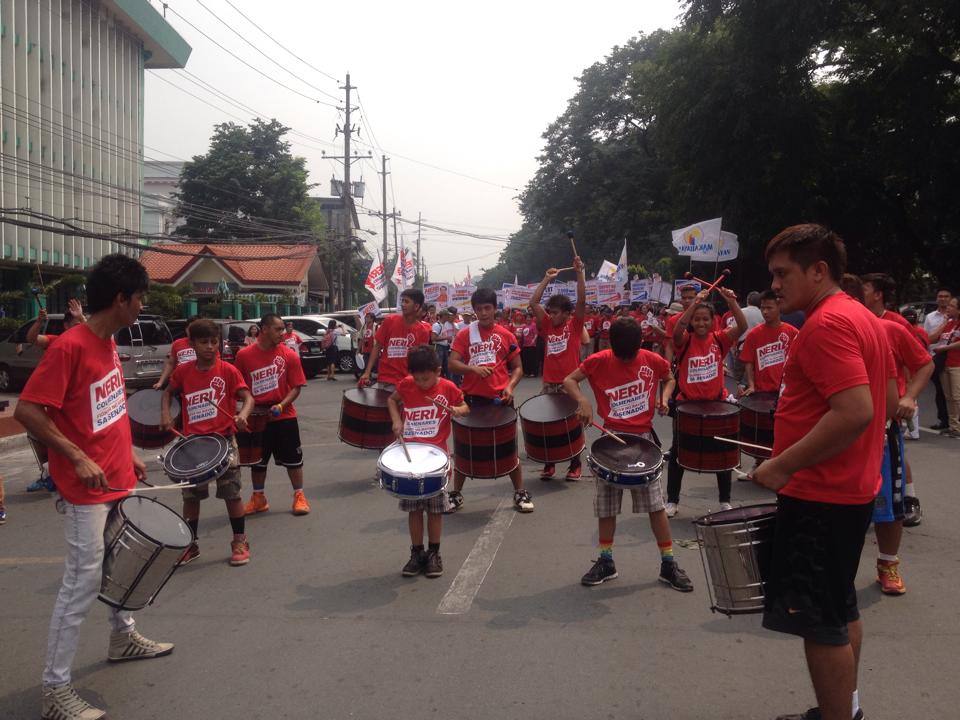 Colmenares’ platform includes the protection of consumers, particularly, against rising prices of electricity, water, oil, and basic commodities, increase wages and pension and end contractualization, implementation of genuine agrarian reform and national industrialization, and assertion of Philippine sovereignty against intervention by US and China.