You Are Here: Home → 2015 → October → 13 → PBCom employees bring protest against layoffs to Chinatown 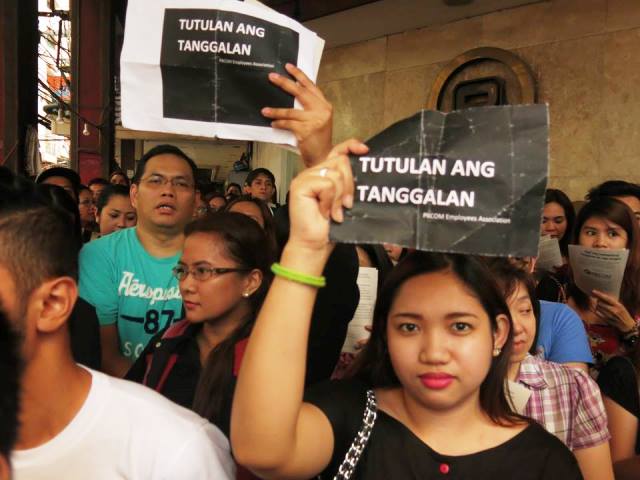 MANILA – Two hundred unionists from bank employees in Lucio Co-controlled PBCom gathered to hold a picket protest at the bank’s Binondo branch Saturday, October 10. They are protesting the termination of employees. PBCom traces its roots in Binondo. 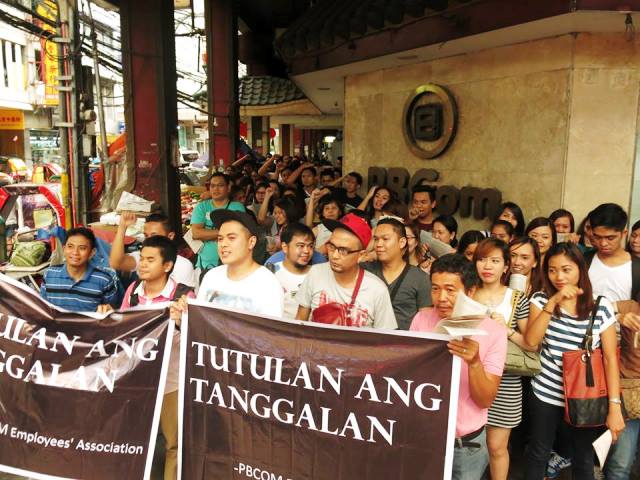 “We need to take action in defense of our members. We must hold on to our right of security of tenure as workers of the Bank”, said John Rainier Castillo, President of PBCom Employees Association (PBCEA).

Up to 44 employees have received termination papers without warning from September 18 to 24 – it says the termination will be final by October 18.

In addition, PBCom announced on October 1 it will terminate another seven (7) union members, following its declaration of Credit Assessment Department (CAD) as “redundant.”

PBCom cited as reasons for the scheduled termination the bank’s on-going reorganization, streamlining and productivity management.

According to the union, since 2013 PBCom outsourced 17 of messengerial rank and file posts to third party service providers. PBCom added to these in April 2014 six more rank and file posts it declared as redundant. These posts represented additional terminations from Messengerial Department and from Credit Documentations Section. 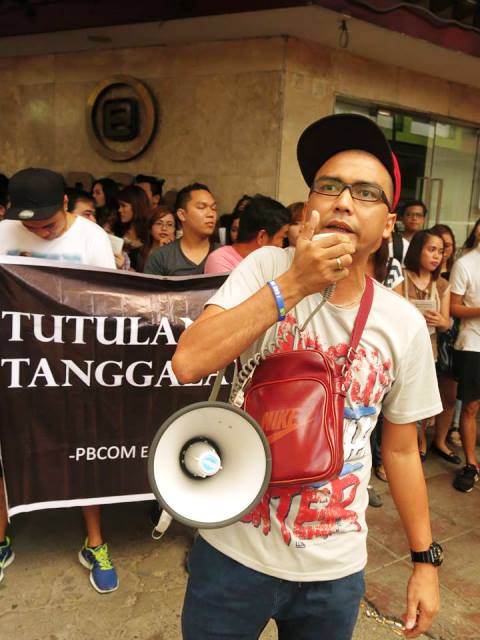 Raymund Aceña of the Banking and Financial Unions against BSP Circular 268 (BSP268) linked the ongoing terminations and reorganizations in PBCom to the BSP Circular 268 which he dubbed as “clearly anti-worker.”

The said alliance of bank unions have been calling for the repeal of the said circular. It has mostly allowed bank management to outsource certain banking jobs and functions to third-party service providers, paving the way for terminations in banks and transfer of jobs to lower-paid employees of service providers. 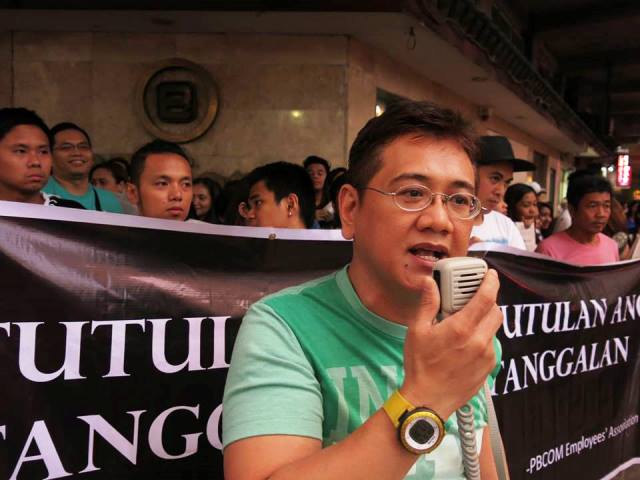 PBCom employees Association is a member of BFU268, an alliance of bank unions against contractualization and outsourcing of regular functions in the banking industry.