MANILA – Lumad leaders performed a ritual called Panubadtubad at the Palma Hall steps of the University of the Philippines Diliman. 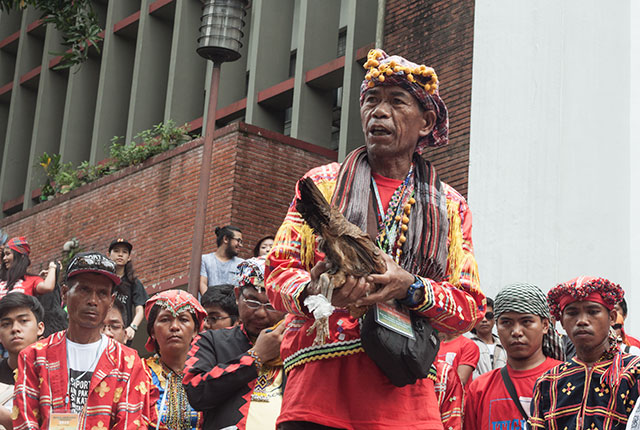 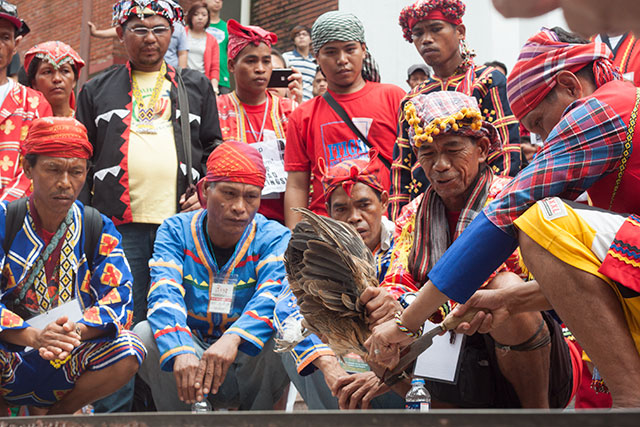 The ritual means asking permission from the owners of the Talabugta, the god or owner of the land. It is common to all Lumad in Mindanao. For the Higaonons of Northern Mindanao, the ritual is called Panglit’b daw Panghawan.

“Even in the middle of this very urbanized city, the Talabugta is there,” Jomorito Goaynon, also called Datu Imbanwag, said. “Although the god may be dormant, forgotten by the people who are preoccupied with the material rush in the ity, he is there.”

Thirteen Lumad tribes have joined the #Manilakbayan2015, the campaign of the Lumad against attacks on their schools and communities. Some 700 Lumad travelled from different parts of Mindanao to the nation’s capital.

UP Diliman is hosting the Manilakbayan delegates for one week.