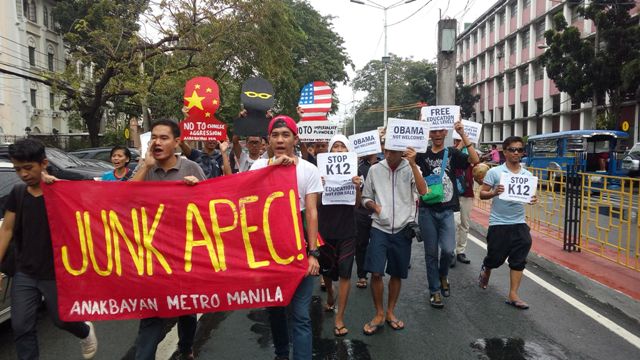 “Our protest today symbolizes our disgust for the current rotten system.”

They tagged President Aquino as “chief seller of the people.” They said six years of President Aquino only worsened the already dire condition of Filipinos, as he pushed anti-people policies such as neoliberal policies.

They said the Philippines’ participation in the upcoming Apec is not welcomed by the people. The group burned a replica of the Apec logo.
“Our protest today symbolizes our disgust for the current rotten system,” the protesters said.

“With its massive participation in the upcoming Apec summit, more policies that serve their greed for power and interests are expected to be implemented,” said Christian Lloyd Magsoy, Anakbayan Metro Manila chairperson. 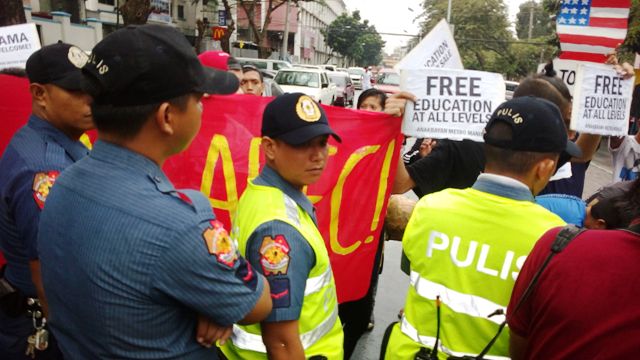 He added that a large number of students suffered more than enough in paying for skyrocketing tuition and other fees. He said Aquino’s policies have always favored profits for foreign companies, while the ordinary people never benefitted.

“The same is true with his K+12 program which will be implemented not for the students’ interest, but for businesses,” Magsoy said.

Magsoy said they will hold more protests for the upcoming Apec summit. “The youth will continue to fight for what is right and just.”