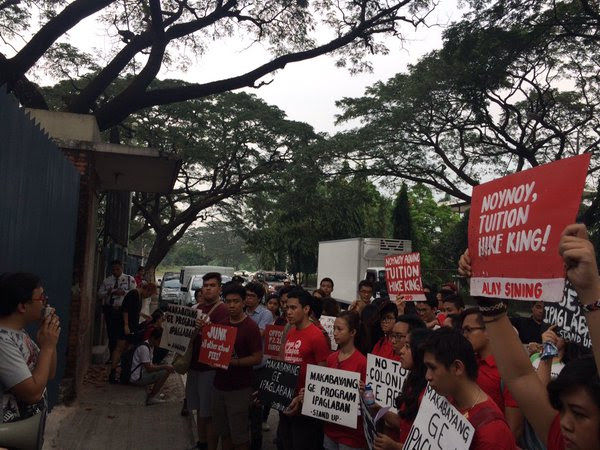 MANILA – Students of the University of the Philippines Diliman led by progressive youth group Anakbayan trooped to the Commission on Higher Education (Ched) to protest curricular reforms which they denounced as “colonial” and “anti-Filipino.”

Orly Putong, Anakbayan-UP spokesperson, said the a proposed reform in UP seeks to reduce the existing 45-unit general education (GE) program down to 21 units. This is to give way for more major subjects and specialist courses in the curriculum in line with the thrust of the government’s K to 12 program and the ASEAN integration.

The last phase of the K to 12 program will be in full swing after March of this year (end of school year 2015-2016) when Grade 10 students will enter senior high school.

Putong said they strongly oppose the proposed reform, calling it a colonial measure aimed to further align UP education to suit the demands of foreign, big businesses for cheap laborers and professionals. 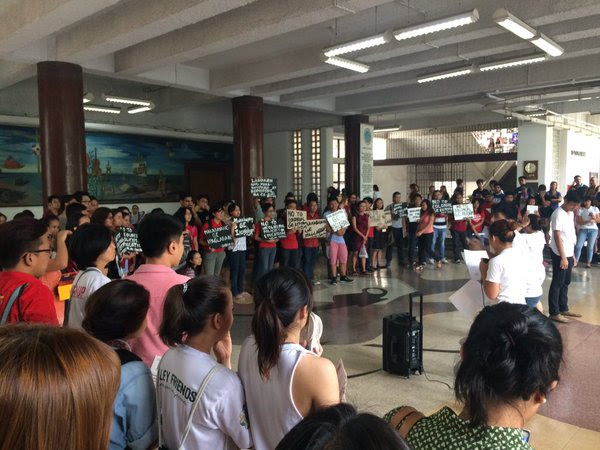 “The proposed reform will not raise the quality of UP education contrary to what the proponents say. UP has long suffered from dilapidated facilities, high tuition, and exorbitant fees due to lack of state support. What we need is a truly progressive, patriotic and mass-oriented UP education, not more colonial education,” he said.

The student leader said the proposed GE program makes the adoption of Filipino courses optional, and “puts warning labels” for courses taught mainly in Filipino, as if to discourage students .

He also echoed apprehensions of UP faculty that the reduction of the GE program will translate into less academic load, which may result to smaller salaries and employment opportunities for instructors and assistant professors who mainly teach GE subjects.

“We don’t want to be molded to serve foreign interest and profit. We stand for a nationalist, scientific, and mass-oriented education that makes skilled, critical, and patriotic citizens who serve the people,” he said.