Thousands walk out vs tuition increase 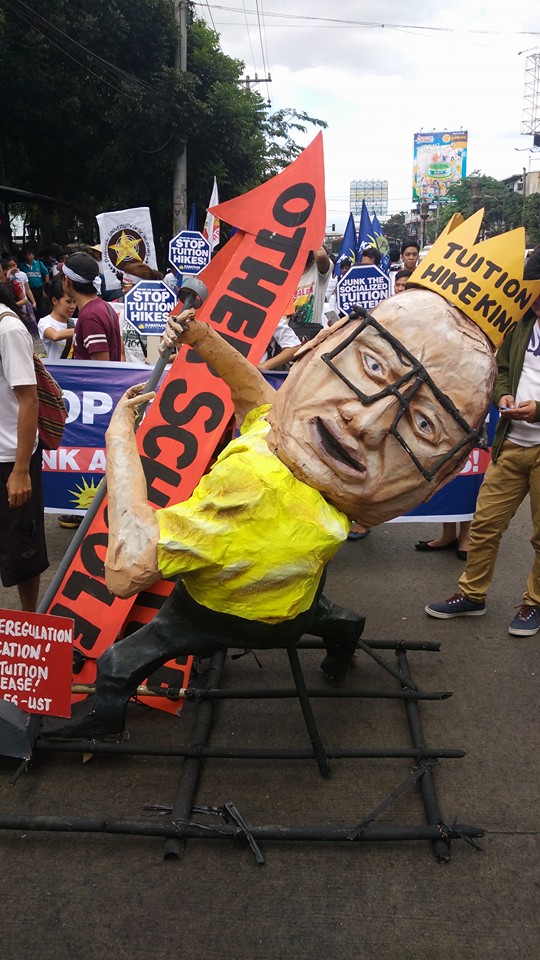 The students pressed on President Aquino to immediately freeze tuition increases in the next academic year. 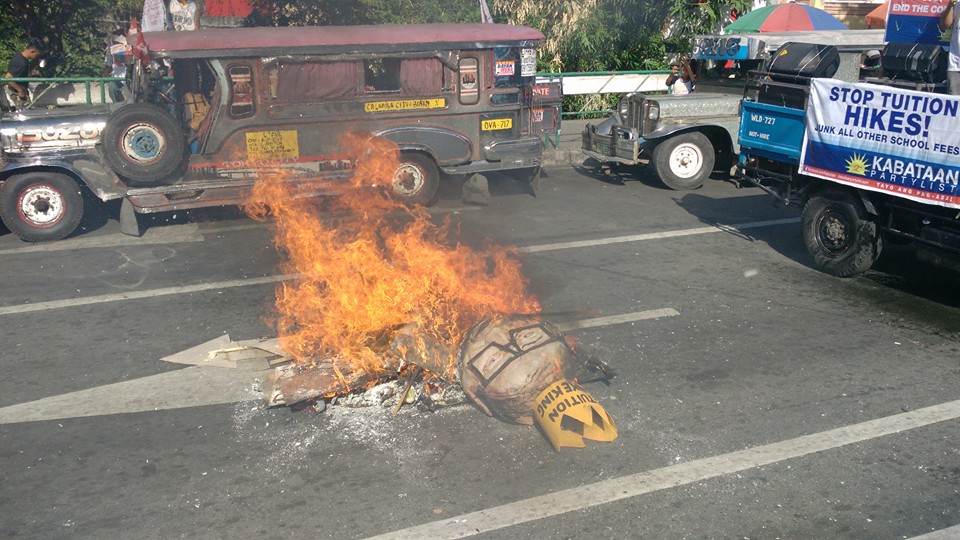 In Manila, students marched from the UST gates along España to Chino Roces bridge (former Mendiola bridge) near the gates of Malacañang Palace.
At Mendiola, students burned an effigy depicting Aquino as “tuition hike king.” The groups said under Aquino’s term, both tuition and the profits of private higher education institutions have almost doubled.

“Next school year over 400 universities and colleges nationwide will again increase tuition and other fees. Under Aquino, Philippine education has become more commercialized,” said Crisostomo.

Anakbayan is pushing for a moratorium on increasing tuition and other school fees. The group also called for the junking of all “other school fees” which are not only exorbitant but also redundant.

The groups also demanded an end to the education deregulation policy through the immediate scrapping of the Education Act of 1982 which allows universities and colleges to set their own tuition rates without any government regulation.

Kabataan Partylist Rep. Sarah Elago said high cost of learning is one of the largest barriers to education.

“To make matters worse, we have a president who is clearly afraid to even issue an appeal to private schools on behalf of students. This sums up Aquino’s presidency for youth and students: afraid, incompetent, and utterly useless,” Elago added.

Another big campus walkout is also set on March 11, the third year anniversary of the death of University of the Philippines student Kristel Tejada who took her own life after when she was forced to stop schooling after failing to pay her tuition. 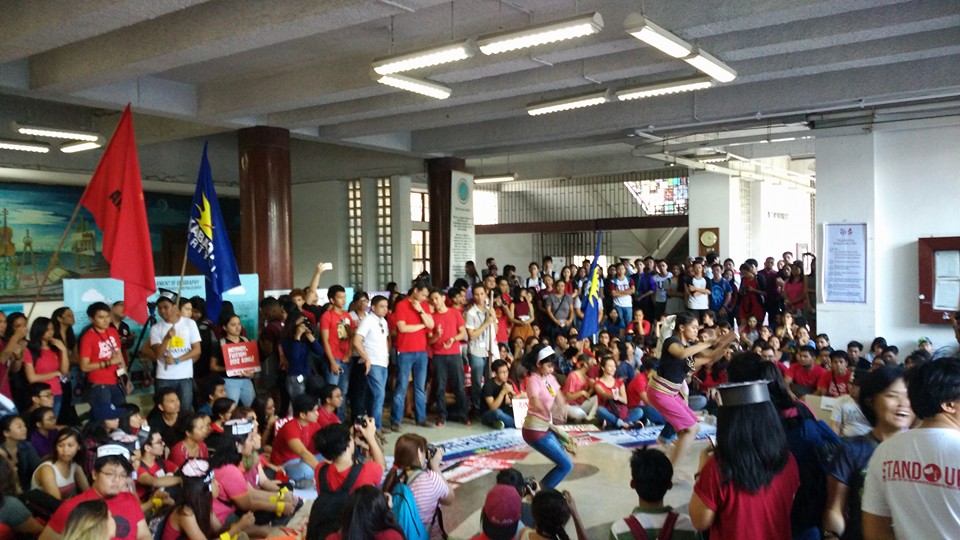