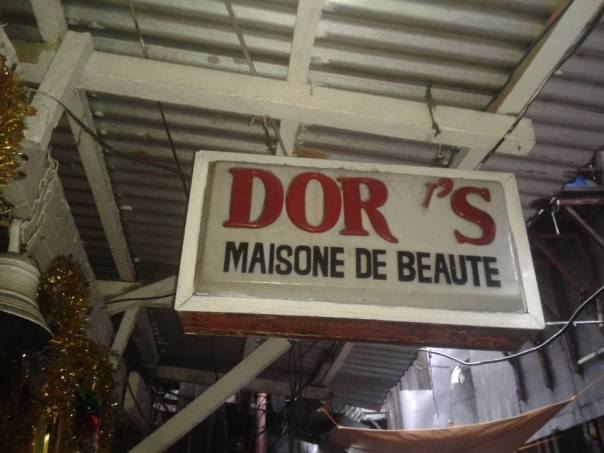 If Annie Batumbakal from Frisco had a counterpart in Tondo, it would be Lola Dory.

Along Laperal street in Tondo hangs a dilapidated French signage of Lola Dory’s parlor. This is Lola Dory’s daily grind. She has made a living out of it for decades. She recommends what hairstyle suits her customers. She may probably be weak because of old age but her passion, mastery and love for her craft is incredible.

She does haircut, manicure, pedicure and hair coloring—but that was when she was young and able. After suffering from a stroke, she does not have much regular customers but she still offers home service. Lola Dory is easy to find, most people in Laperal and Herbosa streets and Pritil market know about her not only because she maintains a parlor, but because she still does it at 100 years old.

Lola Dory is born Teodoro Ilagan on March 7, 1916. She is second and the only gay in a brood of 15. At 10, she was already doing pedicure and manicure. She knew then that she is gay but her parents did not approve of it. She left their home and met Cynthia and other gays where she had her first stint as a beautician. “Bata pa lang ako malandi na ako, sumasali din ako sa mga beauty contest dati,” Lola Dory said.

Lola Dory loves to sing and she composes her own song. One of her original composition is entitled “Turista.” “Kumakanta ako sa patay dati,” she said.

She also went to Tokyo Japan as an entertainer for almost a year. “Paborito kong kanta yung bikining itim at Jambalaya.” 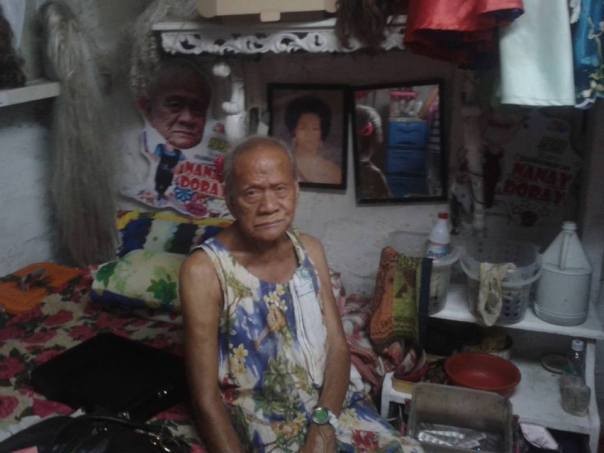 Lola Dory already has difficulty hearing. She lives with her other sibling who is currently hospitalized. “Dati may inampon akong batang babae, kaya lang ayaw niya mag-aral at lumayas na,” she recalled. She now lives alone and does the household chores by herself. She points to her ceiling and chairs and said “Ito ngang mga ito, pipinturahan ko para sa birthday ko.”

At her age, she still goes out of the house all made up. She had lots of gowns which also hangs inside her parlor. She personally sews the gowns and rents it out to her customers, together with her collection of wigs. “‘Yung mga gown ko na ‘yan, suot ko ‘yan ‘pag lumalabas ako. Nilalakad ko hanggang Divisoria. Exercise ko na rin ‘yan.” 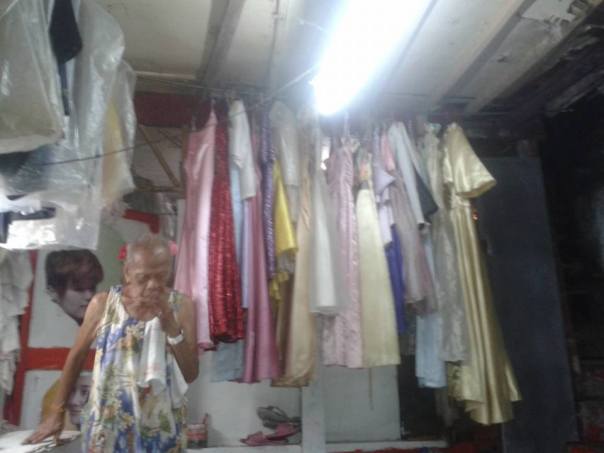 The flamboyant gay of Tondo already finds it hard to remember dates. But she vividly recalls how her life had been 90 years ago. She recalls that during the Japanese occupation, she was stealing woods and will later sell it. She was caught by the Japanese men and was brought to Quezon City where she was tortured. “Akala ko mamamatay na ako noon, buti pinalaya nila ako,” she narrated.

Among her customers back in the day was actor Romy Mallari and actress Perla Adea. She also said that she learned sewing at Deluxe fashion school in Avenida.

Lola Dory’s The One That Got Away 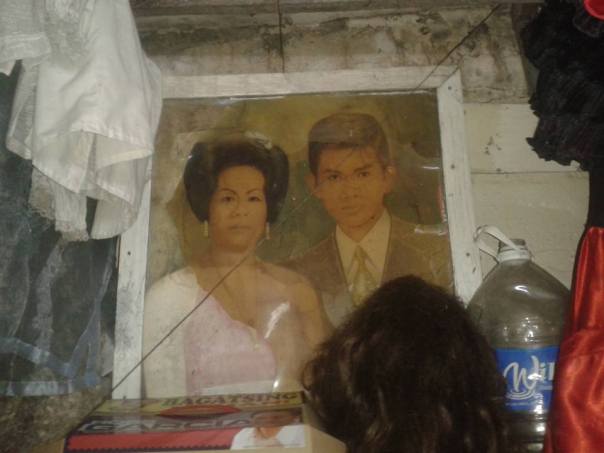 Toni is her one true love. “Hindi lahat ng bakla pineperahan. Madami akong naging boyfriend dati, puro pulis. Pero Si Toni, iba, mabait siya.” Lola Dory said. Toni asked her to stop doing service and instead put up her own parlor. But the young Dory then do not have money to start on her own. Toni financed her first beauty parlor at the corner of Herbosa and Laperal streets. Later, Lola Dory asked Toni to build a family of his own. “Sabi ko kay Toni mag-asawa siya ng babae, huwag ako. Kasi ang lalaki para sa babae lang, hindi sa bakla.” Asked if she regret her decision of pushing Toni away, she said: “Hindi na. Wala na ako magagawa eh.”

Today, Lola Dory still keeps the only memory of Toni: a portrait of them that hangs inside Lola Dory’s room. To Lola Dory, Toni was the exception; the one who made her feel loved for who she is; the one she chose to let go because norms dictate that people like her cannot love. Toni is the one and the only one she will probably love even beyond her lifetime.

This entry was first posted in Ms. Taule’s blog.