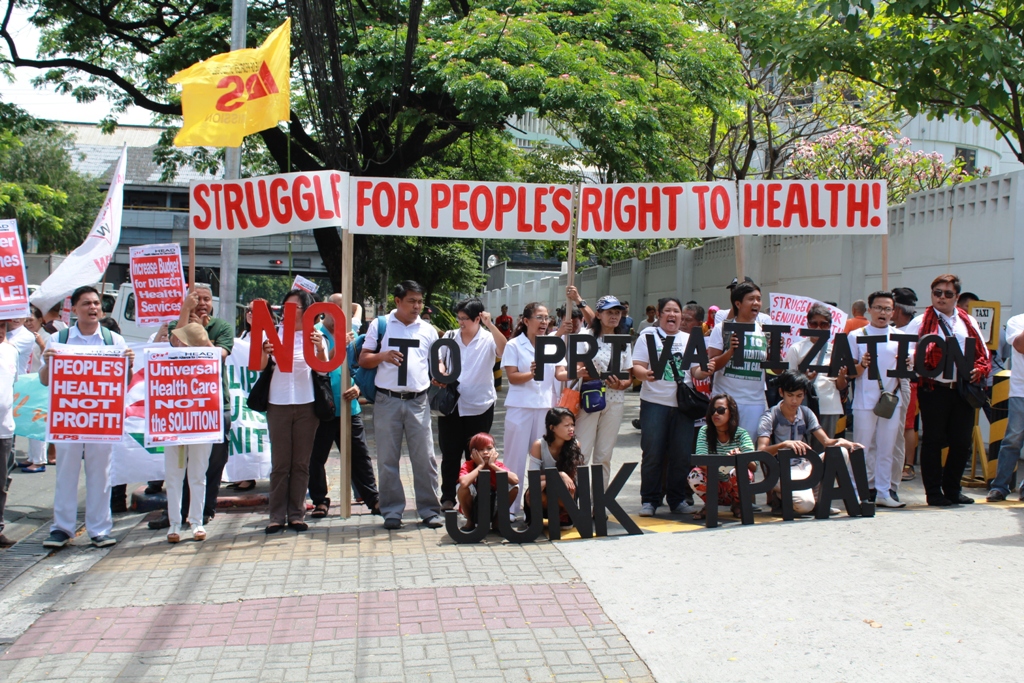 MANILA — Health groups held a picket in front of the World Health Organization (WHO) office in Manila on April 7 as the world celebrates the “World Health Day.”

The groups said there is nothing to celebrate on World Health Day as majority of the Filipinos are still plagued not only with chronic non-communicable diseases, as well as infectious diseases such as tuberculosis and dengue. What’s worse is that poor patients which are majority of the Filipino population cannot easily go to public hospitals as health services also are expensive.

The groups under the International League of Peoples’ Struggles-Health Commission, Health Alliance for Democracy, People’s Health Movement-Philippines, and Alliance of Health Workers among others challenged the WHO to address the root cause of the Filipino people’s worsening health condition which is “the imperialist take-over on the world’s health service.”

They said the Philippine government has been subservient to the “imperialist dictates and implements neoliberal policies such as privatization of health care, through the Public-Partnership Program.”

Robert Mendoza, Alliance of Health Workers (AHW) president, said the Health Facilities Enhancement Program which has taken the lion’s share of health budget increases since 2011 is even aimed towards privatization of government hospitals. 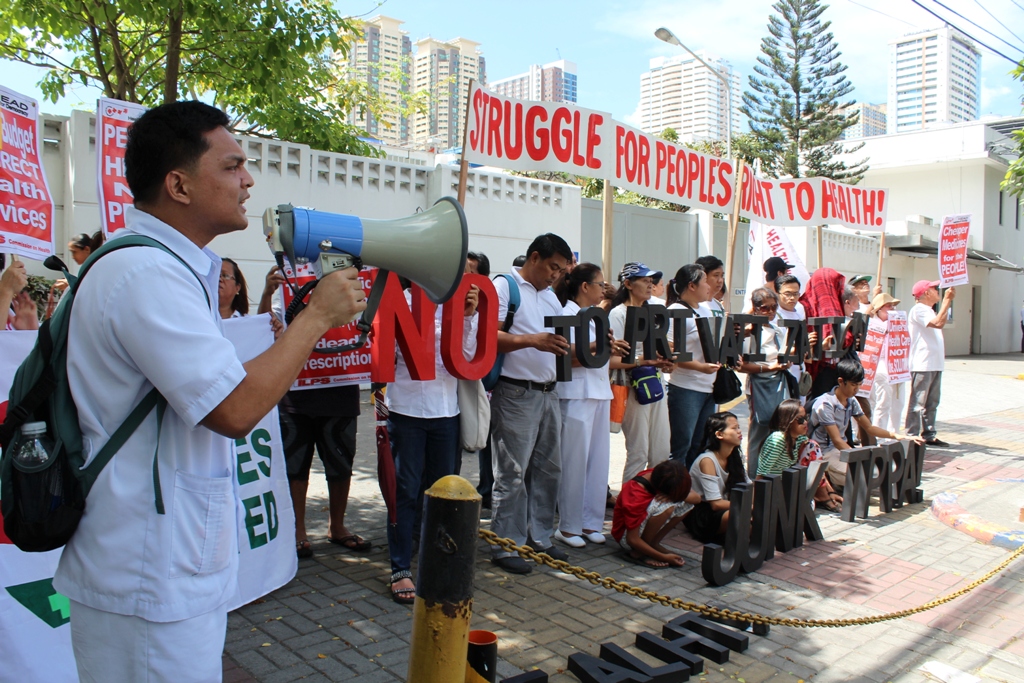 Dr. Gene Nisperos of the People’s Health Movement-Philippines also noted that over the years, the government’s relatively progressive and short-lived concept of comprehensive primary health care in the 1970s have become more selective in their health care packages. He blamed the peddling of the World Bank and WHO as some of the focal programs of the government were integrated into the Millennium Development Goals then now to the Sustainable Goals via the Universal Health Care.

“Monopoly capitalism is on a global economic offensive. It is using all the nation-state based multilateral and bilateral mechanisms such as the International Monetary Fund-World Bank, World Trade Organization, Asia-Pacific Economic Cooperation and other regional agreements at its disposal to rake more profits from ‘commodified’ health care,” Dr. Darby Santiago of the Health Alliance for Democracy (HEAD) said.

“The Pacific Partnership (TPP) represents the renewed push by transnational corporations to lengthen and broaden the scope of patent rights. As such millions of people will be further denied access to essential and much needed medicines,” he added.

The groups said that to enjoy and celebrate good health, health advocates and the people around world should unite and take on the struggle for genuine health. “Let us work to put a stop to all neoliberal policies affecting our economies and health. We must stop privatization and commercialization of health care and say No to TPPA and other onerous agreements, said HEAD secretary general and ILPS-health commission secretariat Dr. Joseph Carabeo.