“Any undertaking inside the congress will never succeed, if you cannot link it to the Filipino masses outside.”

MANILA – A day before the election, Makabayan senatorial candidate Neri Colmenares is unfazed by negative news: his reported low ranking in a recently published commissioned survey, and fears of possible massive cheating in the elections.

He is, as his campaign line goes, an optimistic and scrappy “people’s fighter.”

“The people’s reception is very good. There is recognition that I served as a ‘fighter’ in the Congress. Apart from recognition, there is also acceptance that a fighter is also needed in the Senate. This is good because this is the very essence of our struggle – to fight for people’s interests,” Colmenares told Bulatlat at the sideline of his motorcade in Metro Manila last May 6.

Generally, he said he believes that surveys reflect part of the people’s sentiments and that it gives candidates an idea on how they are faring. But, Colmenares said, the results on May 9, tomorrow, may just reflect the people’s recognition that a person who is “rowdy” and “goes against the establishment” is needed in the senate.

This is the third time that the Makabayan Coalition had fielded bets for the senatorial race. Colmenares said so far, his bid has fared the best in survey rankings and political support.

“Many are saying I should be in the senate because of my track record, and that I am articulate and intelligent. I feel bad that no one said that I should be elected because I am artistahin (movie star handsome),” he jested. 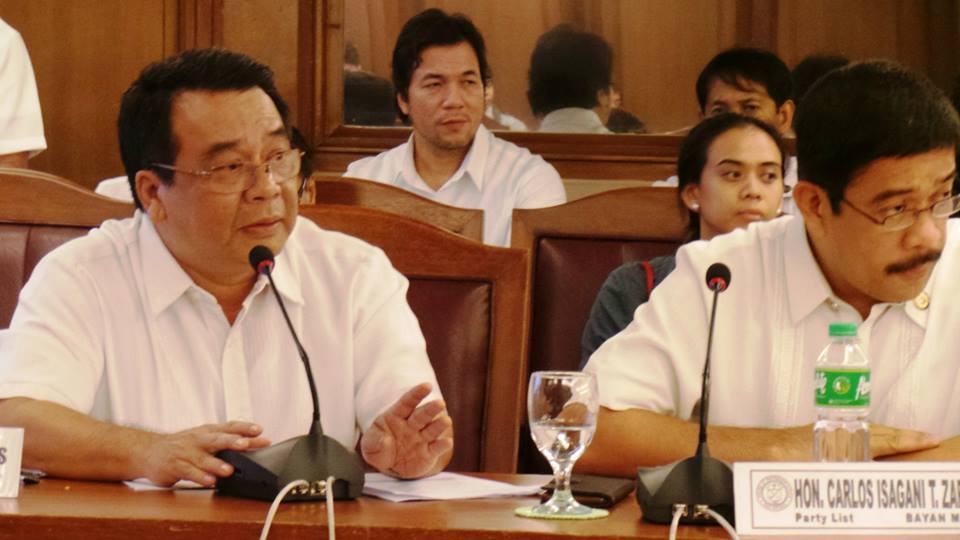 Colmenares’ political track record begins, not when he first entered public service as Bayan Muna representative, but during the martial law days.

As an 18-year-old student activist during martial law, Colmenares was arrested by state security forces in Bacolod City in 1978. He had his own share of the so-called “regular fare” – torture in the form physical beating and getting burned with cigarettes – for five nights.

His military interrogators made him write a confession of his involvement in the underground movement. Then they made him swallow the paper. Twice, the young Colmenares was also subjected to Russian roulette.

In 1983, Colmenares was a youth organizer when he was again arrested in Cagayan, a province north of Manila. This time, he was detained for three years.

To this day, every time he would narrate his harrowing experience during martial law, Colmenares’ voice becomes somber, with a forbidding tone that dreads a repeat of that dark era. In his campaigns, he is not just trying to win a senatorial seat, but is also helping educate people, the millennials most especially, to prevent the Marcoses return to power.

This had made him earn the ire of the supporters of Ferdinand Marcos Jr., who is running for vice president.

In his May Day speech in Mendiola, Colmenares said he would rather lose the senatorial election than lose his principles. He urged the Filipino people not to vote for Marcos.

Colmenares, a staunch rights defender and people’s lawyer, co-authored several laws on human rights during this three-term stint as Bayan Muna representative, such as the Republic Act (RA) 10368 or the Human Rights Reparation and Recognition Act, RA 10353 or the Anti-Enforced or Involuntary Disappearance Act and RA 9745 or the Anti-Torture Act.

Working in the belly of the beast for three consecutive terms, Colmenares, who was also House Senior Deputy Minority Floor leader, said he was able to affirm how “conservative” it is as an institution and this made it difficult to advocate for genuine changes.

“But when representatives get hold of the issue and how people outside are reacting to it, along with a good mass campaign, the congress is forced to do things they would not normally do as in the case of the pork barrel and the SSS, where not only all signed up for it but it is also gaining ground to override Aquino’s veto,” he said.

He added that because of a strong campaign against corruption sparked by the exposé on the pork barrel scam by Janet Napoles, as well as the disbursement acceleration program (DAP), lawmakers were forced to back off and publicly admit that such must no longer exist – “whether or not they really did it.”

“At least now, they are inconvenienced in hiding it. Before, it was in everyone’s faces,” he said.

Colmenares also co-authored the proposed law that would increase provide a P2,000-increase to pensioners of the Social Security System. This was unanimously passed in the House of Representatives but was vetoed by President Aquino.

He said he has made alliances “for the right issues, with the right handling.”

“Congress provided another platform to the fight of the people. My stay there did not go in vain. People were able to voice out their issues either through resolutions, bill, and advocacies,” he said.

Among the laws he co-authored are: RA 10639 or the Free Mobile Disaster Alerts, RA 10653 or the Increased Ceiling for Tax-Exempt Benefits, RA 10609 or the Protection of Students’ Rights to Enroll in Review Centers of Choice, RA 10380 or Local Absentee Voting for Media, RA 10366 or the Accessible Polling Places for PWDs and Senior Citizens Act, and RA 10069 or the Health Workers’ Day Act.

But while there were gains, Colmenares said there were frustrations as well – especially on core issues, such as agrarian reform, ending contractualization. If these laws are passed, it would benefit many people, he said.

Support from the mass movement

During the campaign, he said, he received calls from fellow congressmen and local government officials from all over the country asking how they could be of help to his senatorial bid. Colmenares said he had never worked closely with some of these officials and was surprised with all the help he is getting. Some, he said, had put his name in their respective “sample ballots,” which they distribute to their supporters and constituents. 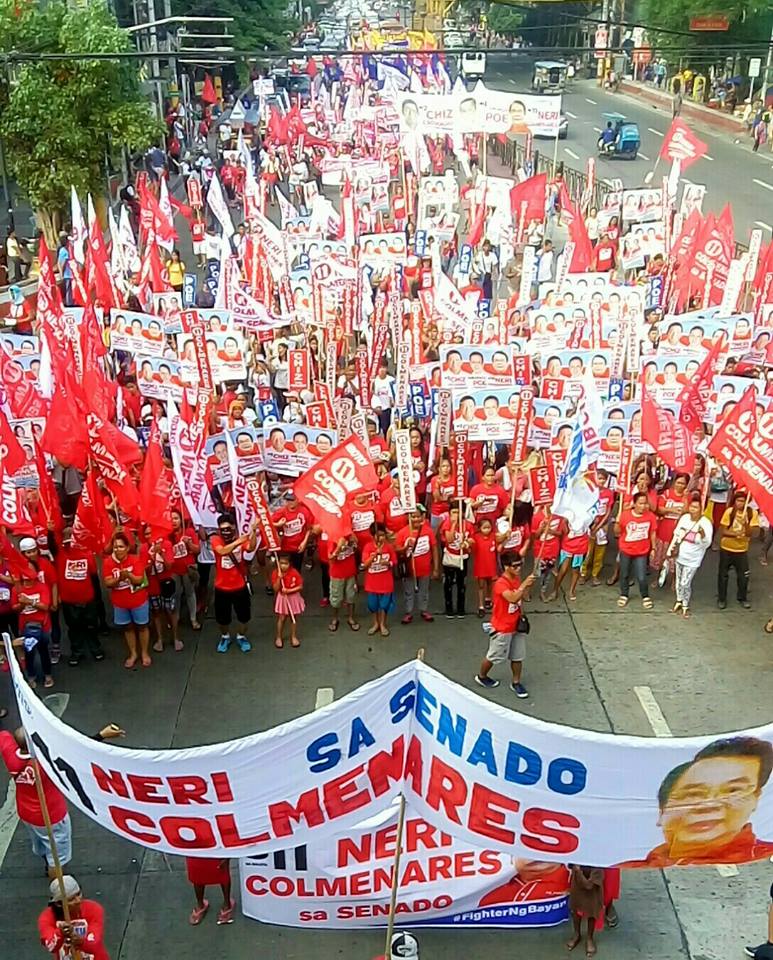 Such help, he said, felt very sincere and not mere politicking.

But Colmenares said it is the mass movement – whose progressives are in full throttle since last week in campaigning for him – will be key if he gets elected senator. After all, he gives due credit to the mass movement for their success in the parliamentary struggle.

He said, “Any undertaking inside the congress will never succeed, if you cannot link it to the Filipino masses outside.”