Duterte’s pronouncement “not only sullies the names and memories of all 176 of our colleagues who have been murdered since 1986, he has also, in effect, declared open season to silence the media, both individual journalists and the institution, on the mere perception of corruption.”

MANILA – Journalists are appalled by President-elect Rodrigo Duterte’s statement that “most journalists killed are corrupt.”

In his press conference in Davao City Tuesday, Duterte said, “Just because you’re a journalist doesn’t mean you’re exempted from assassination if you’re a son of a bitch,” he said.

“Freedom of expression won’t save you,” he added. “The Constitution cannot help you kapag binaboy mo ang isang tao.”

The National Union of Journalists of the Philippines (NUJP) said Duterte’s pronouncement “not only sullies the names and memories of all 176 of our colleagues who have been murdered since 1986, he has also, in effect, declared open season to silence the media, both individual journalists and the institution, on the mere perception of corruption.”

While the NUJP admitted that corruption is among the most pressing problems faced by the media, it is not a justification for taking life. 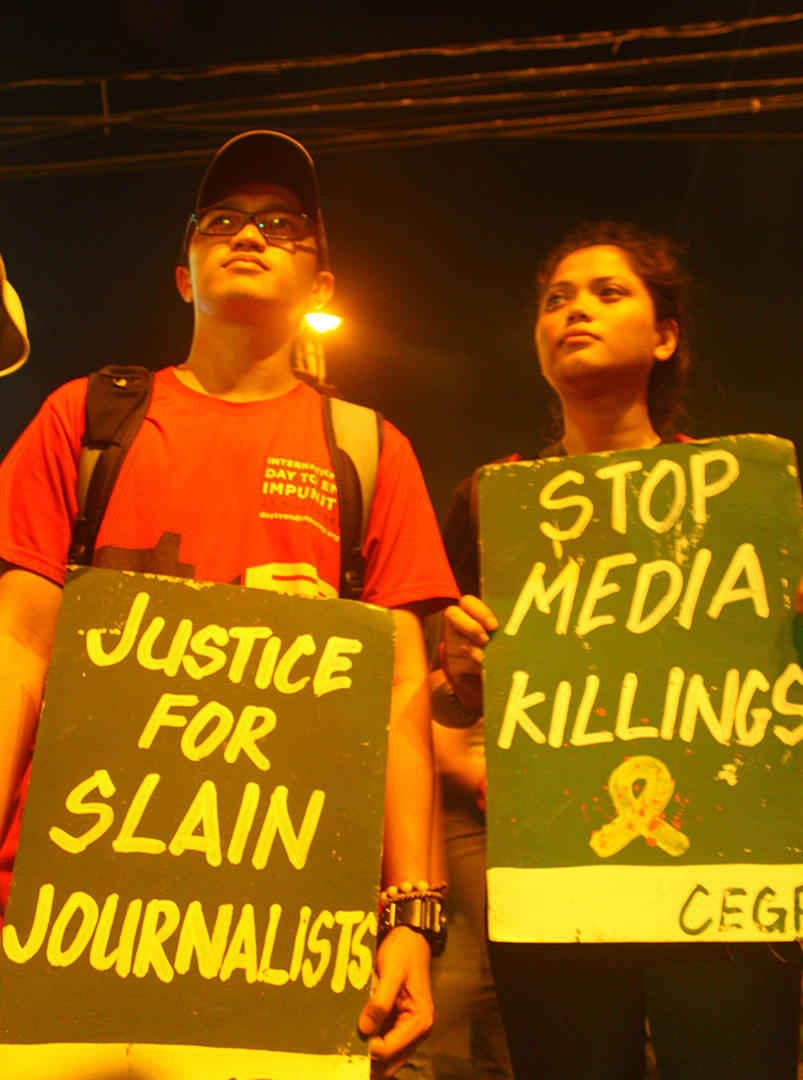 The group said that of the handful of media killings that have actually made it to the courts, most of the suspects are invariably from government – elected officials, government executives or members of the security services – and invariably accused of corruption.

Among these are the murders of Edgar Damalerio of Pagadian City, Marlene Esperat of Tacurong City, and Gerry Ortega of Puerto Princesa City, and the November 23, 2009 Ampatuan massacre.

Damalerio, known for exposing anomalous government transactions, was killed in May 2002. The suspect, police officer Guillermo Wapile, has not been arrested to this day. Esperat, meanwhile, wrote about alleged corruption involving agriculture officials. She was shot in front of her family on March 24, 2005.

In the case of Ortega, former Palawan governor Jose Reyes and his brother, former Coron town mayor Mario Reyes, were identified as the alleged masterminds by a self-confessed gunman.

The Ampatuan massacre, meanwhile, is the worst case of electoral violence in recent Philippine history and the single deadliest attack on journalists ever. The suspects are members of the powerful Ampatuan clan and state forces.

“We wonder if the President-elect is willing to face the orphans and widows of the victims of these killings and tell them, ‘They were killed because they were corrupt,’” Ryan Rosauro, NUJP chairperson, said.

Rosauro said that Duterte’s words might be interpreted as marching order by those with an axe to grind against a critical press.

In a statement, the College Editors Guild of the Philippines said Duterte’s statement “is a faulty generalization in which he failed to understand how the intensifying culture of impunity perpetuates the killing of journalists and media workers in their line of duty.”

Marc Lino Abila, CEGP national president, said, “He [Duterte] should be reminded that it is within his responsibility to address the already-worsening culture of impunity in the country.”