Around a hundred people from groups such as the League of Filipino Students (LFS), Anakbayan, Kabataan Partylist and the College Editors Guild of the Philippines stormed the front of the US Embassy in their call to junk inter-country treaties such as the Enhanced Defense Cooperation Agreement (Edca) and the Visiting Forces Agreement (VFA).


“We strongly condemn the increasing US intervention and military presence here in the Philippines,” LFS National Secretary-General Aries Gupit said in Filipino. Treaties such as the Edca and VFA put the Filipino in danger.

“There is the case of the murder of Jennifer Laude, a Filipina transgender, committed by US troops,” Gupit said. He also recalled the case of “Nicole” or Suzette Nicolas, the victim of the Subic Rape Case in 2005.


US Marine Lance Corporal Joseph Scott Pemberton, who was convicted only of homicide for Laude’s death, is being detained in a special facility inside Camp Aguinaldo. US Marine Lance Corporal Daniel Smith, who was convicted for Nicole’s rape, was later freed to return to the US after the victim withdrew charges. Both servicemen were participants in the war games under the VFA.

The protesters burned a replica of the Star-Spangled Banner in front of the US Embassy as they shouted calls to junk the treaties and end imperialism.


“The protest aims to show that the Filipino youth is against the staggering amount of US military presence in the country,” Gupit said.

The June 12 action caps off protests against the Aquino administration, he said. It is also a challenge to President-elect Duterte as he nears his inauguration day.


“We believe that China should back off our territory,” he said.

The youth protesters also called for the junking of the Aquino administration’s K to 12 general education program. Tomorrow, June 13, youth and student groups are geared for simultaneous mobilizations in several schools, as well as at the Department of Education (DepEd) national office.

Data from DepEd revealed a sudden drop in enrolees for public and private senior high schools.

“The DepEd said only 500,000 will be enrolling in Grade 11, compared to the expected two million students,” Gupit said. “At least one million will be deprived of their right to education,” he added.

Incoming President Duterte once expressed his dissent for the general education system during the campaign period. Upon his presumptive win, he was reportedly advised by the DepEd, convincing him to change his stance. 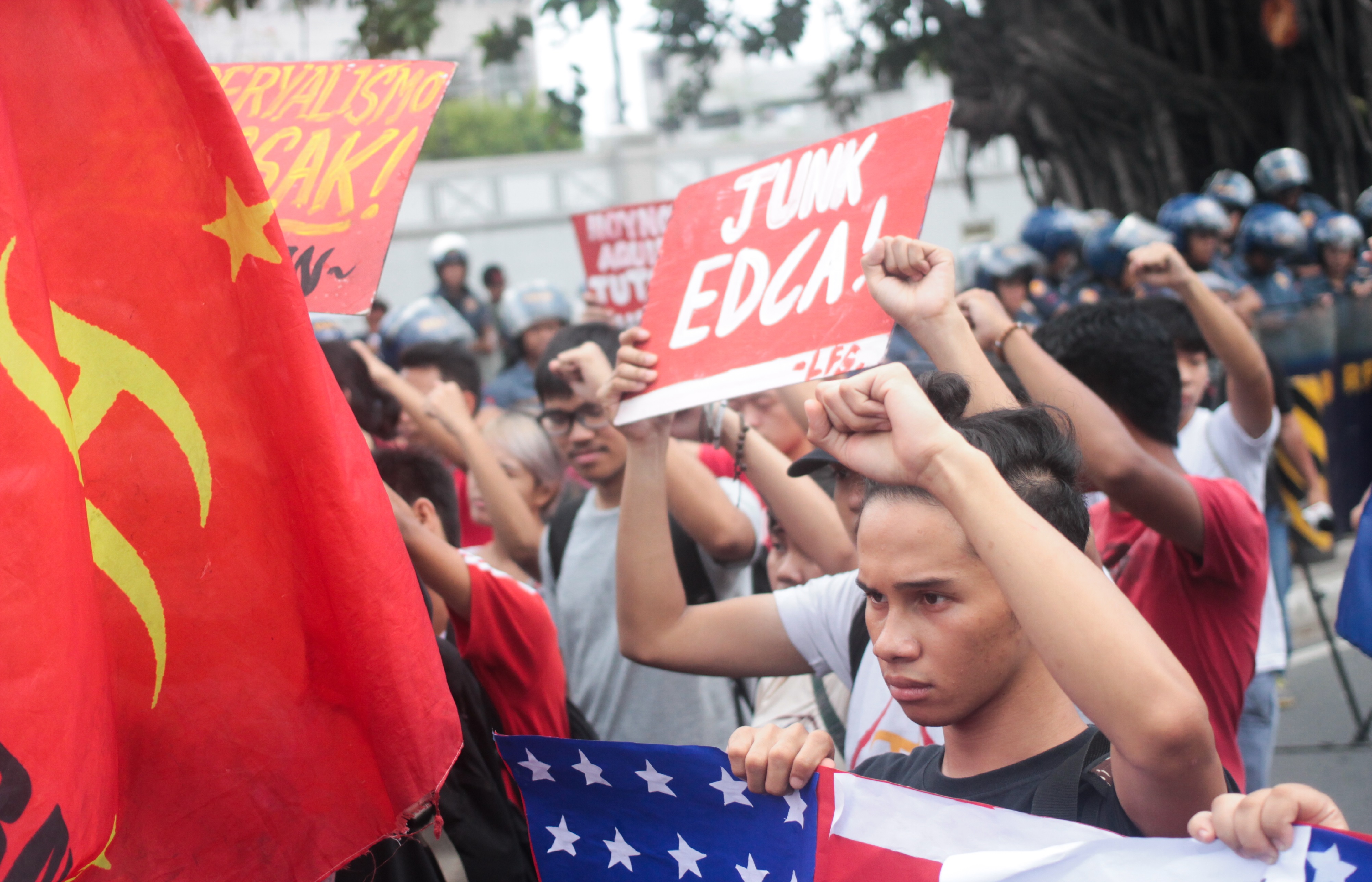 Gupit said that for the additional two years in senior high school, an estimated P100,000 to P200,000 is ($2,700 to $4,300) needed to cover expenses for the student’s school supplies and projects, aside from the tuition, if enrolled in a private school.

“This, we believe, is a strong reason why students have not even enrolled for this school year,” he said.