MRT3 contractuals to appeal for their jobs, question their ENDO 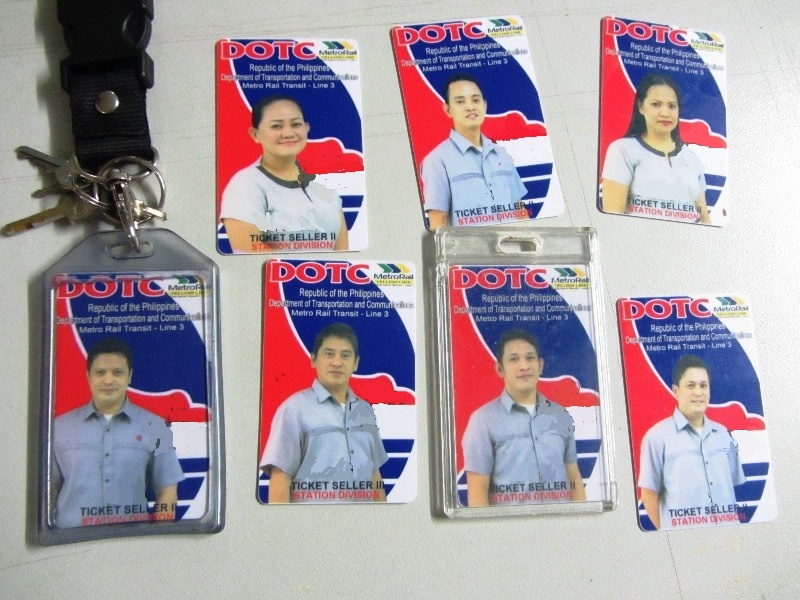 MANILA – For Ricardo Angeles, 53, a longtime contractual worker of Metro Rail Transit Line 3 (MRT3 or just MRT), regaining his job as ticket seller is very important. Having worked for MRT for more than a decade – as a contractual renewed every six months — he knows his job very well by now. Also, like his fellow long-time contractuals, he is setting much store on President Duterte’s promise of ending ENDO.

Angeles has worked at MRT for nearly 16 years. Last June 30th he got his usual ENDO (end of contract). But he was no longer signed up for another contract. The MRT management was alleging that he, and 51 other ticket sellers, had (technically) embezzled the “unconfirmed sales” that registered on their computers every time the new tap-and-go beepcard flashed “failure” at the turnstiles.

As Angeles shared events in their last couple of weeks with MRT, he recalled how stunned most of them had been. They tried to cope by appealing to authorities in MRT. They also seemed to chafe at the lack of due process.

Others, hearing how their fellow employees were ‘interrogated,’ brought a lawyer when it was their turn to face the management’s “fact-finding investigation.” The management reportedly just asked them how they did it, how they supposedly pocketed hundreds of thousand pesos of “unconfirmed sales”. The MRT ticket sellers said the MRT3 management gave their lawyer a tongue-lashing. But MRT itself conducted its “investigation” in the presence of its lawyer.

A couple of weeks after the MRT contractuals became jobless, Angeles and other affected ticket sellers trooped to the Department of Transportation (DOTr). They brought a petition letter to Transportation Secretary Arthur P. Tugade. They are appealing for due process and for their old jobs.

Before this last ENDO, Angeles said that every six months they were “renewed” on their job. At first, their contract lasted a year each. Then it became six months under former President Macapagal-Arroyo. They regularly went to work even when they had yet to sign a new contract.

But this time, the MRT3 management replaced them with lower paid contractual workers. Fewer than the number of dismissed ticket sellers, these new batch of contractuals and the remaining longtime contractuals are reportedly being forced to work an additional day each week.

The 50 longtime contractuals of MRT3 who were dismissed via ENDO and the 70 others who remained on the job, but under a shorter-term contract, comprise a fourth of the operations personnel of MRT3. They are mostly train drivers and ticket sellers.

Based on the Labor Code, they know they should have been regular after having worked beyond their probationary six months, and given also that they perform jobs which are considered essential and necessary to the business of the establishment.

But since MRT3 started operations, they said nearly all its workers are contractuals directly hired by the MRT and DOTr (formerly DOTC).

Workers maintaining the MRT3 train coaches and railroad tracks are under a different entity, under the DOTC-MRTC maintenance contractor. They are said to be worse off. Some are project-hired workers being paid by the number or units of work output (or the railways’ version of piece-rate system).

Experiences shared by some of the dismissed contractuals showed that in their desire to keep their jobs at MRT, they held back their criticisms at the way the MRT management was treating its workers or the railway system.

As a ticket seller told Bulatlat, they had learned to maintain a low profile, to avoid being spotted and singled out by the management as a “difficult employee.”

Even when they have been dismissed from their jobs due to beep card failures in the Ayala’s new tap-and-go system, they still have difficulty shaking off the habit of fearing management retaliation if they voice criticisms.

Forced overtime in MRT3 at no or delayed pay

An MRT3 contractual of seven years told Bulatlat of a standard forced mandatory overtime among MRT3 employees: “You have to complete a two-hour overtime (OT), or your less than two-hour OT, even if it was already one and a half hours, would not be counted.”

Another longtime contractual said if you arrived late for work, even for just a minute, the management could cite that as basis for not registering your two-hour overtime.

When that happens, the worker gets no pay for the overtime he or she rendered.

In past interviews by Bulatlat of MRT3 employees, they have disclosed that often, their overtime pay was given late – sometime months or a year later.

In fact, the 50 dismissed (ENDO’d) workers still have not received their overtime pay from January to June this year.

Also, “You can’t be absent even when you are sick, if you have no reliever,” said another MRT3 contractual worker.

“All these show that MRT lacks personnel, but they are not hiring more people,” a longtime contractual who asked that she be identified only as MJ told Bulatlat.

She said MRT employees end up having little to no rest day. Even work during holidays are being paid only the regular rates, the workers said.

If they happen to be sick, say, they are running a fever, MRT3 management still asks them to report to work. Only after the management have seen for themselves that the employee was indeed sick are they allowed to file for a sick leave.

“But by then we have traveled all the way to the office,” said another female ticket seller.

Beepcard failures do not seem to be the only way MRT3 contractuals could be denied their wages. A machine error in the reading of their biometrics could lose a worker a whole day’s wage, said another female MRT employee.

“You might have worked already for hours, but if the biometrics machine had had an error and classified your condition as sick, even when you are not and you have in fact worked for hours that day, MRT3 would still consider you on leave.”

As a result, the contractual’s rendered working hours would not be registered or paid.

MRT3 workers especially ticket sellers are also often at the receiving end of the commuters’ disgust with the worsening train service. Years of neglect of MRT3 have resulted to fewer running trains, slowness of the remaining functional trains, overcrowding at terminals and running trains. All these combined to generate impatience and short temper by commuters who might unwittingly take it out on the MRT3 frontline workers.

“When passengers complain about us, we are given a memo,” said an MRT contractual. They added that whenever commuters complained, MRT3 always considered it the workers’ fault.

MRT3 and Transportation authorities hardly apologize to the public for the inconveniences in what became of MRT3, but the employees at the front line are expected to bend and say sorry or face the blame whenever a commuter complained.

“Ever since, the MRT3 management has never sided with its employees,” said Marian, a ticket seller who worked for MRT for 13 years as a contractual.

Recall also that it was the MRT3 employees particularly the train drivers who were blamed by the train management when it overshot the railway two years ago.

The MRT employees have an association, but its president refused to be interviewed as to what services or help it plans to provide for its members.

Jay Quiamco, member of the MRT association’s board of directors and one of the contractuals who also got ENDO last month, told Bulatlat that even as they await word about their petition to the DOTr, they are also set to ask the Civil Service Commission to reconsider the MRT contractual ticket sellers’ case. He expressed hopes that their employees’ association may also help them secure their jobs.

In the face of growing criticisms of contractualization, the Duterte administration has made it clear that it wants to end the practice of ENDO, especially those being done just to avoid the legally mandated regularization of workers.