I’m writing this from the lush montane forests of the Daguma Mountain Ranges of Mindanao, Philippines, where the indigenous Dulangan Manobo people are in an arduous struggle against logging and mining corporations encroaching their land. Twelve of these companies are part of the extractives conglomerate David M Consunji, Inc. (DMCI). The Dulangan Manobo, who have lived in this haven for centuries, are at risk of not just losing their land, but also their lives, livelihood, culture, and identity that are deeply connected to the forests of the Daguma Range.

I was part of an international solidarity mission composed of 33 people from the United States, Palestine, Philippines and nearby local communities who have come to hear the stories of the Dulangan community and help shed light on their plight. From our starting point of Cotabato City, it took a day and a half of ‘skylab’ motorcycle rides and treks through the ridges and rivers to reach the warm Dulangan welcome that awaited us.

After a fresh vegetable meal and a tour of the village, we gathered in the local chapel to hear the stories of Datu (chieftain) Samuel, who is the spokesperson of the Dulangan people’s organization Kesasabanay Dulangan Manobo (KEDUMA).

“Since Consunji entered our domain, we lost our right to our own land. They told us that it is legal. When was it legal to steal land from the Dulangan, Teduray, Tboli, and Moro?” Datu Samuel asked.

The Dulangan’s struggle against private logging companies has its roots in the Spanish colonial trade which began logging our forests for lumber. It was during American colonial rule, however that logging in Mindanao scaled up considerably. In the reconstruction period after the Second World War, more and more foreign and local logging companies swarmed into this part of Mindanao.

In the 1970s, big businessman David Consunji consolidated most of the logging companies in the Philippines under one company, DMCI. Consunji, a close crony of the despotic President Marcos, rapidly dominated construction and logging ventures in the country through DMCI.

The Consunjis have consistently tapped paramilitary and military forces to assert control over their timber concessions, driving away the Lumad and other grassroots communities to the mountains. By use of force, they have silenced any form of resistance against their corporate interest.

Datu Samuel furthered, “One of our leaders, John Calaba, was shot last April 30, 2015, others are assaulted and threatened. Our homes have been burned and our crops have been slashed down. We will not allow the Consunjis and their military to reign over our ancestral land. They must pay for the crimes they’ve committed to our people.”

“We do not agree with coal mining. It damages our lives, and our livelihoods. We are saddened about how the government quickly pays attention to the needs of mining companies, but are very slow, if they respond at all, when we Lumad are the ones in need,” said one of the T’boli leaders who joined the mission.

DMCI continues its massive logging regime through the scheme of Integrated Forest Management Agreements (IFMA). An IFMA contract is entered into between the Department of Environment and Natural Resources (DENR) and a qualified applicant wherein DENR grants exclusive right to develop, manage, protect and utilize a specified area of forestland and forest resources for a period of 25 years, and may be renewed for another 25-year period.

Twelve IFMA contracts were given to the Consujis covering more than 102,954 hectares. IFMAs are supposedly the national government’s means to regulate forest resource utilization, but it has nevertheless been used to legalize the unabated corporate logging operations in different parts of the country.

Ten municipalities in south-central Mindanao are directly affected and exploited by several companies owned by the Consunjis under their IFMA contracts, covering the towns of Esperanza, Bagumbayan, Sen. Ninoy Aquino, Kalamansig, Lebak, Palimbang, and Isulan in Sultan Kudarat province, and Ampatuan and South Upi in Maguindanao. It is within these supposed forest management areas where the gold and coal mining concessions are also located.

The Lumad communities confronting the extractivist empire of DMCI are being harassed, intimidated, and murdered for simply trying to stop the rampant plunder that continues to run roughshod over their own land. Communities across the country face the same attacks, as we have recorded at least 96 cases of extrajudicial killlings since 2001 across the Philippines involving environmental defenders, many coming from indigenous people’s communities.

Bringing with us the collective pain, grief, indignation, and hope of the Dulangan Manobo, we made the long journey towards Davao City for the International Conference of People’s Rights in the Philippines (ICPRP).

More than 400 participants gathered in this conference coming from people’s and social movements, faith-based organisations, the academia, and human rights organizations from different parts of the globe to reaffirm our people’s commitment to support and defend people’s rights, justice, and peace in the Philippines, and strengthen ties of solidarity and resistance between the Filipino people and people all over the world.

The keynote of Prof. Camilo Perez-Bustillos, Executive Director of the Human Rights Center in the University of Dayton, captured the urgency of sharing our solidarity with the Lumad people’s struggles amidst impunity:

“Over a hundred years ago, it was well understood that the struggle for independence and liberation of the Philippines, Cuba, and Puerto Rico from both Spanish colonialism and the menace of US colonialism and imperialism were completely intertwined and interdependent. So now, we must understand and come up with a shared vision of global liberation which will not be complete until each one of us is free.”

The plight of the Lumad reflects various people’s struggles worldwide, as we heard similar stories in Indonesia, Pakistan, China, Japan, India, and Palestine. Our struggle, indeed, is a shared struggle of the people of the world.

These are stories we rarely hear from narratives of climate movements, when it is these frontline defenders who are our last line of defense for our remaining carbon sinks and climate-adaptive ecosystems.

When we talk about climate justice, we shouldn’t just count carbon dioxide emitted to the atmosphere, but must address the roots of the climate crisis—from the problem of worsening global warming to the heightening climate impacts we are already experiencing. It is the global economic system that is breeding plunder, oppression, and violence against the exploited majority.The Lumad’s struggles are shaking the very foundation of this system.

Right now, 400 Dulangan Manobos are being prevented from joining 5,000 Lumad from other areas across the South-Central Mindanao region in a huge gathering dubbed ‘Sadyandi’, which celebrates their continuing history of resistance for land, life and environment. We join them in heart and spirit from miles away, for as long as we are united in struggle, we know that victory is certain for the democratic aspirations of the Filipino people. 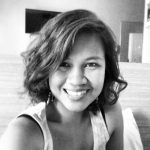