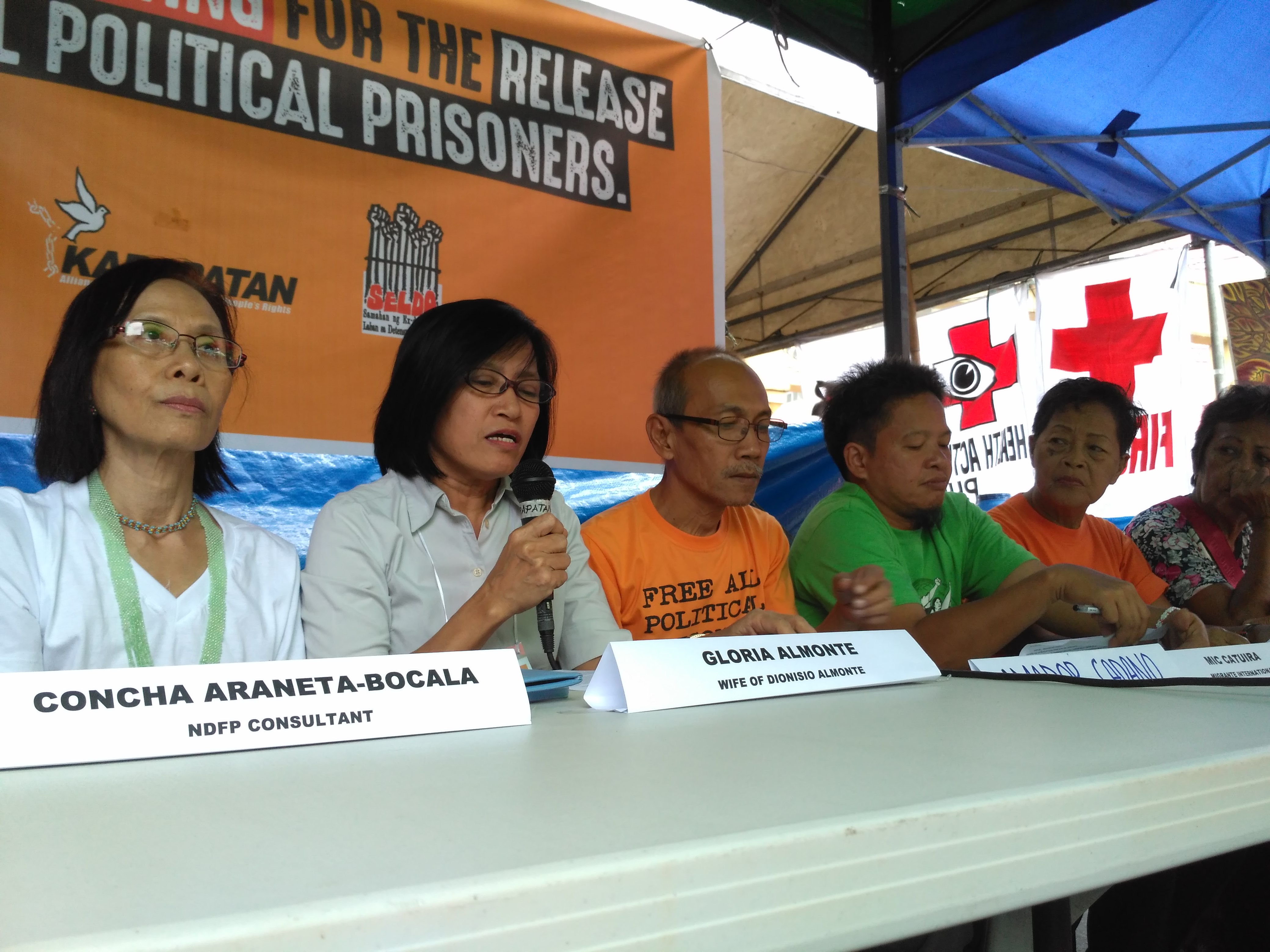 “Political prisoners are not bargaining chips.”

There are more than 400 political prisoners in various jails all over the country, according to human rights alliance Karapatan. Nineteen have been freed in line with the peace talks.

Cristina Palabay, Karapatan secretary general, reminded President Rodrigo Duterte that the release of political prisoners is an obligation. “This is not charity or a favor. This is not a gamble,” Palabay said in a press conference this morning, Dec. 7 at the foot of Chino Roces (formerly Mendiola) bridge.

NDFP peace consultant Concha Araneta-Bocala said the existence of political prisoners is a violation of the Comprehensive Agreement on Respect for Human Rights and International Humanitarian Law (CARHRIHL) and Joint Agreement on Safety and Immunity Guarantees (Jasig).

CARHRIHL upholds the Hernandez political doctrine, which prohibits criminalization of political dissent. Majority of over 400 political prisoners have been slapped with common nonbailable offenses, Palabay said.

Jasig, on the other hand, provides immunity and safety guarantees to all the participants in the peace talks. The NDFP consultants were released on bail; their cases remain pending in courts.

Dureza said “putting undue public pressure on the government which has already taken unprecedented steps may not yield their intended results.”

Cabusao said, “It is our right to express our sentiments on this issue.”

For relatives of political prisoners, every day is too long.

Pilar dela Peña, wife of political prisoner Gerardo dela Peña travelled all the way from Bicol while Maria Ortiz, whose sons Dennis and Jovy are detained, came from Macalelon, Quezon to join the protest in Manila.

At least 76 political prisoners have gone on hunger strike today while 122 others vowed to continue their fasting, Palabay said.