“There is no reason now for the GRP JMC to renege on its role to investigate the at least 4,000 complaints filed against GRP State security forces since 2004.” – Cristina Palabay, Karapatan secretary general and independent observer to the JMC on CARHRIHL.

The Supplemental Guidelines of the Joint Monitoring Committee (JMC) for the Comprehensive Agreement on Respect for Human Rights and International Humanitarian Law (CARHRIHL) was signed by both parties.

GRP panel chairperson Silvestre Bello III said, “I am indeed very glad that this CARHRIHL, which I was privileged to negotiate with the NDFP in 1998 now come into actual fruition with the adoption of Supplemental Guidelines for the full operation of its JMC.”

CARHRIHL is the first substantive agenda in the GRP-NDFP peace talks, according to the Hague Joint Declaration. It provides for the formation of the JMC tasked to monitor the implementation of the agreement. The respective Secretariats of both parties have been receiving complaints on CARHRIHL violations. 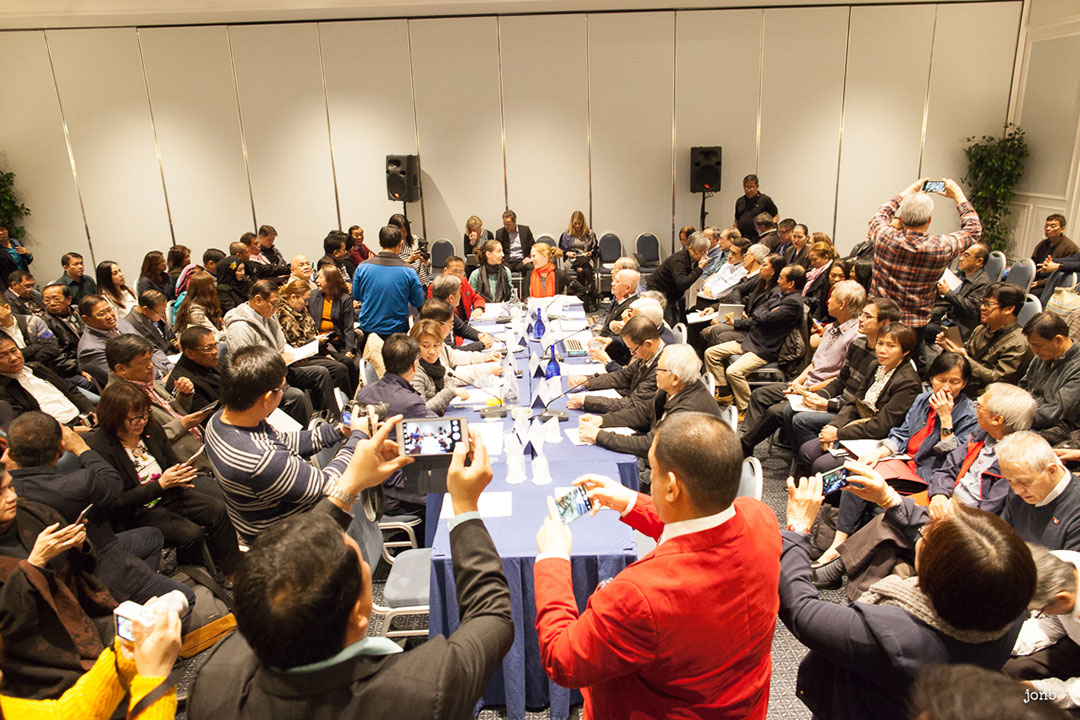 NDFP peace panel chairperson Fidel Agcaoili underscored the importance of the Supplemental Guidelines, which shall govern the operations of the JMC as well as the Joint Secretariat in the Philippines. Agcaoili said the guidelines will help the processing of complaints of violations to human rights and international humanitarian law (HR-IHL) by both parties.

Agcaoili revealed that the draft of the guidelines was prepared in 2011 and signed but was withdrawn by the GRP.

“[This is] Definitely an advance in the ongoing peace negotiations,” Agcaoili said.

Human rights group Karapatan welcomed the signing of the guidelines.

Cristina Palabay, Karapatan secretary general and independent observer to the JMC on CARHRIHL, said there is no reason now for the GRP JMC to renege on its role to investigate the at least 4,000 complaints filed against GRP State security forces since 2004.

In a statement released yesterday, Palabay called on the GRP to investigate serious violations of the CARHRIHL under the Duterte administration. These include ten cases of extrajudicial killing, two cases of enforced disappearances, more than 7,800 case of military occupation of schools, medical, religious an dither public places, among others.

As of August 31 last year, the GRP panel said it received 1,927 complaint forms against the NDFP. Meanwhile, the GRP received 4,735 complaints of alleged violations of HR-IHL.

The third round of talks between the GRP and the NDFP is expected to end on Jan. 25.