Health workers to Duterte: ‘Where is your heart?’ 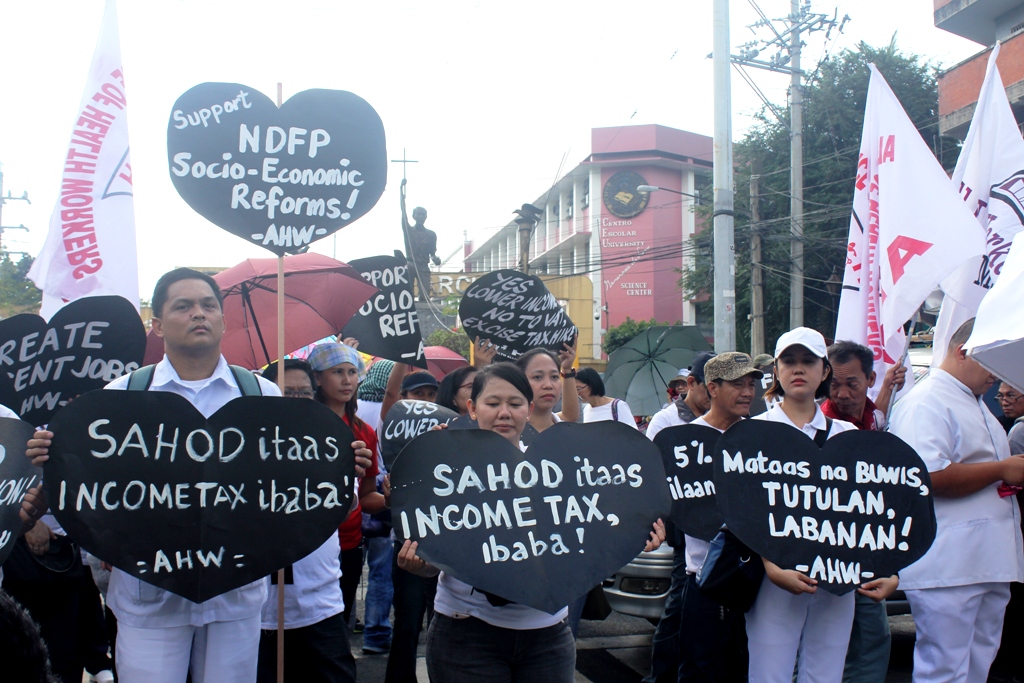 On V-day, health workers are not feeling any love from government.

MANILA – It was another “black heart” Valentine’s day for health workers who still clamor for change, as they amplified their call for a national wage increase and an end to contractualization and the privatization of government hospitals. They carried these calls on a black hearts to symbolize the government’s callousness to their long-time demands.

Led by the Alliance of Health Workers (AHW), groups marched from España avenue here in Manila to Chino Roces (Mendiola) bridge. They asked, “Where is your heart, President Duterte?”

Robert Mendoza, president of AHW lamented that up to now, government has not acted on their calls despite a promise of change. The same old policies were still implemented and are worse, said Mendoza. 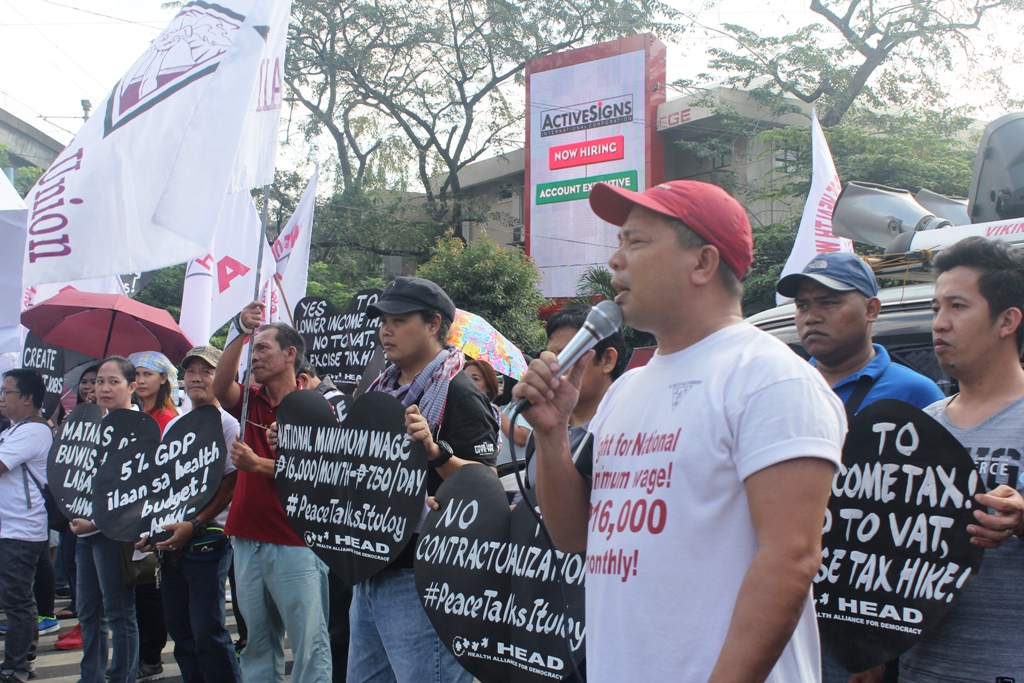 Mendoza said that contractualization in the Department of Health (DOH) continues through contract of service, job orders, agency-hires and nurse deployment program among others.

“Contractualization policy is rampant both in public and private sector which brings down wages, no security of tenure and no democratic rights,” said Mendoza.

“Narito tayo ngayon hindi para humugot, kundi magprotesta,” said Jocelyn Santos-Andamo, secretary general of Filipino Nurses United. She said nurses are dismayed because their working condition has not improved, as nurses are on-duty beyond 12 hours due to lack of nurses. 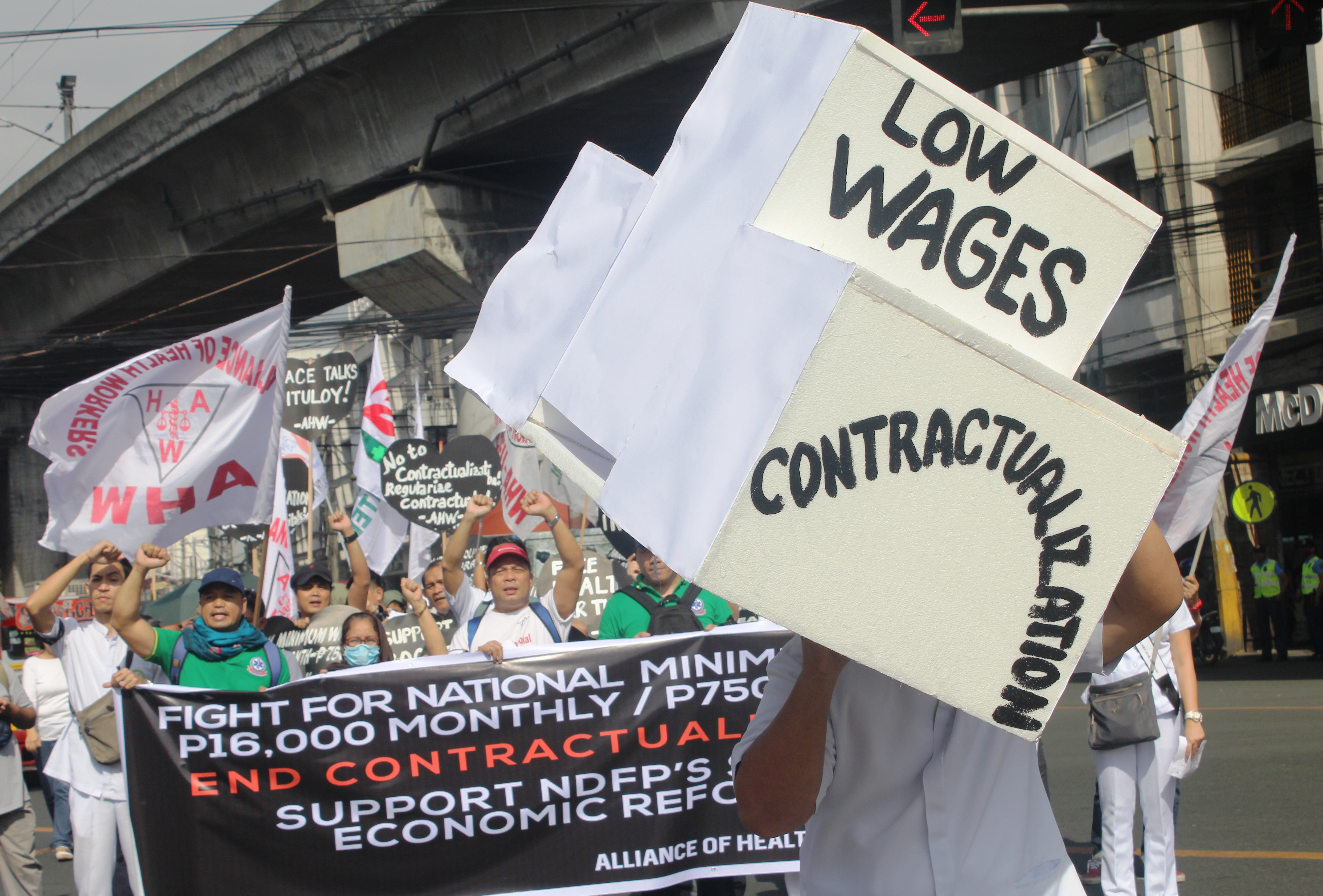 They also called on Duterte to continue the peace negotiations between the Government of the Philippines and the National Democratic Front of the Philippines (NDFP) to address the roots of poverty, especially the exploitation of health workers through contractualization.

Mendoza said health workers’ issues should have been discussed in the peace negotiations as it is included in the substantive agenda, the draft Comprehensive Agreement on Social and Economic Reforms (Caser). The Caser has specific articles on the rights of workers in public and private sector, including health workers.