“Mining destroys our lives, our livelihood, our future.”

MANILA – The most visible lobbyist for mining operations in the country, the Chamber of Mines of the Philippines or COMP, got ‘awarded’ once more with a closure order, delivered personally by members of communities whose lives have been changed for the worse by mining. It has been 22 years since the Mining Act of 1995 took effect. COMP has been one of the top promoters if not the top promoter itself of mining liberalization in the country, according to environmentalist network Kalikasan PNE.

On Friday, March 3, students, church people, and young scientists joined by community leaders from Zambales and Nueva Vizcaya, trooped to the Chamber of Mines in Ortigas. Although initially barred from entering the grounds, the protesters successfully asserted in holding their program at the doorstep of the building housing COMP’s offices.

The women leaders were shaking in anger as they spoke of the mining companies’ injustices. Celia Bahag, Nueva Vizcaya Councilor and board member of the Samahang Pang Karapatan ng Katutubong Magsasaka at Manggagawa (SAPAKKMMI), asked how come the lobbyists in COMP could sleep knowing that the operations of mining companies have dried out and poisoned their riverbeds and farms.

Less than four months before, other women, from Benguet, told Bulatlat as they joined fellow mining-affected communities in protesting before COMP, how their people are getting desperate and forced to vacate their villages in search of another livelihood. Mining has poisoned their water and soil.

“Mining destroys our lives, our livelihood, our future,” said Reverend Irma Balaba, spokesperson of Scrap the Mining Network. Speaking at the doorstep of COMP, she asked the people of COMP: “Don’t you feel ashamed feeding your loved ones through money earned from destroying other people’s lives?”

“What kind of faith do you observe?” she asked. All over the Philippines where there is mining, she said many are even more impoverished today no thanks to the impact of mining. And many have also given their lives in defending the environment. Over 80 environment defenders have reportedly been killed by state troops or its supported paramilitary groups for the sake of mining projects.

COMP in the business of deception for mining?

Rev. Irma Balaba also said in front of COMP that it is only right to close down this “shameful agency.”

Based on the experiences in communities and environmental investigations of scientists, COMP’s repeated statements promoting mining have little to no basis in fact. “It’s not true that the mines we have now in the country are helping us,” said April Porteria, head of Research and Advocacy unit of the Center for Environmental Concerns.

No matter how many million pesos worth of investments the COMP claims the mining companies are bringing here, Filipinos hardly benefit from it. That’s because overall, Porteria said, export-oriented mining “gives no beneficial effect as no local industries benefit from our minerals.”

It means no jobs are created here beyond extracting and carting off the minerals. It means that after all the minerals have been extracted and brought out of the country, the Philippines has nothing to show for it. “Trucks upon trucks of mineral-rich soil are being carted away every day, serving the industries of other countries,” Porteria said.

Over the past 20 years, the mining companies have brought out of the country 93.4 percent of the total mineral wealth it extracted from the country’s mine sites, Kalikasan PNE said in a statement. They based it on government data itself.

Data of the Mines and Geosciences Bureau (MGB) showed that from 1997 to 2015, the total mineral production value generated by the mining industry was at P1.69 trillion while total export in the same period was at P1.59 trillion.

This is plunder, said Kalikasan PNE. The Chamber of Mines does not tackle the implication of these data when it mentions the investments being brought to the country by mining companies.

The proposed People’s Mining Bill in Congress is seeking to address this by orienting mining to Philippine industrialization instead. 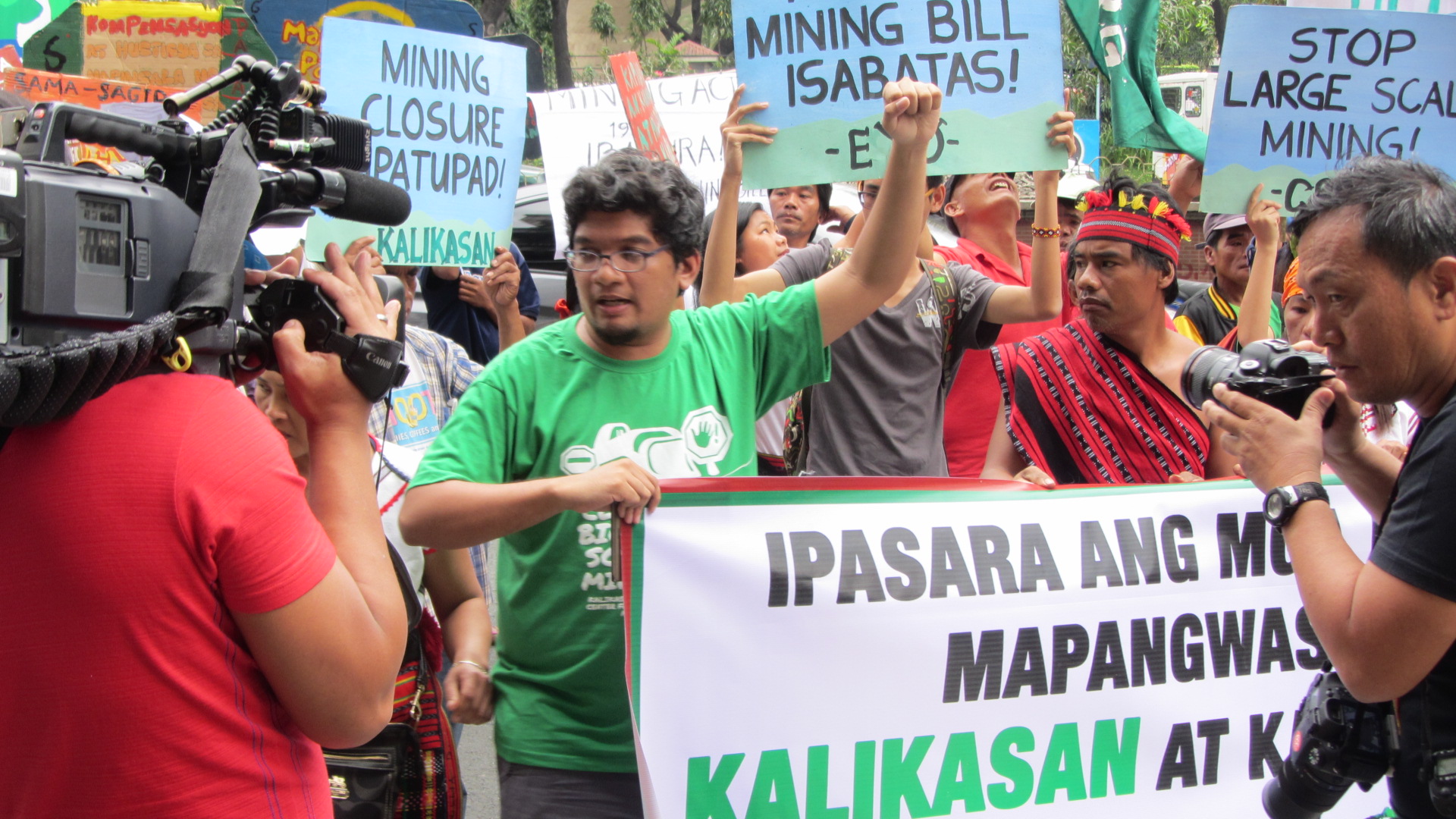 Kalikasan PNE says it is bad enough that over 90 percent of extracted minerals are being brought out of the country. What is worse is that of the total amount earned from export, the Philippine government got only 11.8 percent – or just a peso for every P10 that goes to the mining companies.

Audit the cost of the people’s losses due to mining

The COMP is talking about investments brought in by mining companies, and warning the Philippines could lose this. The host communities are talking not just of gaining nothing from the extracted minerals, but also of bearing the cost of destroyed livelihoods due to mining, the cost of poisoned rivers and soil, deforested mountains, illnesses and greater vulnerabilities to climate change.

Mining-affected communities and environmentalists want the Department of Environment and Natural Resources (DENR) to uphold the closure and suspension of most of the big mines in the country. This, they reasoned, is not just because mining operations have proven adverse environmental and social impacts as the Department of the Environment and Natural Resources (DENR) found out in its recent audit. It is also “to give time for authorities to determine the extent of our losses from the costs of plunder and environmental damages,” said Leon Dulce, campaign coordinator of Kalikasan PNE.